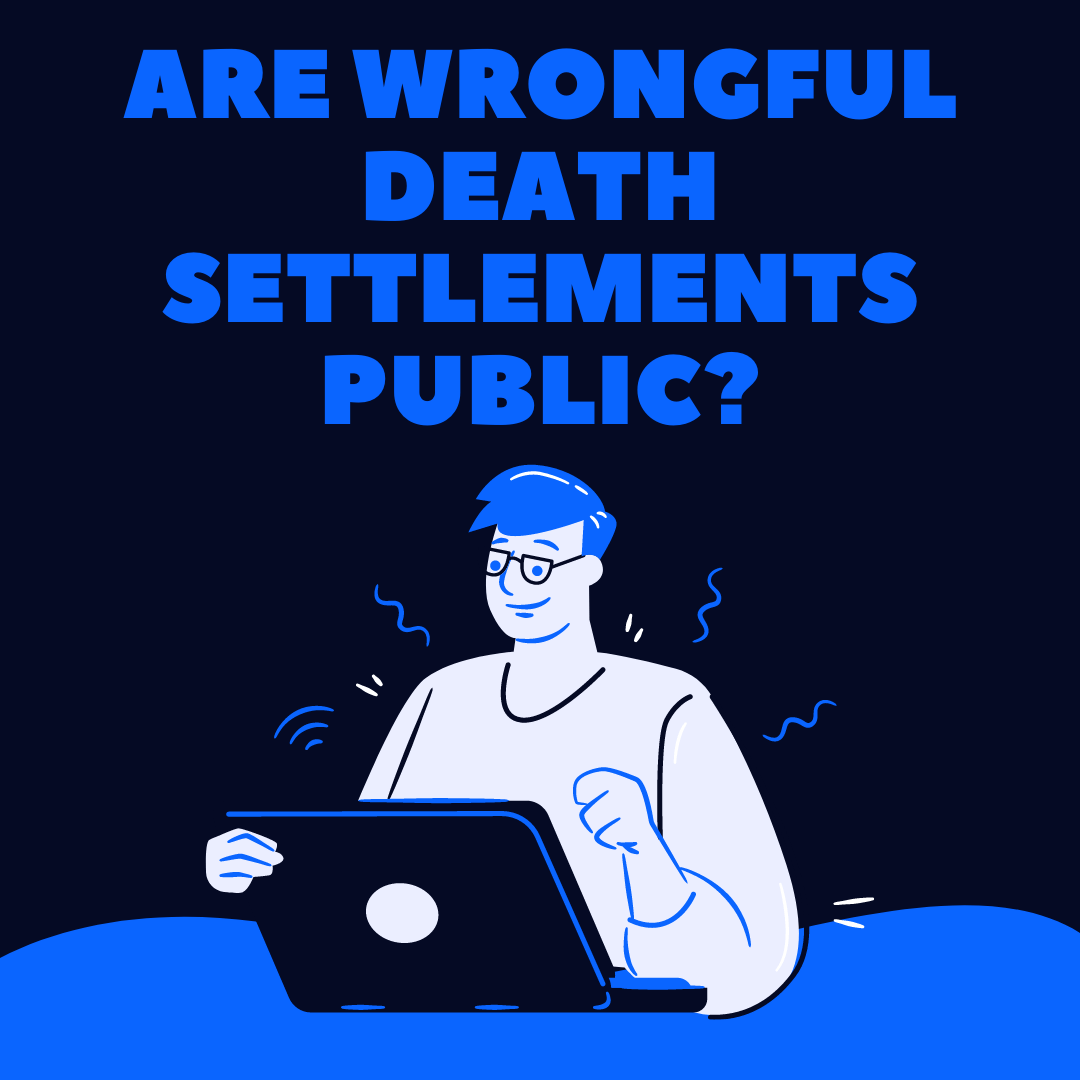 No, generally wrongful death settlements are not public record.

However, in some isolated cases and situations, the records of a wrongful death settlement may be accessible by the public.

Are Wrongful Death Settlements Public Record? (Why or Why Not?)

A key aspect of understanding why the records of a wrongful death settlements are tough to access (and not public record) is understanding the process.

Specifically, when and how that settlement came about.

In general, a “wrongful death settlement” is an agreement by the parties involved that the case should go no further.

Usually the parties sign a paperwork stating all of the agreements of the parties, whether those are promises to do something (or to not do something), or to pay money.

In most cases, this type of settlement happens before a court case is filed, which means that there is no court clerks, judges, or public records filings involved.

This part of the process has many names, but is often known as a “demand” or “settlement demand.”

After the demand, there is usually a period of back and forth negotiating between the lawyers of the parties, which often produces a settlement result.

Again, this happens well before the complaint gets filed with the court.

All of the parties get a copy of the off the record settlement documents, and these copies go into the private files of the parties.

The public generally does not have the right to access the private files of private parties.

Strangely enough, there is no central government agency like the Social Security Administration where the settlement agreement has to be filed to be effective.

It’s pretty amazing that we need the government’s oversight and involvement to drive a vehicle, to fish, to hunt, and more.

But there’s often no oversight in a situation where hundreds or maybe even millions of dollars are at stake.

In fact, many settlement agreement specifically forbid the involved parties from disclosing the amount or other details about the settlement.

What If The Court Case Has Already Been Filed? Can The Parties Still Settle Confidentially?

Great question. A settlement can occur off the record even after a court case has been filed, even after the jury trial has already begun.

(Unless, that is, the judge has ruled/ordered that there can be no settlements after the jury has been impaneled. This does happen some times, with the goal of lighting a fire under the parties to settle the case quickly if it can be settled to avoid the cost inconvenience that comes with a jury trial).

In general, the settlement agreement documents are not filed anywhere, like the legal complaint, answer, or judgment would have to be filed.

Are There Circumstances When A Wrongful Death Settlement Does Become Public Record?

The details (and settlement documents) of a wrongful death settlement do become public in some specific instances (which vary depending on the state or court the case is in).

When The Probate/Estate Case Requires Approval

In some states, when a wrongful death case is settled by the personal representative or executor of the estate (belonging to the person who wrongfully died), a judge’s approval of the settlement is required.

Usually, the executor’s attorney will have to file a petition for approval of the proposed settlement arrangement, along with copies of the actual settlement agreement.

Unless the parties move to make the petition for approval a closed or private proceeding, the petition and attachments (which include the settlement agreement documents signed by the parties) will be subject to public records laws applicable in the state, court, or jurisdiction the case is in.

This means that other people (including the media) could request copies of the settlement documents.

However, many people who are interested in learning about the settlement amount fail to find these records because of their lack of knowledge about how to find public records.

They don’t necessarily realize that the court case would be called something else (not the name of the person who died), and fail to realize that there is an active case with relevant documents.

When The Surviving Family Members Are Minors

In many jurisdictions, if the survivors or the people who are in a position to receive money paid out in a wrongful death settlement are minors, the court’s involvement is necessary.

Like the probate/estate case noted above, the judge’s approval may be required for the attorneys and parties to move forward with a settlement.

This is to protect the underage individuals, and also to make sure that the young people are not being taken advantage of by other involved parties.

In most cases, the court will also continue to monitor the funds set aside for the minor child or children until he/she/they reach 18 years of age.

This may require that the parties helping the children file regular reports with the court about where the funds are, and what they have been used for.

The court may also require that approval be granted before any of the minor’s funds be used for any purpose.

Again, unless the parties move to make the associated court case for the benefit of the minor/minors private, the public can access the petition for approval, as well as get any associated attachments which will probably detail what the settlement was all about.

When The Surviving Parties Fight Over The Proceeds

Sadly, when there is a lot of money involved, the worst comes out in people.

In most cases, there are some pretty specific laws about who is entitled to pursue and benefit from a wrongful death action.

When those laws don’t include specific people, or someone who would otherwise be entitled to funds doesn’t get those funds, lawyers get involved.

Sometimes the parties don’t agree on the settlement.

In objections to the settlement, court cases to resolve the disposition of the funds will generally set forth the settlement details on the record, and the public can get access to those.

When The Involved Parties Are Public Entities

In general, unless there is a statute that requires approval of the settlement, the settlement paperwork does not get filed anywhere.

However, a copy of the settlement documents could potentially be requested if any of the involved parties are public or government agencies.

For example, you might see a wrongful death claim resulting from:

If the government agency is one that is subject to public records laws, many of the documents associated with the case (including the settlement documentation) may be available as part of the public record.

For example, you may be able to request correspondence, police reports and other evidentiary documents, and other statements or investigation prepared in advance of trial (such as a deposition).

Public records request laws can be very complex depending upon what records you are seeking and where you are seeking to get them from, as many exceptions and privileges apply protecting the public from accessing documents that are particularly sensitive (like health information).

Laws will vary depending upon your location.