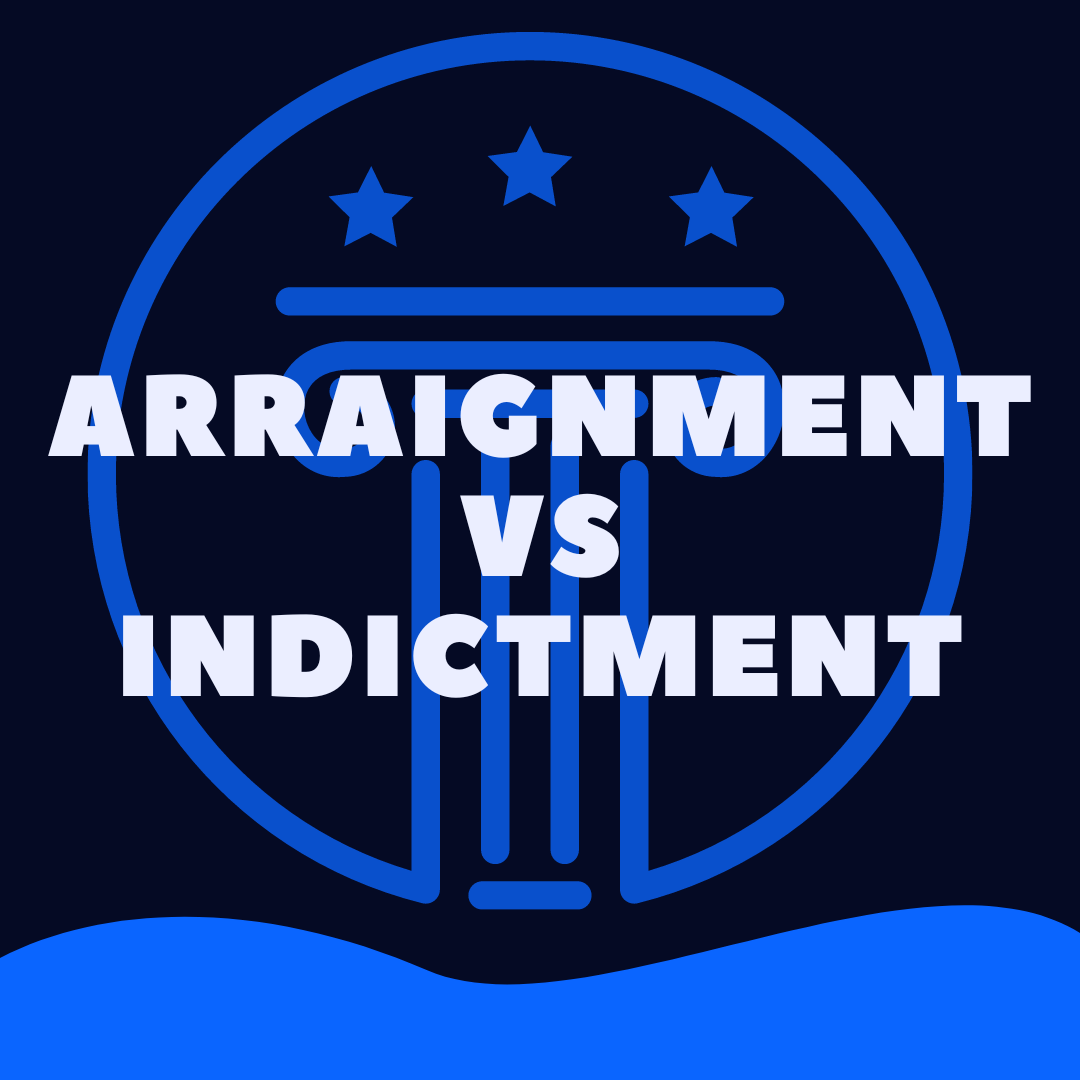 An arraignment is a court hearing, and an indictment is a formal document listing the crimes against a defendant.

In the article that follows, we’ll explain each more in depth.

Arraignment vs Indictment: What’s The Difference?

An arraignment is a formal reading of criminal charges in front of a judge.

It’s the first step in the criminal justice process, and it’s where a defendant enters a plea of guilty or not guilty.

The judge also offers to read the charges to the defendant.

This is also an opportunity for the defendant to seek the assistance of court appointed counsel.

The next court appearance is usually set during this hearing.

The parties may discuss bail or other pre-trial release considerations, such as no-contact orders or restrictions.

Once the defendant has been arraignment, the defendant’s rights to discovery and to a speedy trial come into play. (The clock is ticking!)

At arraignment, most defendants have not had the opportunity to confer with an attorney, review discovery, investigate the case, consider the evidence, or negotiate with the prosecutor.

For these reasons, the court takes the position that the defendant cannot knowingly, voluntarily, and intelligently enter a plea of guilt at that stage.

For defendants with an attorney, it can take less than a minute, because the lawyer takes on the responsibility of explaining the defendant’s rights and the charges to him.

Even if the parties wanted to do more at the hearing, the court does not allow it as there is only a limited amount of time on the docket for the court to get through all the defendants that need to be arraigned.

What Does NOT Happen at Arraignment?

The trial does not happen.

Witnesses are not called.

Law enforcement does not appear.

Major decisions in the case are not made.

There are no attempts to prove the charges in the case.

Motions are not filed.

What is an Indictment?

An indictment is a formal document that lists the charges against a defendant. It’s handed down by a grand jury, and it’s required for felonies and serious misdemeanors in some states.

Without the indictment, felonies and some serious misdemeanors cannot proceed to trial.

What is the Prosecutor’s Role in the Indictment process?

Funny enough, once an Indictment has been issued, the defendant has to be “arraigned” on the Indictment.

This means that the defendant might have to appear at a special hearing (arraignment) just to be notified officially of the charges contained in the Indictment.

In fact, any time the charges are changed/amended (with the exception of dismissal), the defendant has to be arraigned on the amended charges.

Summary: what’s the difference between an arraignment and an indictment?