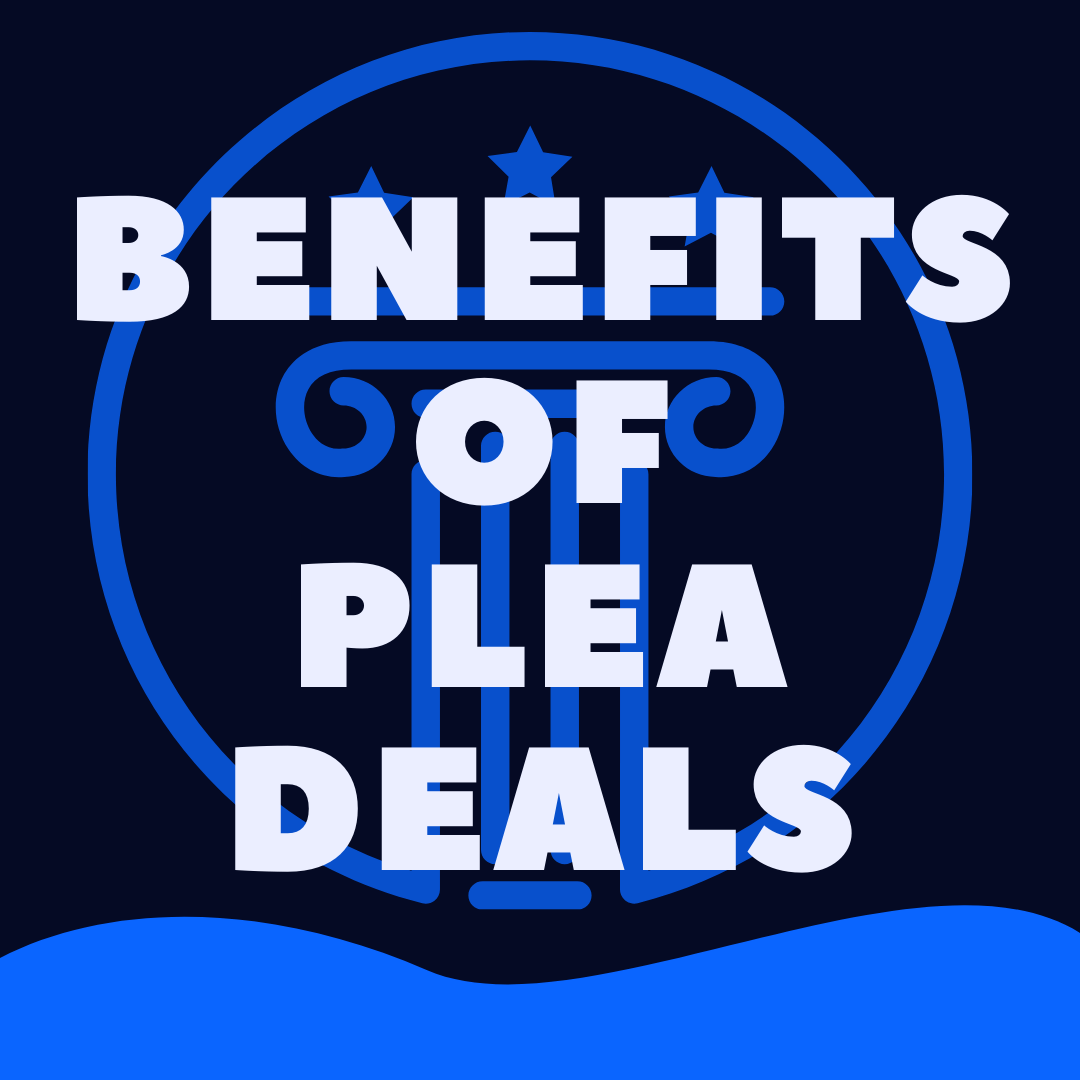 Plea bargains are not perfect, and most parties leave the table after a deal is reached feeling unsatisfied.

In this article, we’ll explain the benefits of plea bargaining for prosecutors.

Benefits of Plea Bargaining For Prosecutors

One of the primary reasons prosecutors offer plea deals (and negotiate) is to help them resolve cases as quickly as possible.

Prosecutors often have a case load of hundreds of cases.

Each of those cases has a defendant, a crowd of witnesses, and evidence to manage and keep track of.

Each of those cases needs to be reviewed, analyzed, and prepared for trial.

There are not enough hours in the day for the prosecutor to prepare every case for trial and take it to trial, even if the prosecutor was 100% certain that the case was a winner.

Plea deals allow prosecutors to clear out cases that don’t require a trial, so they can focus their energy on the cases that need it.

If the prosecutor does not offer plea deals, each case would have to be prepared for trial.

Trials are a financial burden on the government.

And remember, the prosecution is an arm of the government.

When a prosecutor takes a care to trial, there are a lot of costs, such as:

The jurors who are called (who don’t end up serving) are significantly inconvenienced as well.

Because trial costs a lot, prosecutors try to only take the cases to trial that need to be there.

Prosecutors are trained to ‘charge’ or ‘file’ cases where they perceive the evidence to be sufficient to win a jury verdict of guilty (beyond a reasonable doubt).

If the evidence does not rise to that level, they generally ‘no file’ or send the case back to law enforcement for additional work.

But as cases proceed through discovery, the prosecutor’s case can weaken.

Sometimes the involvement of a particularly skilled defense attorney or investigator can make a prosecutor feel less confident about securing a guilty verdict, even though the evidence might support it.

While a plea bargain might involve the defendant obtaining a conviction to a less serious charge, the prosecutor can leave the table happy with a guaranteed outcome.

They may feel that a guilty plea and conviction in the case is superior to the change of a ‘not guilty’ verdict at trial, with the defendant escaping any sort of punishment.

Sadly, many defendants are what we call “frequent fliers.”

There are some individuals who prosecutors are confident “will be back.”

As a defendant commits more crimes, and accumulates more convictions, the punishments increase in severity.

A prosecutor might choose to offer a plea to avoid the expense of trial where the punishment is likely to be only probation, especially when it is likely that the defendant will reoffend in the near future.

Naturally, the prosecutor has to weigh the burden of letting a defendant off lightly against the risk that the next time, someone could be really hurt or killed by the defendant.

We often see case building efforts in states where there are more extremely punishments for multiple offenses, like with property crimes.

First strike, not a tough sentence.

In some states, the ‘three strikes’ laws make even take the control out of the judge’s hands at sentencing.

In case building, the saavy prosecutor may be looking a few years down the road, rather than trying to secure the maximum sentence right now.

Right Thing To Do

Prosecutors do not ignore the circumstances or characteristics of the defendant.

While a defendant may have committed a crime, there may be good reasons to cut him a break.

Maybe he is young, or maybe a conviction will cause him to lose his job which he uses to support his family.

Maybe there were circumstances that justified the behavior.

Prosecutors will offer plea deals sometimes when it feels like the right thing to do for the defendant and for the community at large.