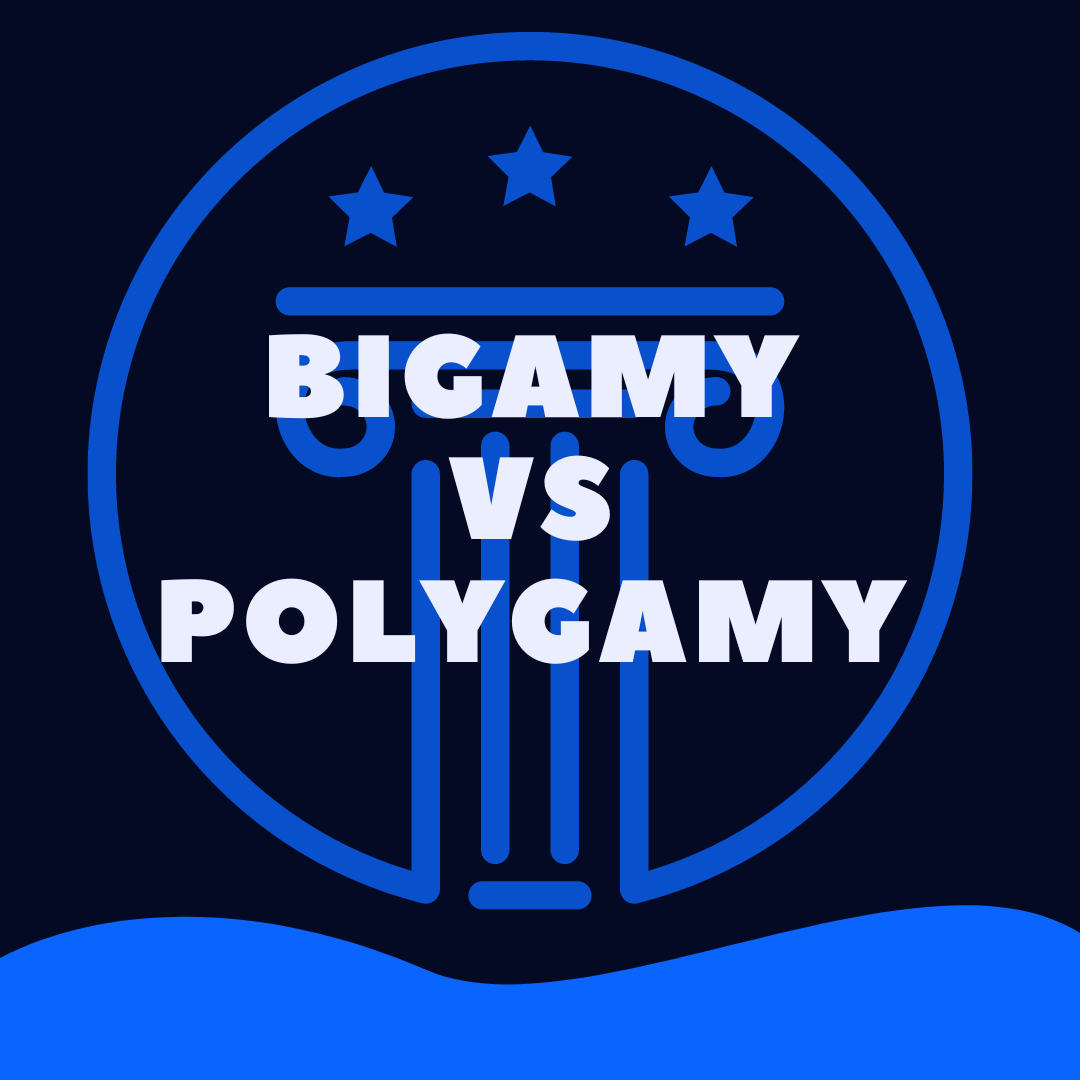 Answer: Bigamy is the legal term for committing the criminal offense of entering into a marriage with the knowledge that one of the individuals to the married is already married to someone else, while polygamy is the term used to describe the practice of one individual marrying multiple individuals.

In practice there are many more differences between these two terms.

Bigamy vs Polygamy: What’s the Difference?

It is possible for someone to commit bigamy openly, with the first spouse having knowledge of the second spouse.

That being said, in general (at least in the United States), bigamy tends to happen in two ways:

Bigamy may be practiced with knowledge between the spouses in the United States, but this is not talked about openly because the practice of having more than one partner is not accepted, and let’s not forget the criminal implications.

In general, bigamists tend to keep their households separate.

The second marriage is usually held in the same manner as the first marriage, meaning with all the trappings to make it a legal marriage under the laws of the state and country.

While bigamists tend to keep their families/spouses separate, polygamists often reside in the some home or near each other, and their families mix.

The polygamist marriage ceremony may occur without the trappings that would cause it to become a valid marriage under the law.

Polygamy is often a religious or cultural practice.

Are Bigamy and Polygamy the Same?

Depending on how you view the definitions of bigamy, bigamy could be considered polygamy and vice versa.

Bigamy is the practice of getting married again before a subsequent marriage was terminated by divorce, annulment, or death.

Polygamy is ALSO the practice of getting married again before a subsequent marriage was terminated by divorce, annulment, or death.

For the purposes of criminal implications, bigamy can be used to charge an individual with the crime if the elements are met, regardless of how many wives someone has married before terminating the previously valid marriage.

Some states may have specific statutes aimed at deterring polygamy specifically, criminalizing the conduct even if the ‘marriages’ were not held with the trappings of a valid marriage.