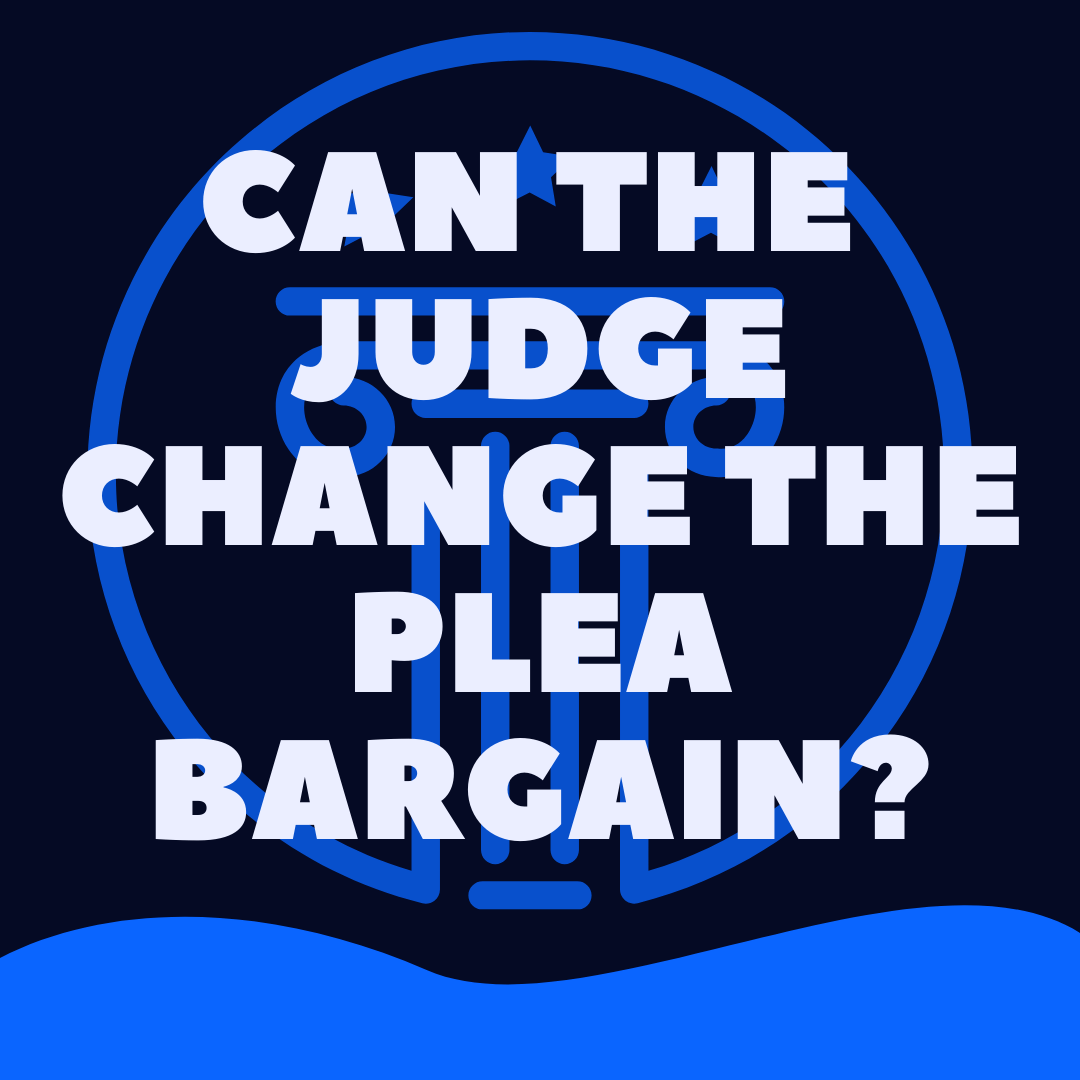 Yes, but sometimes no.

I depends upon how the plea bargain was reached.

Sometimes the lawyers will confer with the judge during the negotiations period about “being bound” to the plea and agreed upon sentence.

In the article that follows, we’ll talk about how plea bargains are reached and whether a judge can change the plea bargain at sentencing.

Can A Judge Change A Plea Bargain At Sentencing? (EXPLAINED)

What Is A Plea Bargain?

This plea bargain usually involves a plea of guilty to a charge or multiple charges, in exchange for something.

The plea could also be a no contest plea, or even an Alford plea.

The prosecutor gets his guilty pleas, and then defendant gets something, such as:

How Are Plea Bargains Achieved?

Behind the scenes of criminal cases, the lawyers are constantly talking about the case.

In general, in major criminal cases, negotiations wait until after the evidence has been reviewed so that the defendant can be apprised of his chances at trial before considering a plea deal.

But in low level misdemeanor cases, it is common for the prosecutor to offer the defendant a plea deal very early on in the case, sometimes even at arraignment.

Sometimes plea deals are achieved with phone calls or emails between lawyers.

Sometimes the parties attend a settlement conference with the judge to try and hammer out a resolution.

Does The Judge Have To Go Along With The Deal?

Absent a specific set of circumstances, the judge does not have to follow the negotiations in the case.

A change of plea and sentencing hearing usually goes something like this:

When Does The Judge HAVE To Adhere To The Plea Bargain?

There is only one instance that I know of where a judge has to follow the terms of the plea deal, and that is if and when the judge agrees to be “bound” by the negotiations.

In this situation, the judge will agree to deliver the agreed upon sentence in court.

Sometimes the agreement by the judge to be bound is just want to the defendant needs to feel comfortable entering a plea.

(It is quite scary to put your fate into the hands of someone else).

To agree to be bound though, judges need the parties to do several things in advance of the hearing:

Judges do not want to be surprised by the facts at the sentencing hearing.

I have seen a judge who agreed to be bound change his mind during a sentencing hearing on the grounds that the facts provided to him in advance were not the same as the ones presented at the sentencing hearing.

But rather than issue his own sentence, he allowed the defendant to withdraw his previous plea of guilt, and ended the hearing without sentencing the defendant.

While a judge can agree to be bound, he will also act within his own conscience.