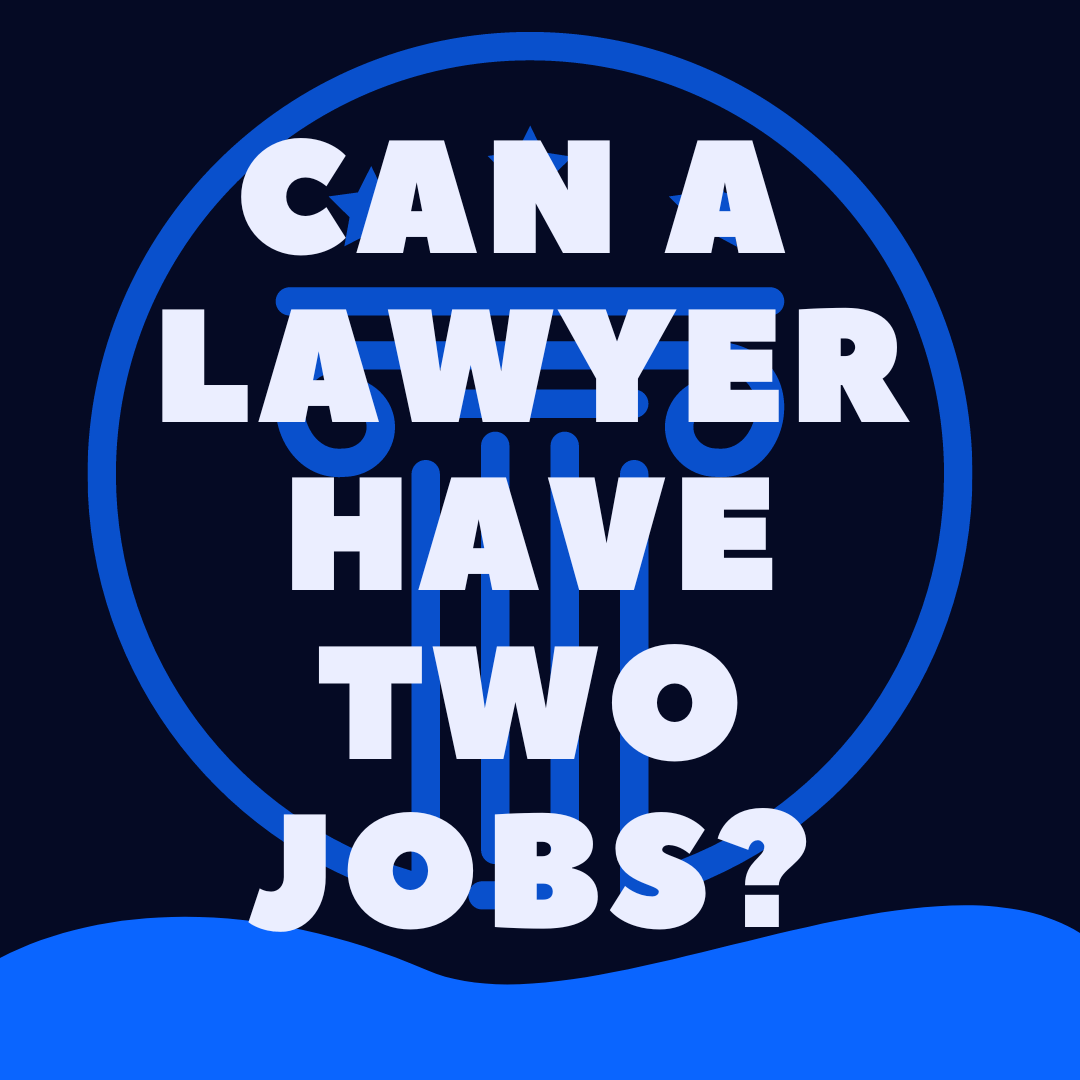 Yes, a lawyer can have more than one job, and many actually do.

But it is not necessarily that simple.

Can a Lawyer Have Two Jobs? (Explained)

Sadly, working as an attorney isn’t as lucrative as it sounds like it should be.

Law school (and the trappings of being a lawyer) are extraordinarily expensive.

Law students often graduate with more than six figures of debt, and the monthly minimum payment can exceed $1,000 a month.

After law school, graduates are expected to dress like a lawyer and conduct themselves like lawyers (meaning fancy clothing, cars, and dining out).

Sadly, many entry level lawyer jobs do not pay enough to allow new grads to pay for both rent and loan payments, much less fancy suits and expensive dinners.

This is especially the case if the new grad is working as a judicial clerk (respected position but pays little) or with the indigent.

The rules of conduct and other laws do not prevent lawyers from working multiple jobs, but there are rules that lawyers with more than one just must comply with.

First, those multiple jobs must not cause ethics troubles.

A lawyer has duties to a client, of confidentiality, to work zealously, to safeguard their money in trust, among others.

If the second job prevents the lawyer from doing his work for the clients of his first job, then he won’t be able to have that second job, like if the hours from the second job are just too many.

If the second job places the lawyer in a position where he’d have to work against the clients in his first job, then he won’t be able to have that second job, like if the second job was prosecuting individuals that he had also been contracted to defend.

The second job cannot create an appearance of a conflict of interest (even if there is no actual conflict).

The second job must also be consistent with the character and fitness of an attorney (meaning sort of conservative).

For example, an attorney who works as an escort on the side may not be able to practice if the behavior is reported to the bar (because the behavior is usually not legal).

Another issue might be an agreement signed with the first employer promising not to take on another job.

Many contracts include a clause promising to devote all business time, attention, and energies to the duties of the business.

Getting a second job (and maybe even working the second job on lunch breaks) could potentially be construed as non-compliance with this clause.

Some will work in the evening, bartending, caring for children, coaching, tutoring, and building some businesses in their hobby areas (crafts, furniture).

Others will take on freelance work, such as writing briefs, essays, motions, speeches, even web content.

Still others will look for contract legal work with government organizations, like taking on public defense clients in local municipal courts.

Some lawyers will even take on work as an associate with a second firm, so long as the position isn’t a partnership position (and there are no ethical problems like conflicts).

If you are a lawyer thinking about trying to find a way to supplement their income with a second job, consider looking into remote work as a freelancer or virtual assistant.

There are many business owners who are in need of experienced and hard working writers and researchers, who would love to benefit from the experience of an attorney without paying for attorney rates.

Thinking about going to law school or becoming an attorney? Check out our law school and career guides in our legal library.