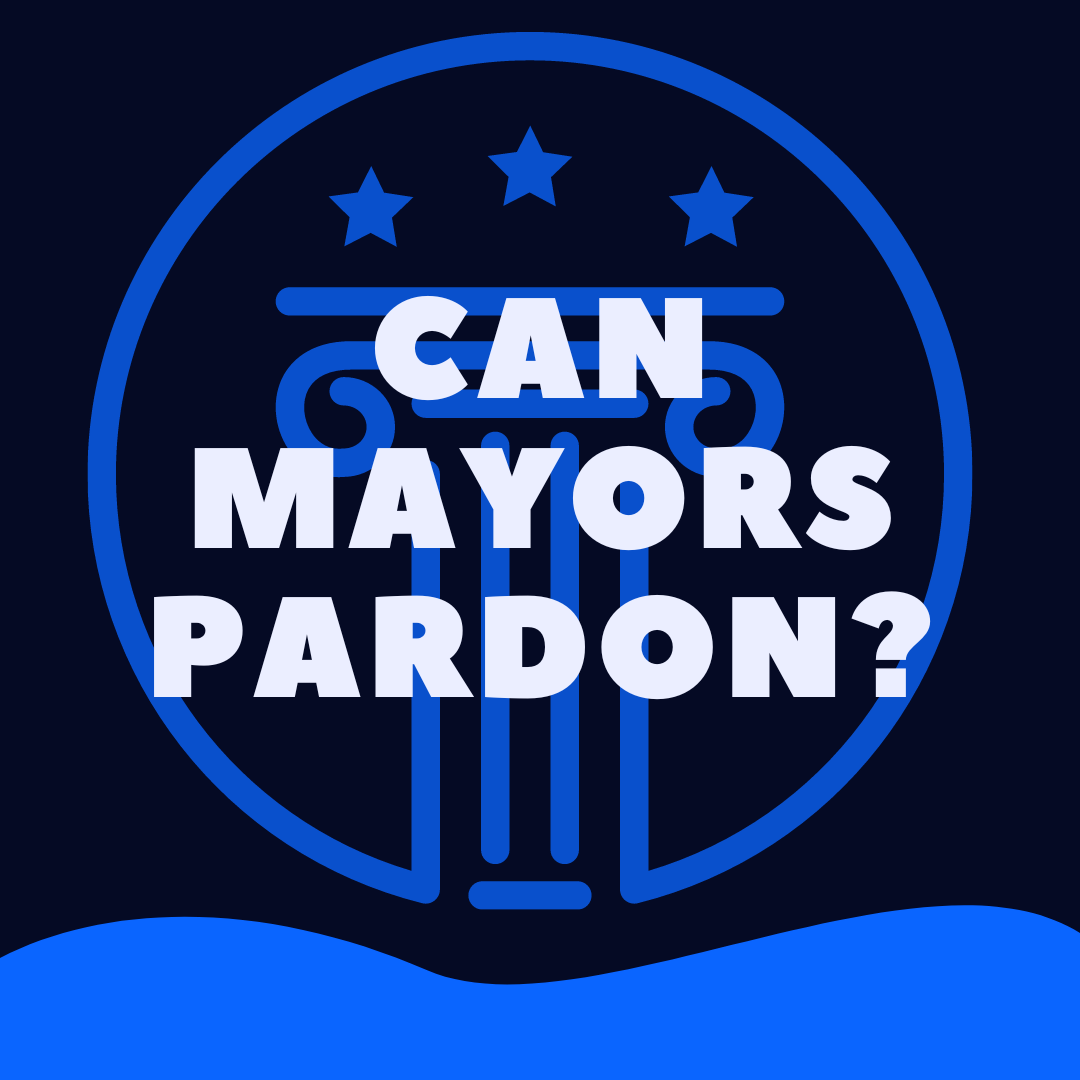 Answer: Maybe, it depends on the laws in effect and the individual’s specific conviction(s).

Just because a mayor has the power to issue a pardon, doesn’t mean he can pardon you.

Can a Mayor Pardon Someone? (Explained)

What is a Pardon?

A pardon is a procedure by which a person can be “forgiven” by the government for a crime committed.

When a person is pardoned, they cannot be punished any more for the offens.

The pardoned individual cannot be punished any more for the pardoned offense.

The pardon does not erase the record of the offense, meaning that members of the public can still find information about the offense.

The pardon does not undo the conviction, meaning the offender has to answer “yes” on applications when asked whether the individual was convicted of a crime.

Who Has The Power To Grant a Pardon?

There are “executives” in the government, meaning elected officials who are officially the leader of a specific government.

Most levels of government has their own laws (federal laws, state laws, municipal code).

At each level, most of these governments have their own laws about pardons (giving the leader the power to grant a pardon if specific requirements are met).

What Can An Executive of a Government Pardon?

For example, the president has the power to pardon an individual for offenses against the United States (meaning violations of federal law).

The governor of a state has the power to pardon an individual for offenses against their particular state (meaning violations of state law).

The mayor of a city has the power to pardon an individual for offenses against their particular city (meaning violations of city municipal code).

The United States President cannot issue a pardon for a crime committed against a city.

A mayor cannot issue a pardon for a crime committed against the United States.

And a governor can only issue pardons for crimes committed against the state where he is the elected governor.

Can a Mayor Pardon Someone?

One of the reasons the answer to this question is not concrete is that there are thousands of cities across the United States.

Each of these cities has its own set of laws, and the power to pardon may or may not be written in.

It is common for mayors to be granted the power to pardon, but not guaranteed.

A person who really wants to know the extent of the mayor’s power in a particular locale will need to check the local city laws for specifics.

Further, when it comes to a specific individual, the reader has to remember that the mayor of a city can only pardon someone charges with crimes against the city.

If a specific person has been charged with violations of state or federal law, the mayor cannot pardon him, regardless of what the city charter or code says about the power.

Making friends with the mayor is not a free ticket to a cleaned up criminal record by any means.

However, if an individual is charged with crimes of the municipal nature, and the mayor has the explicit power to grant pardons, then it is possible to be pardoned by the major if the offender satisfies all of the requirements to apply for one.

Want To Get a Pardon?

If an individual was interested in pursuing the pardon option for himself or someone he knows, the first place to start is gathering the individuals criminal case paperwork, including the charging instrument and the records of his conviction.

These documents should indicate which laws were violated (state, federal, city), as well as the type and severity of the crimes.

Once you know which kind of law is involved, you can search out information about pardons in that particular jurisdiction.

Or you can take that case file with you to an attorney who is experienced in pursing pardons for offenders in that particular jurisdiction to get guidance, assistance, and advice.

They will be able to advise about the process, and the likelihood that such an application would succeed.