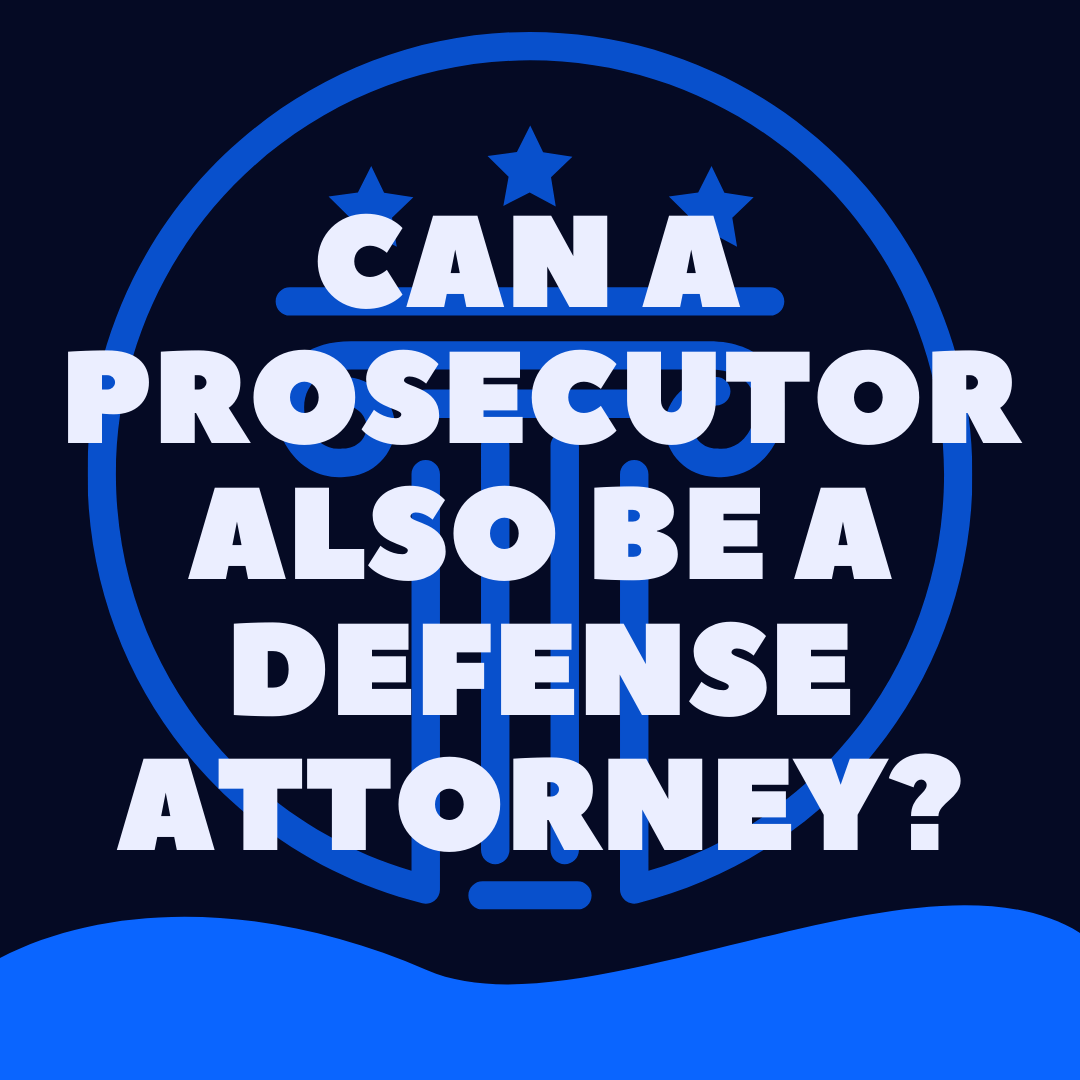 Yes, a prosecutor can also be a defense attorney.

But not in every circumstance.

Can A Prosecutor Also Be A Defense Attorney? (EXPLAINED)

The Prosecutor’s Relationship With His Client Matters

The question of whether a prosecutor can also act as a defense attorney depends upon who his client is and how he came to be a prosecutor.

The prosecutor is managed and directed by the government.

That prosecutor will not also have defense clients.

However, not all prosecutors are employees of the a government agency.

In fact, many prosecutors are paid on contract to work on for a specific government agency to handle the prosecutorial work.

This could be a smaller government agency (such as a city or a smaller county).

This could also just be for a specific type of case that the current prosecutorial staff isn’t skilled enough to handle (such as a major murder case).

In any event, the contract prosecutor is likely to be just a regular lawyer out there in the world with a regular case load, which often includes criminal defense clients.

Besides, who is better suited out there in the world to do the job of a prosecutor? (Answer–the lawyer who is always trying to pick holes in the prosecutor’s work).

What Would Need To Happen For A Defense Attorney To Work On Contract As A Prosecutor?

For a defense attorney to work as a contract prosecutor, certain rules would have to be followed.

The defense attorney would likely have to forgo taking on any cases in the specific court he worked in as a prosecutor.

Depending upon the jurisdiction, his law partners who didn’t assist with the cases might or might not have to also forgo defense cases in that court to avoid conflicts.

The reason we say “might” is that conflict rules differ from state to state.

It is pretty tough to call the same officer for direct examination as a prosecutor and then turn around the next week and cross examine him in a defense case in another court.

The contract prosecutor would have to agree to maintain his files in this office (paper and digital) in such a manner that evidence/files were not shared across to other members of the firm who could take advantage of them for defense purposes.

Sometimes contract prosecutors take a second office within the building owned or managed by the government body as a way to avoid co-mingling files or causing an ethical problem.

He may also maintain separate email accounts, phones, and even support staff.

So a Lawyer Could Work On Prosecution and Defense Cases At The Same Time?

Yes, and lawyers do it all the time, with a sharp eye on maintaining a strict separation of their duties to their government client and their defense clients.

If it becomes apparent that there is or will be a conflict, the lawyer will likely have to withdraw from one or both of the cases where the conflict arises.

This is probably one of the reasons why most defense lawyers who work as contract prosecutors notify their defense clients during initial consults so that the clients understand what would happen if a conflict arose.

Is It Good For A Lawyer To Do Both?

As a former lawyer who has worked as both a prosecutor and a defense lawyer, I think it is incredibly useful to have a working knowledge of both sides of the courtroom.

And in the end, for either kind of lawyer, the more time you can spend in a courtroom on your feet, arguing motions or trying cases, the better for your client, whether it is the government or a person.