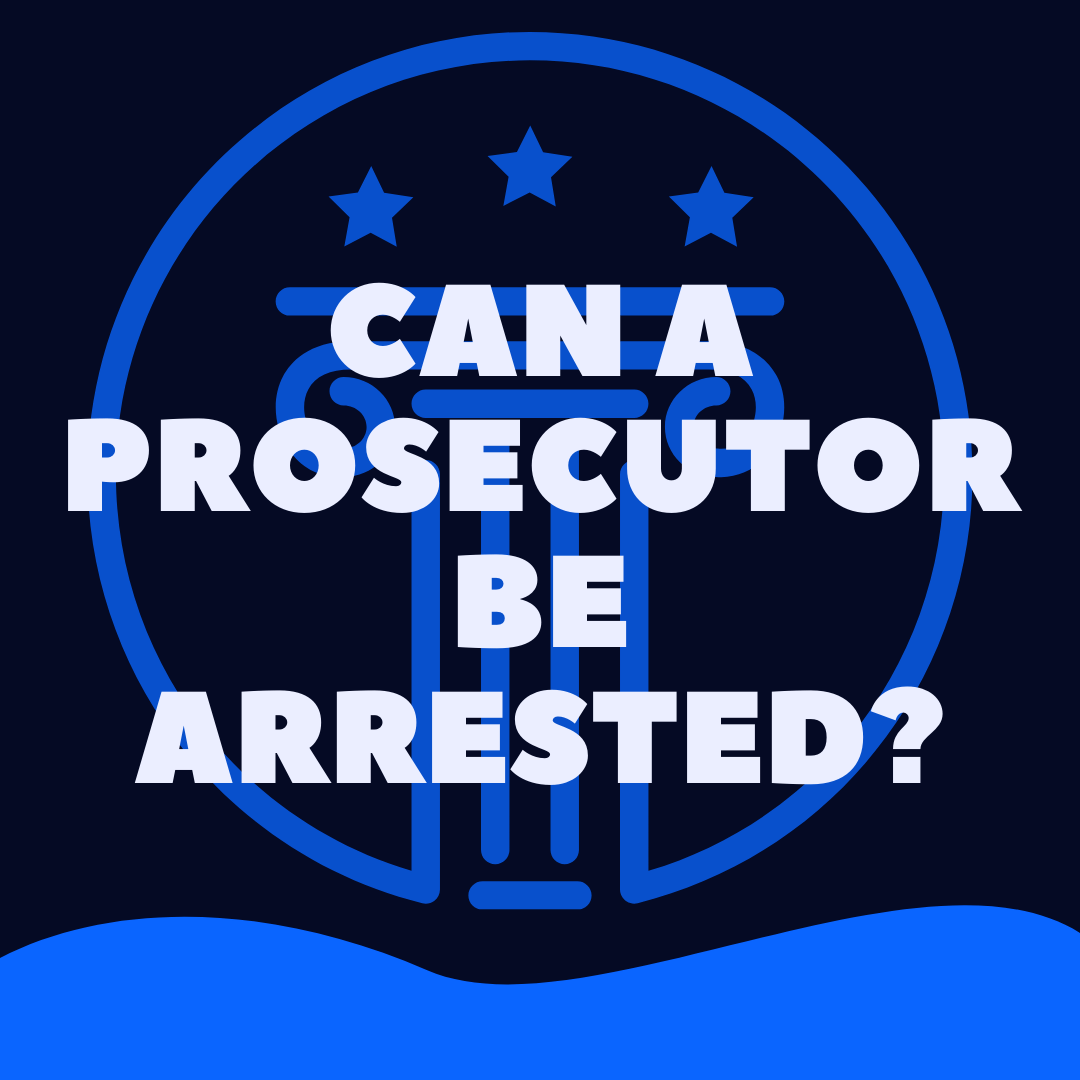 Yes, a prosecutor can be arrested.

Can A Prosecutor Be Arrested? (EXPLAINED)

Prosecutors, like other law enforcement officers (police officers, as an example), work for and on behalf of the government.

This means that they are entitled to some immunity from lawsuits that arise out of the performance of their duties.

In fact, they have historically been shielded with “absolute immunity” (meaning they could be sued) for misconduct related to their work on a case.

This means that they could not be sued for lying, coercing witnesses, hiding evidence, or intentionally violating a defendant’s rights.

Over time, this thick shield of immunity erodes, as court cases slowly peel back what is acceptable and unacceptable behavior from prosecutors.

For example, in some states, defendants can sue for malicious prosecution in the event that the actions taken by the prosecution against the defendant were bad enough (like there was insufficient evidence to proceed and the charges were filed for an improper purpose).

But regardless, this absolute immunity relates only to the performance of the prosecutor’s job.

This absolute immunity does not extend outside to the prosecutor’s life or non-prosecution business.

Prosecutors are not above the law and are subject to the same laws that apply to everyone else.

And any prosecutor who needs to shield himself with absolute immunity due to extreme misconduct will likely find himself quickly unemployed.

Absolute immunity won’t protect the prosecutor from his boss.

Will The Prosecutor Be Arrested If He Commits A Crime?

This is perhaps the better question.

When someone commits a crime (big or small) there is nothing that mandates their arrest.

Police officers are not forced to arrest every single person who commits a crime, even if the crime was committed in their presence.

If a police officer observed a prosecutor that he knew personally, that he was friends with, commit a small infraction that did not result in harm to anyone else, would he arrest the prosecutor?

The prosecutor and the officer are on the same side, after all.

After being a member of the legal community for many years, and leading a fairly eventful life, I have seen on multiple occasions police officers making decisions about who to pursue and who to leave alone.

They have to, it would be impossible to get everyone.

Police officers would much rather use their energy to take down the worst of the bad guys.

However, knowing police officers as I do, I believe that if a prosecutor was found to being doing something that resulted in harm to others, that the police department would not hesitate to pursue the case against him.

Though to do so, they’d probably need to call in an outside law enforcement agency (and prosecutor’s office) to handle the case so avoid any appearance of bias or impropriety.

Is It Right For A Prosecutor To Get A Pass?

No, it is not right for an equally situated citizen to get arrested when the prosecutor committing the same behavior avoids all punishment.

Can Prosecutors Get Into Trouble?

While they might be able to shield themselves with absolute immunity (or qualified immunity), they are still obligated to the state bar association.

A prosecutor is a a lawyer first.

And if he is found to be violating the state bar ethics rules, or breaking other laws, he may find his license to practice law suspended.

If a prosecutor is found to have lied in a particular case, this may be grounds for the defendant to file for a new trial, to have the underlying case dismissed, or to get the prosecutor kicked off the case.