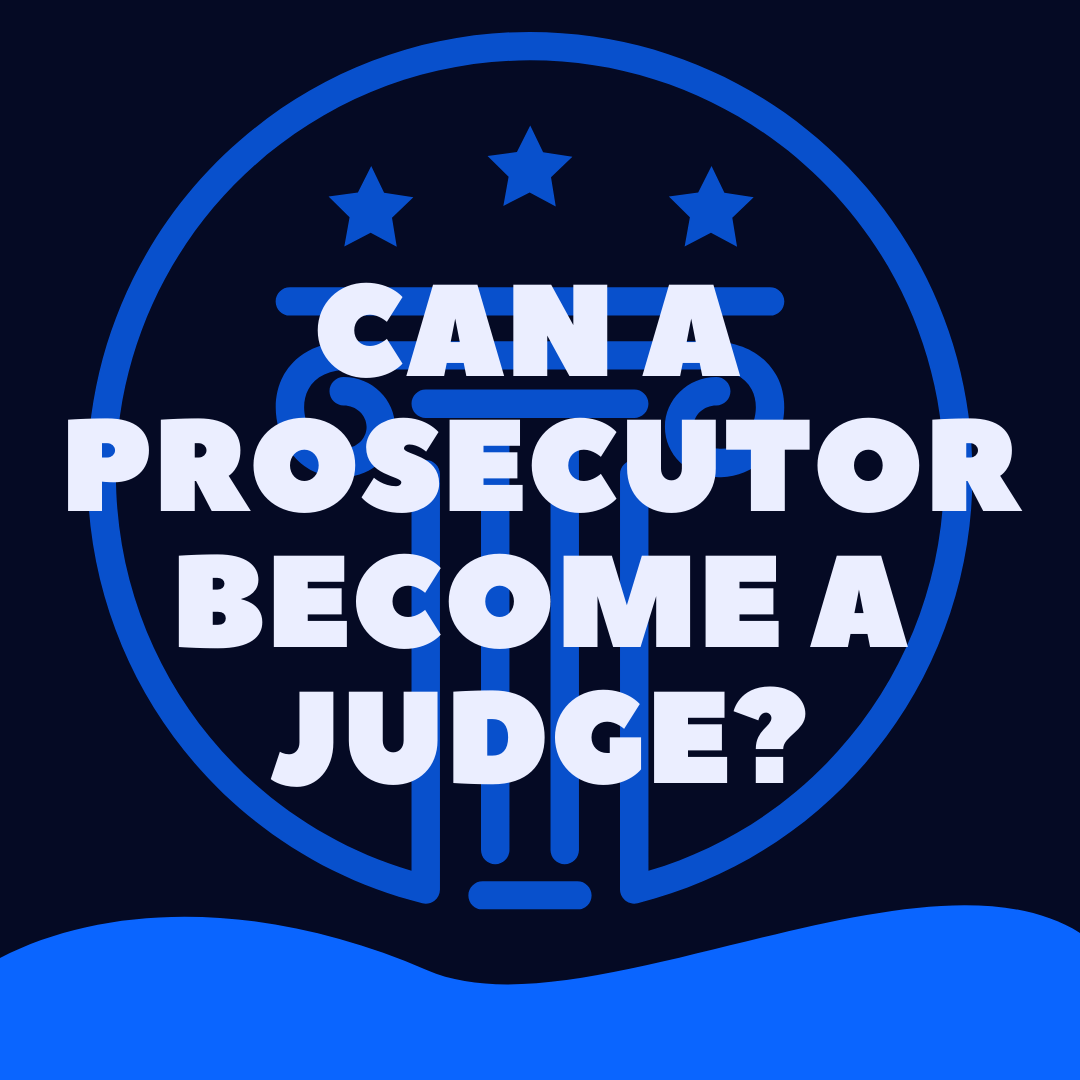 Yes, a prosecutor can become a judge.

In fact, many prosecutors become judges.

We’ll explore them in the article that follows.

Can A Prosecutor Become A Judge? (EXPLAINED)

There are those who say that the most direct way to becoming a judge is to be a prosecutor.

There are several reasons why this is the case.

First, and foremost, experienced prosecutors know how to do the work of judges.

They spend hours upon hours a week in the courtroom.

They understand how court should run, and training them to manage a courtroom is not that difficult.

They also have a pretty decent understanding of the case law that they will be encountering, having spent years writing motions about the cases and arguing them to the court.

Governors who are looking to make a good appointment look to get someone in the seat that can take on the work right away.

Second, they are already a presence in the court system.

In most states, judges are elected.

However, very few judges are interested in running in a contested election.

And very few people are interested in running against them.

So the established way for judges to get a seat on the bench is to be appointed to an interim position by the governor when the previous judge retires mid-term.

Then, when it is time to run again, there’s an easy candidate already in the seat.

The governor is more likely to appoint someone who is already known in the courthouse for having trial skills.

Third, prosecutors are already used to government salaries and won’t feel like they are taking a pay cut to become a judge.

There are many amazing criminal defense lawyers who could be great judges.

But not many of them are interested in the job.

Judges tend to get paid less than retained criminal defense lawyers do.

The same is true for retained civil lawyers, as well as attorney who do other work in the legal profession (wills and trusts, probate administration, etc).

Sometimes the pay cut is dramatic.

But for a prosecutor, they hours are similar, the work location is similar, and the pay might even be a raise.

If approached by the governor to be appointed, they will be less likely to say “no.”

Fourth, prosecutors are already used to the risk.

Being a judge can be dangerous.

People who break the law will occasionally take out their anger or frustration upon the people involved in their downfall–police officers, prosecutors, and judges.

Prosecutors live with this danger for years, to themselves, and to their families.

As a judge (versus a prosecutor), it is just another day in the office when it comes to risk.

This is again another reason why many private retained lawyers would say “no thanks.”

Prosecutors get to wear the super cape, while defense attorneys are vilified.

Both lawyers are trying to achieve “justice.”

But the way one side goes about it is more socially acceptable than the other.

When judges are elected (or appointed by governors who are elected), there is no doubt that the qualifications and history of the potential judge will be scrutinized by voters.

Being known as TOUGH ON CRIME can help a politician get elected, or stay elected.

Personally as well, the person making the decision about who to bring on the bench is bringing with him or her the background experiences he or she has had with the justice system.

Those strong feeling often have an impact on the decision about who is chosen to work as a judge.