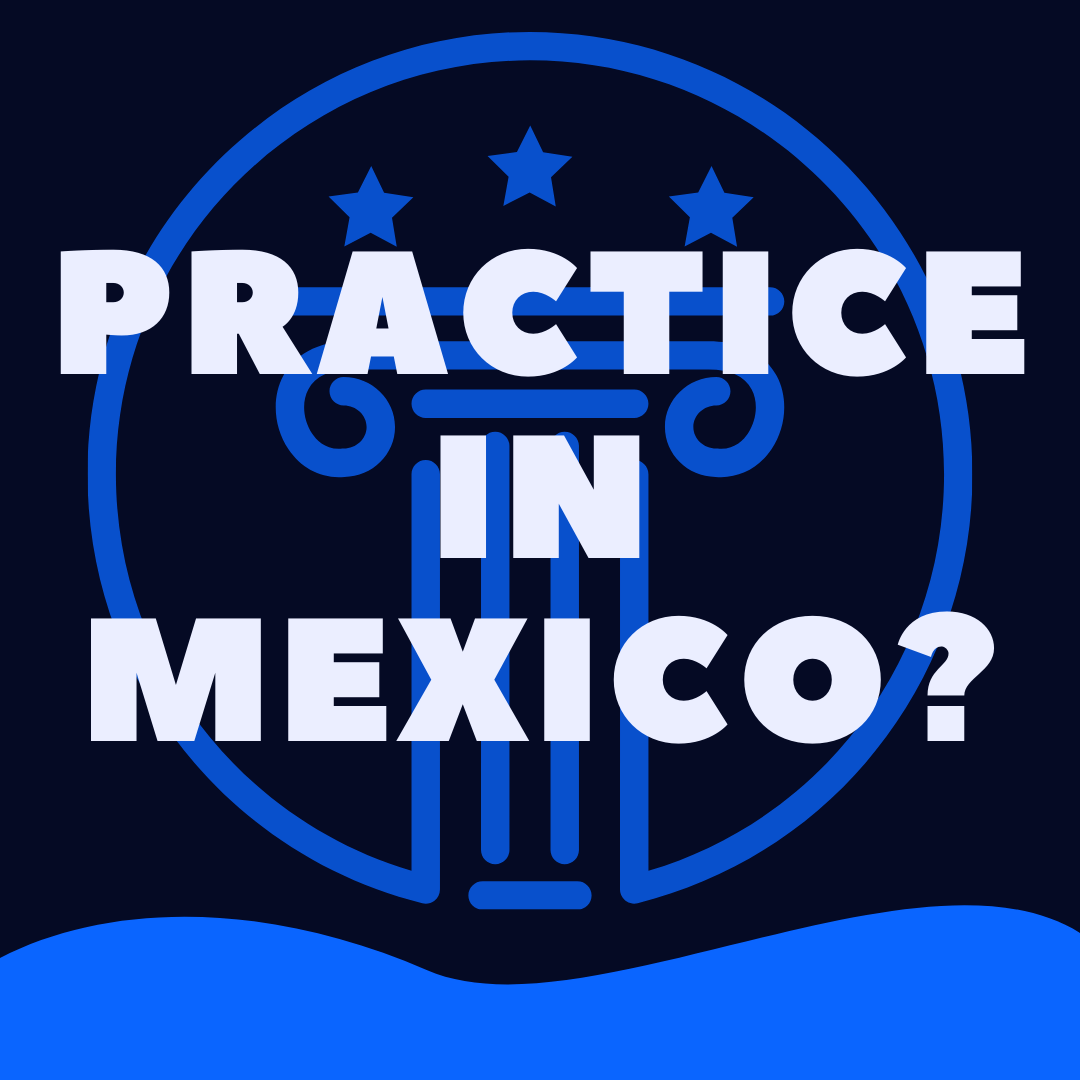 A lawyer certified and licensed cannot practice law in any part of Mexico, unless they seek to obtain a license or certificate to practice in Mexico (which may not be as hard as you think).

Can a U.S. Lawyer Practice in Mexico? (Explained)

License to Practice Law In Mexico

Mexicans seek to practice may also have to perform public service and work in the legal field before applying for their license.

A lawyer licensed in another country can be qualified to practice in Mexico.

The easiest way to do so is if Mexico has an agreement with the outside country to allow what they call ‘international reciprocity.”

Even if the countries have an agreement for reciprocity, the foreign lawyer who seeks to practice in Mexico will have to have completed similar education to those who can obtain a license in Mexico.

The foreign lawyer may also have to pass an exam to confirm that they have the qualifications to practice in Mexico.

In summary, while it is possible for a foreign lawyer to get a license in Mexico, there’s no simple, quick process for a U.S. lawyer to get it.

A lawyer can be prosecuted in both the United States and in Mexico for the unauthorized practice of law.

If the infraction involves a misrepresentation (lying) about the lawyer’s status as a licensed attorney in Mexico and benefits financially from the misrepresentation, the lawyer could be looking at additional (and significant) criminal charges.

Assisting a U.S. Client in Mexico

Lawyers often have clients who need legal assistance in Mexico, when purchasing vacation property, for example.

In general, the way most lawyers handle this is by locating a lawyer licensed to practice in Mexico, specifically in the locale where the property or problem is located, and hiring them to assist.

This way the U.S. lawyer does not have to go through the process of getting licensed.

However, even if a lawyer is willing to go through the process of getting licensed in Mexico, there are a lot of reasons to avoid taking on cases in Mexico, such as:

The client may also want to give these points some significant thought.

While it is comforting to work with an attorney that is known (who knows the client’s situation well), there’s definitely a disadvantage to know having boots on the ground where the case is located.

Sometimes you just don’t know what you don’t know.

Are There Lawyers Who Are Licensed In Both Countries?

However, you’ll likely find more of these lawyers/firms in the states located closer to the border between US and Mexico, though large cities like New York and Mexico City which transact a lot of international business may have some.

If you live in states to the north and without large populations, you might have a hard time finding someone who has both.