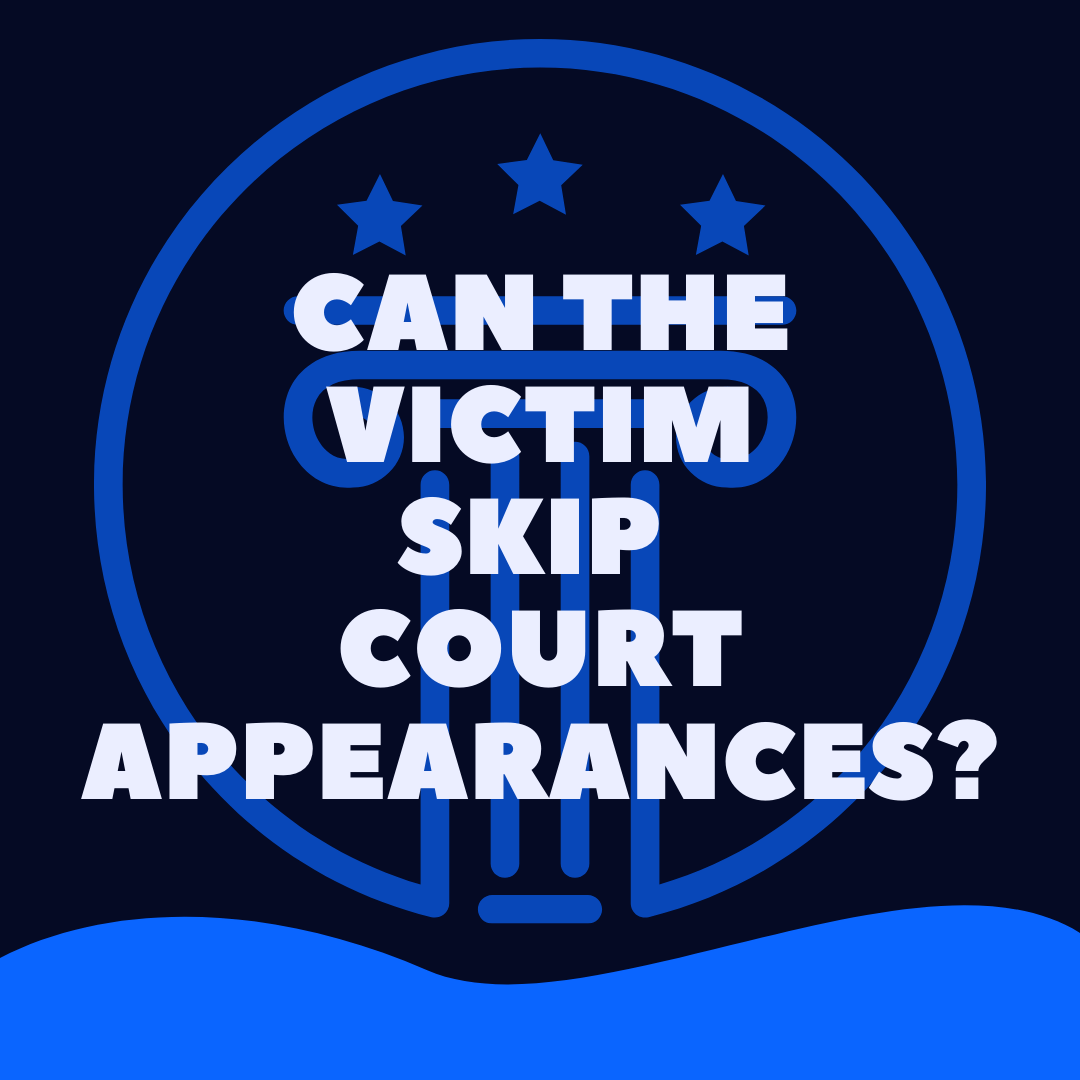 Let’s face it. No lawyer or public website with legal information on it is going to advise a victim to not show up for court when the victim is lawfully required to be there.

Instead, let’s talk about what could happen if the victim fails to appear.

Can a Victim Not Show Up To Court? (EXPLAINED)

Victim’s Obligation In a Criminal Case

The victim holds a special place in a person crime case.

He is afforded special protections and rights under victim’s rights statutes in every state and at the federal level.

But in the end, the victim doesn’t have any control over the case (whether it is filed, how it is resolved, whether it goes to trial).

In fact, the government might not even need the witness to testify in order to prove the case against the defendant.

As a result, the victim’s obligations in a criminal case are really minimal.

He doesn’t have to answer the phone, to talk to investigators, to come to court for the defendant’s court appearances, even though he has the right to be there.

He doesn’t have to do anything, unless and until he has been ordered by the court to appear, or have been served with a subpoena to appear in court.

Then he has some obligations to appear and testify.

What Happens If The Victim Fails To Appear In Response To A Lawful Order or Subpoena?

There’s a big range of things that can happen if the victim decides not to appear on the date he has been ordered to appear.

If the subpoena date is a trial date, and the prosecutor needed the victim’s evidence/testimony to prove his case, the prosecutor might ask to postpone trial until the victim could be found and brought to court.

The postponement could be a matter of a few hours, days, weeks, or months, depending.

(Sometimes the sheriff knows where to find you, so the wait could be short).

If the court date is trial, the prosecutor might simply move to dismiss his case without prejudice (meaning that it could be filed again) and pursue the case again when the victim is found (though speedy trial issues and other problems abound).

If the court date is trial, the case might proceed without the victim, and the outcome is what it is based upon the evidence at hand.

If the court date was a hearing, the hearing might be cancelled or postponed, or might just go on as scheduled.

Sometimes when the victim fails to appear, the prosecutor will just move to dismiss the case and kick the file, never to touch it again.

Sometimes when the victim fails to appear, the prosecutor will pursue legal remedies against the victim for failing to appear in response to the subpoena, and seek to have the victim help in contempt (with the available penalties for contempt–fines/jail).

In the end, the victim might not suffer at all for failing to appear in response to a subpoena.

We can’t tell you to appear at trial or not.

We can’t give you advice.

But here’s what we can tell you about advice from third parties about whether or not to show up at court.

Be wary of accepting the advice of those who are not lawyers or who have no experience with the legal system.

It is common for defendants and those on the opposite side of the government to skip court.

But in our experience, skipping court never makes things better or easier for the parties involved.

Failing to appear at trial as a victim could produce the wanted result (dismissal of the charges that day), but there’s no guarantee that the government will give up on the case or on the involved parties.

Purposefully failing to appear can impair your reputation with the law enforcement agency or the district attorney’s office, and there is no way of knowing in the future when that might make a difference in your life.

Failing to appear can actually make the situation much worse in ways you can’t even contemplate.

As always, we recommend that you seek the advice of an attorney in your town if you are trying to think of ways to help the defendant’s case.

Perhaps you’ll be able to think of something better than just skipping court.