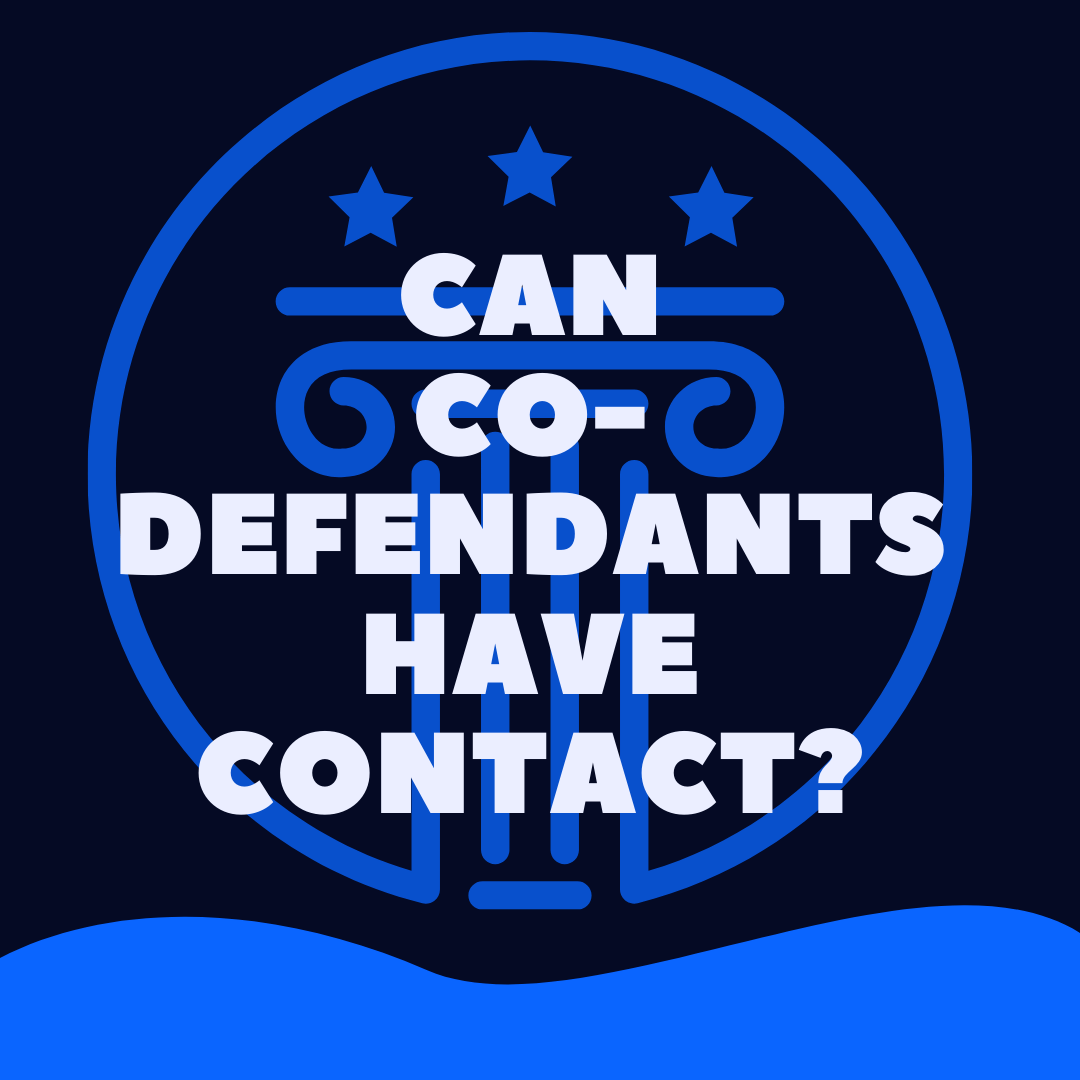 It depends on the case.

In the article that follows, we’ll explain what it means to be co-defendants, and how you know whether you can talk to each other.

What Is A Co-Defendant?

You see co-defendants when more than one individual is being charged in the same incident or harm that resulted.

You do not have to be arrested at the same time to be co-defendants.

In the same vein, the people who were arrested with you aren’t necessarily co-defendants.

Can Co-Defendants In A Civil Case Communicate?

That being said, co-defendants have to remember that they can be called to testify about the things that the other parties to the case said to them and vice versa.

Just because you are on the same side in the case doesn’t mean that you can’t be used against each other.

Can Co-Defendants In A Criminal Case Communicate?

If the case(s) have been filed, and the parties have been arraigned, the court may have entered an order that provides rules for the defendants during the pendency of the case to trial.

It is common for the parties to be ordered not to talk to each other.

But there are circumstances where such an order doesn’t make sense.

For example, if the co-defendants are parents of the same children, they’ll need to be able to talk to each other to take care of the kids.

Even if the court initially orders that the co-defendants have no contact, this can be overcome sometimes with good cause.

If the case has not yet been filed, then there should be no rules or restrictions preventing two or more potential co-defendants from communicating.

If the case has been filed, get confirmation from your lawyer and review the orders entered in your case to make sure that you know whether or not you can talk to other co-defendants.

Should Co-Defendants In A Criminal Case Communicate?

Unless there is a compelling reason, most lawyers advise their clients not to talk about their case to anyone outside of their legal team, even co-defendants.

Absent a special privilege, those statements can be used in court.

The co-defendant could be called to testify against you about what you said to him.

if the co-defendant has already pleaded guilty and been sentenced in the case, he will not have the 5th Amendment to use as a shield to avoid testifying.

Prosecutors will be very watchful of any contact co-defendants have with each other.

Defendants can often end up with additional criminal charges of coercion or witness tampering if they try to have a persuasive conversation with the others involved in their case(s).

What if His Case Is Over (and Mine Is Not)?

Look to your no contact order, or ask that it be modified.

But if the no contact order states “no contact with John Doe” then this is another thing entirely.

Some people argue that when the other party is no longer a co-defendant, than there’s no rule preventing the contact.

But we’d recommend that you look carefully at the language of what has been ordered and that you confirm with your attorney that it is okay before you act.

Further, even if your co-defendant’s case has been dropped, doesn’t mean you should feel free to talk to him, especially about your situation and case.

This is still an individual who can be called to testify against you.

Most statutes define “contact” very broadly, to include being in the same space, to causing third parties to carry messages, to intermeddling with someone’s business affairs.

When you have a pending criminal case, make sure before you act that whatever you want to do with or for your co-defendant does not violate the no-contact order if there is one in place.