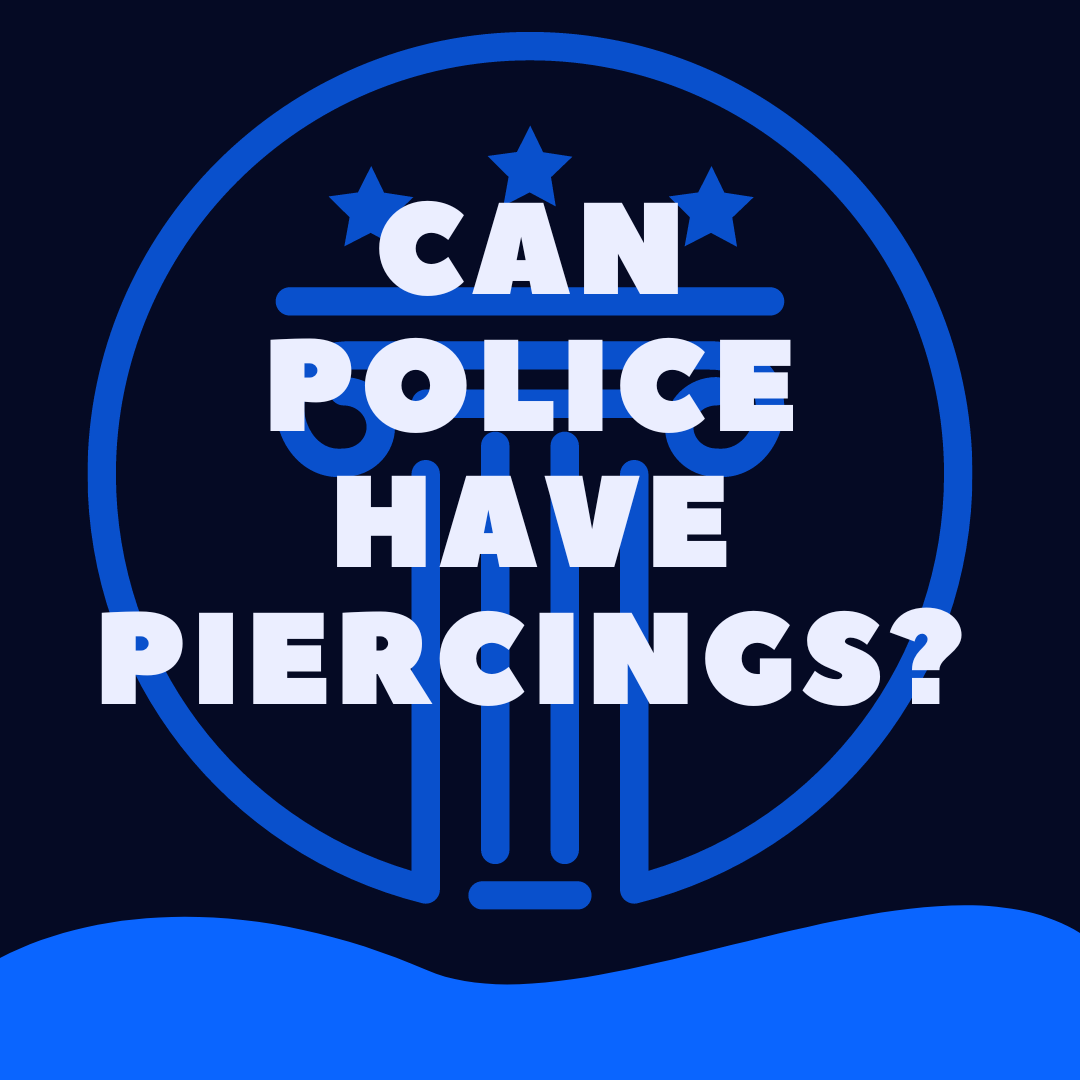 With the boost in the popularity of piercings and body art, it’s no surprise that people wonder if police officers can have piercings. The answer may surprise you.

There is no hard and fast rule regarding police officers and piercings in the United States. Some departments across the country ban them outright, while others are more lenient.

This article will cover the facts on whether police officers can have piercings in the United States, the types of piercings that are allowed (if any), and what to expect if you’re an aspiring police officer with piercings.

Can Police Officers Have Piercings In the United States?

While this question is extremely common, there is no single answer. Police departments across the United States have their own rules and regulations when it comes to piercings and body art.

Some departments ban all visible piercings (except for small earrings). Other departments are more lenient, allowing officers to have piercings as long as they’re not visible or distracting.

There is no set law governing police officers and piercings in the United States, as each department is allowed to set its own rules.

This blurred line can make it difficult to know what to expect if you’re an aspiring police officer with piercings. It’s important to research the policies of the department you’re interested in before applying.

Why Piercings May Be Banned For Police Officers

There are a few reasons why piercings may be banned for police officers.

The most common reason is that visible piercings can be seen as a distraction or a safety hazard.

This is because piercings can sometimes catch on to things or get pulled out during an altercation.

Another reason why piercings may be banned is that they can be seen as unprofessional.

Though an outdated stereotype, some people still see piercings as a sign of rebelliousness or disobedience. This is especially true for facial piercings.

Types of Piercings That Are Allowed (If Any)

While policies on police officer piercings vary from department to department, there are a few types of piercings that are typically allowed across the board.

The most common type of piercing that is allowed is a small earring in the lobe of the ear.

This is generally seen as professional and non-distracting and, therefore, is not usually an issue for departments.

Another type of piercing that is sometimes allowed is a tongue piercing. This is typically only allowed if the piercing is not visible when the officer speaks to someone.

There are a few types of piercings that police officers should avoid if they want to stay within the rules set by their department.

The most common type of piercing that is banned is facial piercings. This includes lip, nose, and eyebrow piercings.

Some departments may allow for clear spacer rings to be worn instead of a visible piercing, but it’s best to check with your department before assuming this will be allowed.

Another type of piercing that is typically banned is any type of visible body piercing.

This includes navel piercings and nipple piercings, among others.

Again, some departments may make exceptions for certain types of body piercings, so researching your department’s policies is key.

While the rules on piercings may be confusing, other areas of grooming are typically well-regulated.

Most departments have strict guidelines on hair length and style. This is usually for safety reasons, as long hair can sometimes get in the way or be used to grab an officer during an altercation.

Another area that is typically regulated is tattoos.

This is again for professional reasons, as visible tattoos can be seen as unprofessional or disruptive.

However, most police uniforms include long-sleeved shirts, so tattoos on the arms are usually not an issue.

The type of work and sensitive nature of police officers’ jobs also require them to have good hygiene and to be well-groomed at all times.

This means that officers must regularly shave, shower, and use deodorant. These regulations are not meant to be discriminatory but rather to ensure that officers are presentable and professional at all times.

What Aspiring Police Officers Can Do

If you’re an aspiring police officer with piercings, the best thing you can do is research the policies of the department you’re interested in.

This will give you a good idea of what to expect and whether or not you’ll need to remove your piercings.

It’s also important to remember that most departments have a grace period for new officers.

This means that you may be able to keep your piercings until after you’ve been hired, at which point you can remove them or cover them up as needed.

Communicating with your department about their policies and expectations is key to ensuring a smooth transition into your new role.

The Future of Police Officers and Piercings

As society changes, so too do the rules and regulations regarding police officers and their appearance.

While it’s uncommon to see a police officer with piercings, this may change as more departments relax their policies.

For now, though, it’s important to remember that piercings are generally not allowed, and those aspiring police officers should try to avoid them if possible.

Following the rules and regulations set by your department is the best way to ensure a successful career in law enforcement.