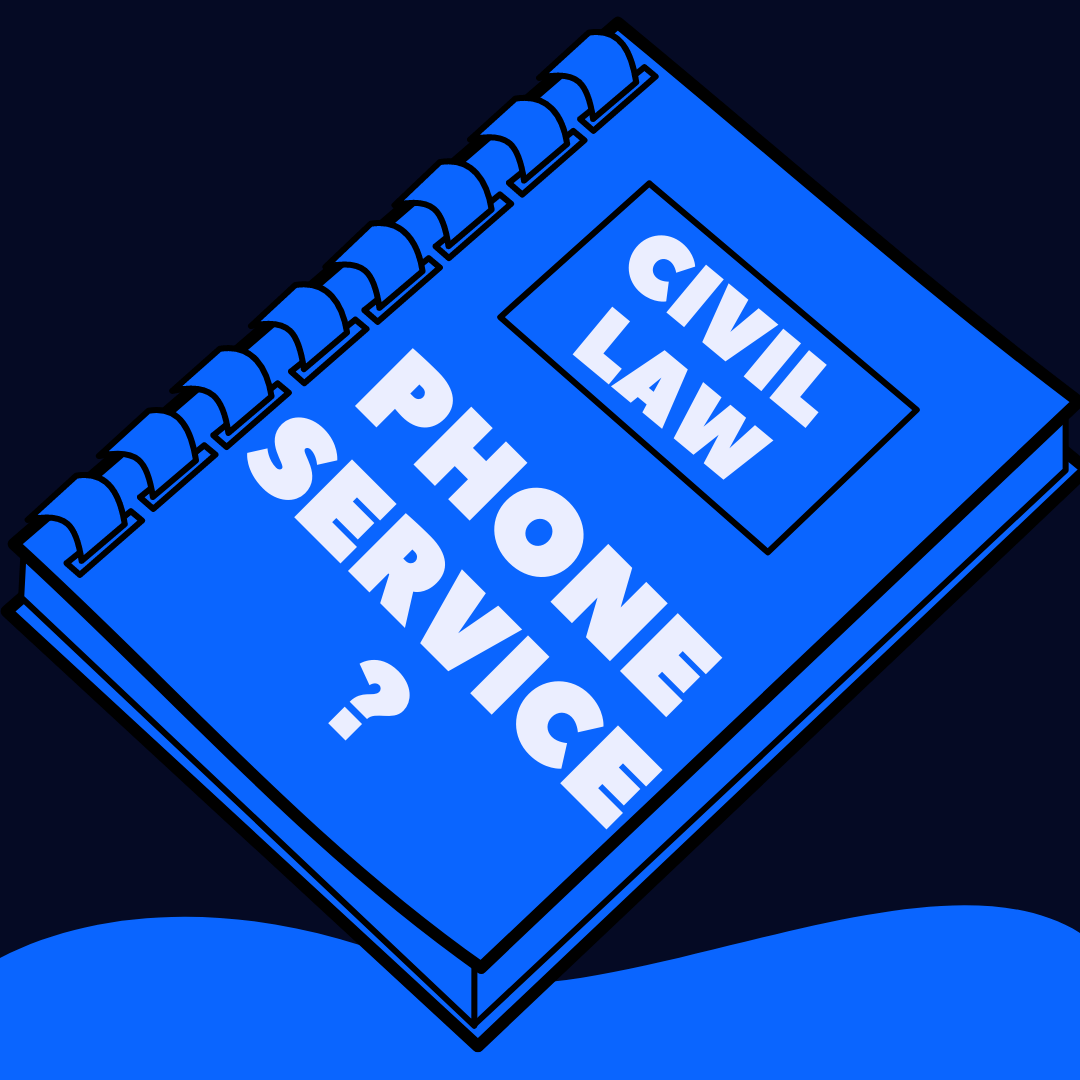 Historically, notifying a party to a lawsuit over the phone (or by other electronic means) was not an acceptable form of process service.

A lawyer would almost never direct a process server to start the service process over phone.

But of a litigant is stubbornly unavailable for service the traditional way, in many states, phone service may qualify.

When Can You Be Served Over The Phone?

When Other Methods Are Unsuccessful

In general, most statutes/rules of civil procedure which govern the commencement of a lawsuit include what we call a “catch-all” provision.

In this catch-all provision, service by a means “reasonably calculated to apprise the defendant of the existence and pendency of the action” is allowed.

This means that if a defendant cannot be served by traditional means (in person, via office, mailing), then just about any alternative method of service could qualify, so long as the method did the job of notifying the defendant about the pending case.

Obviously, this provision will vary by state.

But people who are going out of their way to avoid service, or think that just hiding for a while will prevent them from being served, can still be served.

There’s no restriction in these statutes, so long as the method is likely to be effective.

Under these types of statutes, service over the phone could be effective and sufficient.

How Does One Get To Use A Phone For Service Of Process?

In general, the traditional methods of service must be attempted first.

And not just half-heartedly.

To get permission to use an alternate means of service, the plaintiff and his team must make just about every effort to utilize the other means (personal service, etc).

Then, once those other means and efforts have failed, the plaintiff will have to request the court’s permission to utilize the alternate means, after creating a convincing case that the traditional means have failed and will continue to fail.

The plaintiff will also have to specify the alternative means (like the phone) and how they’ll plan to utilize it to apprise the defendant of the existence of the action.

Are Other Electronic or Non-Electronic Means Of Service Acceptable Under These Statutes?

Certainly. Assuming that the method actually does the job, the courts are becoming more and more willing to entertain these types of options.

How Does Service By Phone Impact The Case?

A plaintiff cannot proceed with the case until service has been completed.

Once service has been completed, the time for the defendant to appear and respond begins to run, usually 30-45 days.

If the defendant does not file an appearance before the deadline, the plaintiff would then be able to move forward to see a default judgment.

In the motion for an order of default (meaning an order confirming that plaintiff wins and gets what he wants), the plaintiff will have to go through and present his method of service.

This “evidence” could come in the form of a sworn statement from a witness who can state that he actually talked to the defendant.

This evidence could be in the form of an email from the defendant which acknowledges that existence of the case. (“How dare you file a lawsuit against me!”)

If allowed in the state, it could come in the form of the phone call (recorded or transcribed) where the process server actually spoke with the defendant about the case.

If the plaintiff cannot present enough evidence that the defendant was served per the rules of the court, then the motion for the order of default will get denied.

Then plaintiff will have the option to give up his case, or to keep trying to get that defendant served.

What Happens If The Defendant Is Served By Phone Without A Court’s Order Approving The Alternate Method?

This is a scenario where it really helps to know the law where the case is situated.

If the service was completed via phone, but needed to have been approved first, the defendant could ignore the case and hope that the judge denied the subsequent motion for default.

The defendant could also appear, and file a motion to dismiss for inadequate.

However, at that point, the defendant would have a tough time arguing that he/she didn’t know about the pendency of the case (obviously the phone was effective!)

Many attorneys would just tell clients not to waste money on challenging service, and instead just get to work on the merits of the case.

But there are reasons for and against challenging service from the get-go, as winning a challenge to service could completely end the case for the defendant’s involvement, especially if the statute of limitations has passed.

What If I’ve Been Contacted By A Process Server Over The Phone?

We can’t tell you how to handle your case.

Instead, we’d recommend that you talk to an attorney in the practice area the case is in, and see what the standard practice is for cases served via telephone.