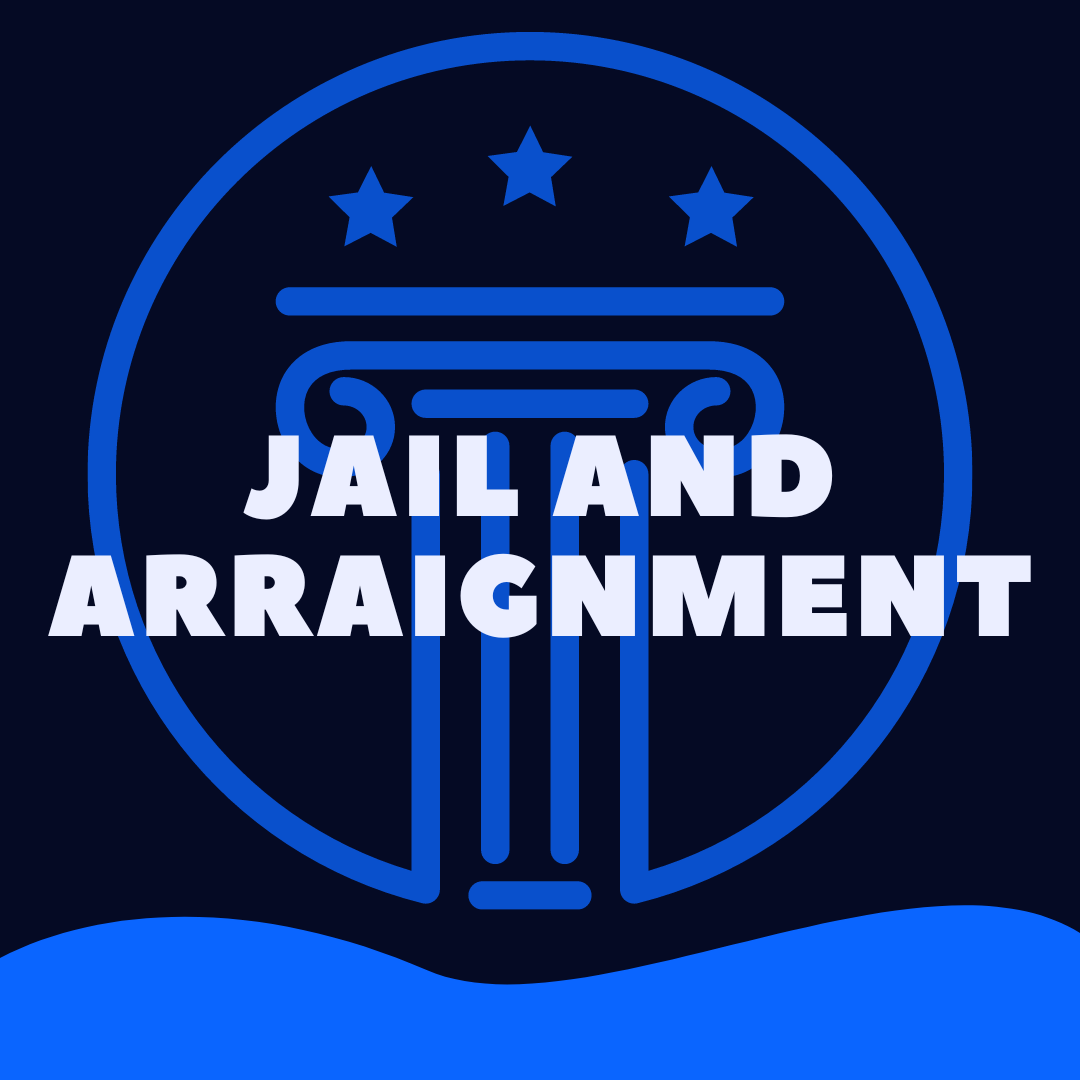 While most defendants do not go to jail at the arraignment hearing, it is possible.

Can You Go To Jail At An Arraignment?

An arraignment hearing is often the first time the defendant appears in court in the case.

Technically, to “arraign the defendant” is to officially provide the defendant with the charges that have been filed against him (like service).

However, at the arraignment hearing, many other administrative tasks are taken care of.

Future hearings will be scheduled, such as a status hearing or motions hearings if they have been filed already.

The defense might request a type of hearing that challenges the sufficiency of the evidence supporting the initial charges.

This hearing has many names depending on the court/jurisdiction, but may be called a “preliminary hearing” or “probable cause hearing.”

In some jurisdictions, the hearing must occur immediately, or within a short period of time.

The court will also take up the issue of release (even if the defendant has appeared voluntarily and out of custody).

The judge may set security/bail (or waive it), and order other conditions of release, like that the defendant must stay away from specific people or locations, avoid the use of intoxicants, or wear a tracking device.

Going To Jail At Arraignment

It is unusual for a person who appears without the assistance of law enforcement (meaning handcuffs) to go to jail.

But it goes happen.

The first and most likely scenario is if the court sets security at an amount that the defendant cannot afford to pay.

If the defendant cannot post the amount demanded, he will be arrested and will have to sit in jail until the security amount is lowered/waived, or some other conditions are set (like an ankle monitor).

The second scenario is if the prosecution argues that the defendant is a flight risk, despite his voluntary appearance.

This could occur in the case where the prosecution knows that additional charges are on the way that the defense does not know of yet.

In any case, even if the defendant is a flight risk, the court will have to set some level of bail.

In only the rarest of cases is there no option for bail for a defendant, and failing to set bail can result in a constitutional challenge by the defense.

To keep a defendant in jail who is thought to be a flight risk, the court will set an extremely high bail amount to help secure the defendant’s return to court if he can afford to post it to get out of jail.

If a request has been made by the prosecution to take the defendant into custody or set bail so high that the defendant could not possibly avoid jail pre-trial, the lawyers will have the opportunity to argue for/against it and even produce witnesses/evidence in support.

Pending the outcome of the bail hearing, the defendant is likely to wait in jail.

The third way defendants go to jail at arraignment is when the plea hearing and sentencing hearing at held at the same time.

This is rare, and only occurs by prior arrangements with the lawyers and the court.

Fourth, a defendant could go to jail at arraignment without prior arrangement if he demands to plead guilty and the court allows the plea and does an open sentencing.

We’ve never seen this happen despite the best efforts of of pro se defendant to do so, but we suppose it is possible.

Do You Have To Worry About Going To Jail At Arraignment?

It depends on your case and your situation.

If you are concerned that bail will be set too high for you to pay, or that the court will consider you a flight risk, it is best that you confer with your criminal defense attorney in advance of the hearing.

The attorney can put together an argument and even witnesses to help persuade the court to waive bail and the need to keep you in custody pending trial.