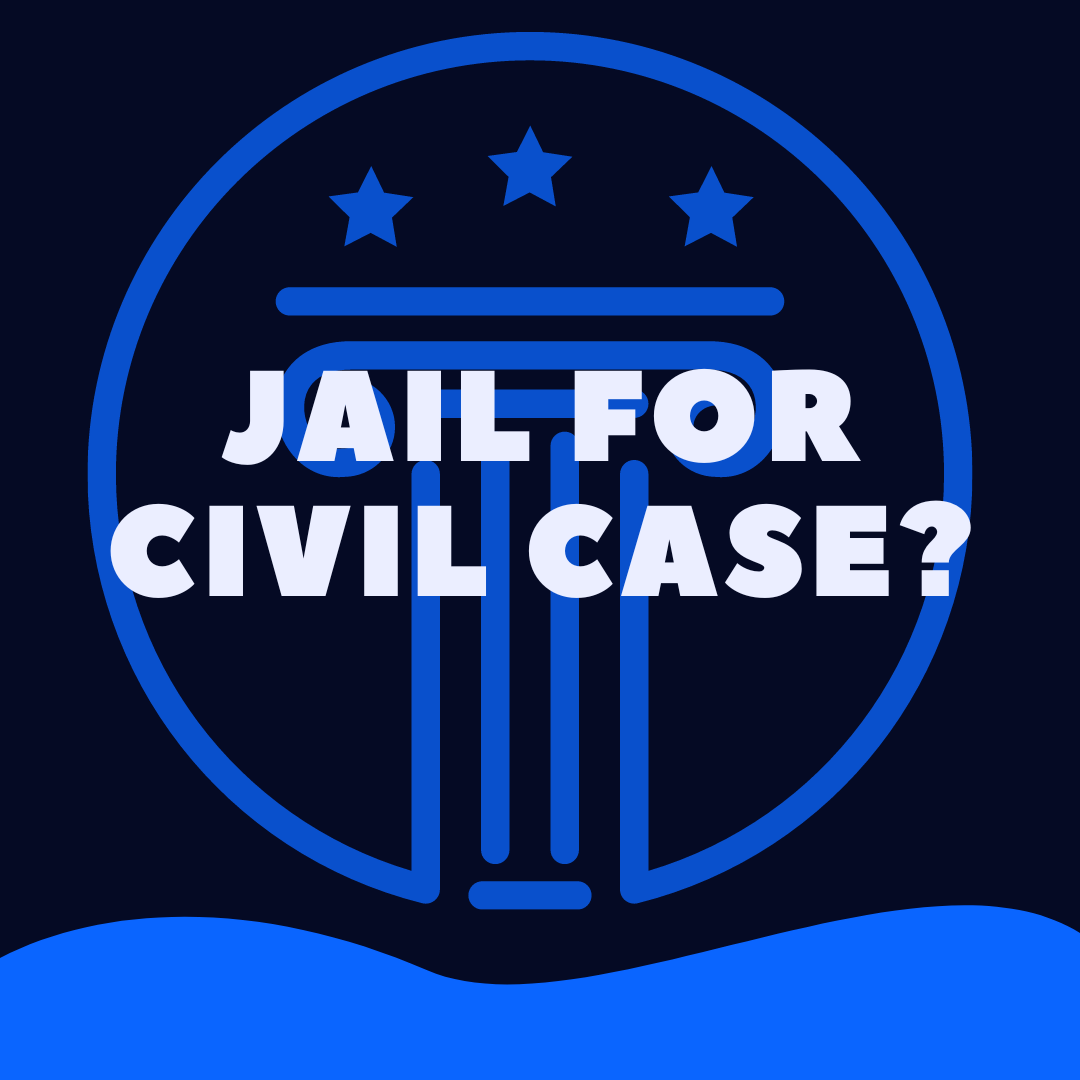 Answer: Except for in very limited circumstances, the participants in a civil case do go to jail.

Can You Go To Jail For a Civil Case? (Explained)

While the courtrooms and judges that hear civil and criminal cases are often the same, the rules that govern each side of the law are very different.

On the criminal side, charges are initiated/filed by the prosecution, be it a municipal prosecutor, district attorney, or attorney general.

In a criminal case, the statutes govern the available offenses, and the criminal cases are guided by applicable case precedent as well as the constitutional rights of the parties.

In criminal cases, the court can order the defendant to serve jail time, pay fines, serve time in the community, and to ‘not’ do something during a term of probation (like to stay away from specific locations).

To be able to punish the defendant with jail or otherwise restrict his freedom, many legal and constitutional hoops must be jumped through.

It cannot be done in a cavalier manner.

On the civil side, civil claims can be filed by any citizen in the United States against another person, multiple persons, companies, and even the government.

Statutes govern the available claims, but there may also be claims that can be brought under common law or case precedent.

Constitutional rights also apply, though the applicable ones in a civil case differ from those applicable in a criminal case.

In a civil claim, the plaintiff cannot demand that the defendant be sentenced to jail.

How Could Someone Go To Jail in a Civil Case?

While jail is generally not something a plaintiff can request in a claim, jail is something that can be requested as part of a contempt proceeding.

If a party to a case (civil or criminal) fails to comply with an order of the court, the individual can be found in contempt.

The judge may then order the party in contempt to pay damages or even serve time in the jail to punish him for his failure to comply and to encourage him to comply in the future.

In a civil case, if an individual is ordered to do something during the pendency of the case, such as producing specific documents, staying away from a particular piece of property, or to submit to a urinalysis, and fails to do so, the court can find the individual in contempt.

If the individual’s failure to comply with the court’s orders in a civil case are extreme, the court could order jail as a sanction or encouragement.

That being said, if the judge wants to order jail, the defendant is likely to receive an opportunity to seek out the assistance of an attorney to help safeguard his freedom and preserve his rights under the constitution(s).

What If The Civil Case Unearths Evidence of a Crime?

If the evidence offered in a civil case proves both the plaintiff’s civil claims and could also support prosecution, the prosecutor could pick up the case and file criminal charges.

But the criminal case would proceed separate and apart from the civil case.

Is Jail Likely To Happen in a Civil Case?

No, jail is extremely unlikely in a civil case.