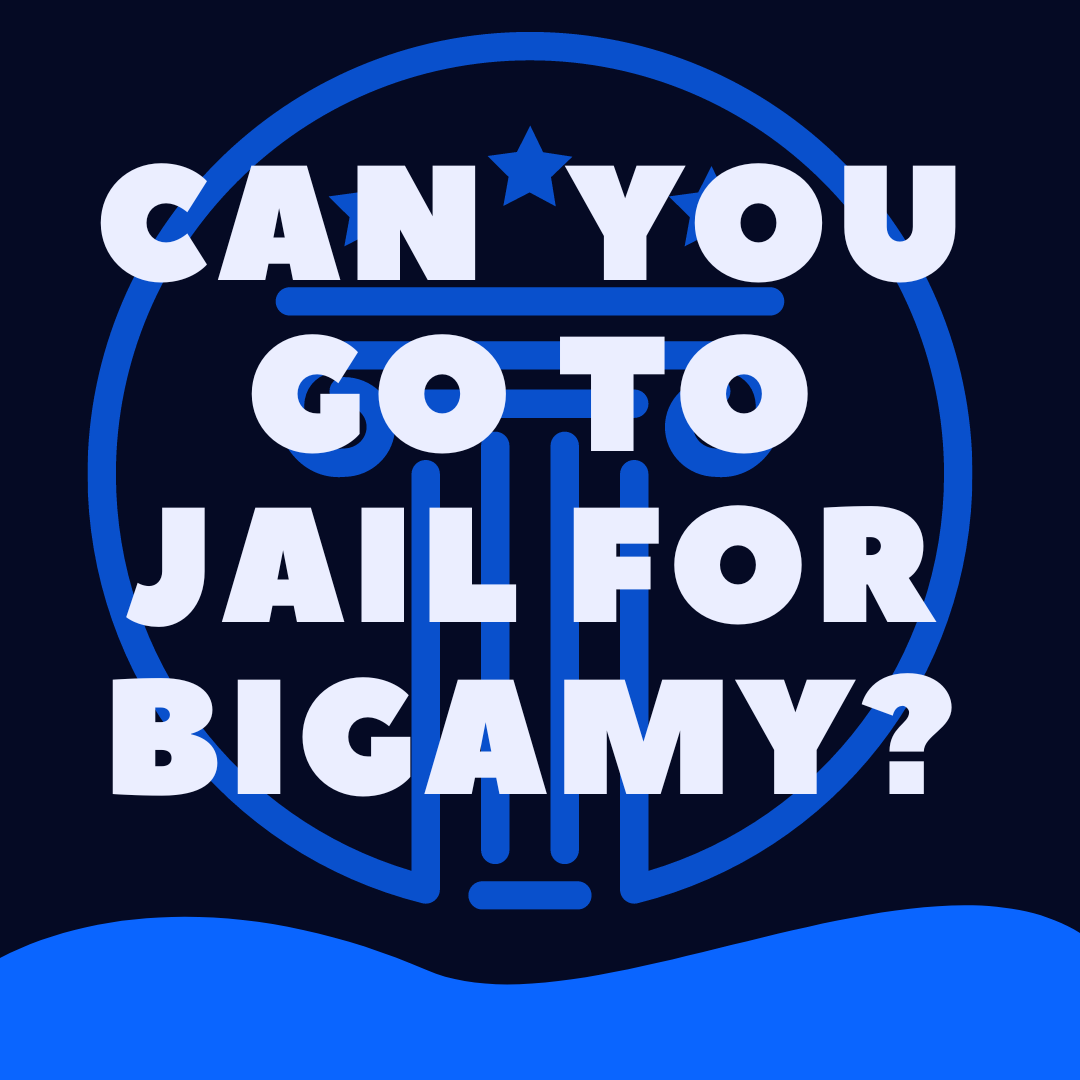 Answer: Yes, you can go to jail in the United States for bigamy.

In the article that follows, you’ll learn more about the crime of bigamy.

Can You Go To Jail For Bigamy? (Discussion)

What is the Potential Jail Time For a Bigamy Conviction?

The amount of jail time on the table depends on the severity of the offenses, the criminal history of the offender, and the factual circumstances of the situation.

If the offense is a low level misdemeanor, the maximum possible sentence is generally 1 year in jail.

If the offense is a low level felony, the maximum jail sentence could be in the range of 1-5 years.

If the offense is a serious one, then it could be more.

The amount of jail is heavily influenced by the previous criminal history of the offender.

For example, if the offender has been convicted of multiple felony crimes in the 10 years before the bigamy conviction, then the amount of jail is likely to be more.

If the offender has no criminal history, less jail time or even probation (without jail) could be an option.

Will An Offender Go To Jail For Bigamy?

Prosecutions for bigamy are rare in the United States these days.

First, intentional bigamy just doesn’t happen all that often, and if it does, it doesn’t get reported.

Record keeping and communication technology make it much easier to obtain information about death and divorces.

Second, unless the bigamy is involved in other illegalities (like crimes involving minors, immigration fraud, financial fraud, or theft), the crime itself is not often a priority in the already overburdened criminal justice system.

Third, law enforcement may just encourage the parties to seek out the remedies available on the civil side (annulment, divorce, re-marriage, etc).

Because prosecutions are rare, there is no way to say for sure whether an individual will do jail time if a report of bigamy reaches the ears of a prosecutor.

There may be a defense to the charge of bigamy if the prosecution chooses to move forward.

States vary on which defenses are available.

For example, some states allow a spouse to get re-married if they could not find the other spouse for a certain amount of time.

Mistake, coercion, and duress may also be an option.