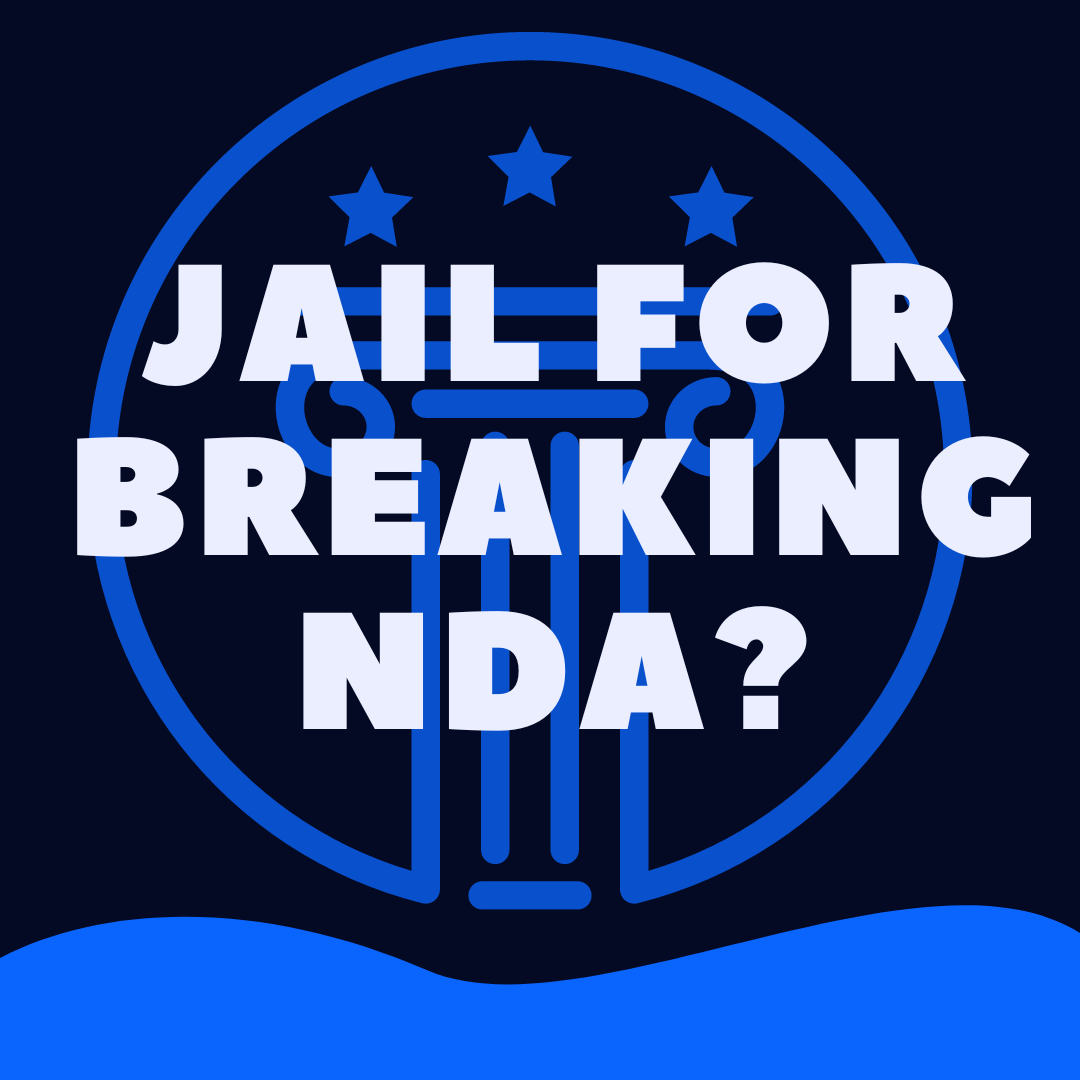 Answer: Most people who break an NDA do not go to jail, but it is possible.

Can You Go To Jail For Breaking an NDA? (Explained)

Basics of an NDA

A NDA (non-disclosure agreement) can be a clause/paragraph in a larger contract, or it can be a separate agreement all wholly its own.

In most NDAs, one or both of the parties agree to specific guidelines as it relates to information passed between them.

Most NDAs explain what would constitute a violation of the NDA, and also what the expected penalties could be.

An NDA is a civil agreement, and is not governed by the criminal statutes of the jurisdiction.

What Happens When Someone Breaks a NDA?

If one party to the NDA violates one of the agreements set forth, the party has committed a ‘breach of contract’ or a ‘breach of the NDA.’

The aggrieved party may pursue the remedies set forth in the agreement.

The aggrieved party could also file suit against the bad actor for violating the agreement, to seek recovery of any damages that resulted from the breach.

In general, almost everything that happens as the result of a NDA breach happens on the civil side of things.

Could Criminal Charges Result From Breaking a NDA?

But in general, the behavior involved would need to rise to something fairly significant.

For example, if an NDA prohibited allowing support staff to review technical documents (and staff did anyway), but no damages resulted from the breach, criminal implications are extremely unlikely to result even if the breach was reported to them.

The company which suffered the loss could report the event to law enforcement, and let the prosecutor (federal or state) review the case for criminal prosecution.

If the case was compelling enough, and the facts supported a conviction for a crime, the prosecution could go forward.

What could make a case compelling?

Without the ‘compelling’ element, the prosecution might simply recommend that the aggrieved party battle the case out in civil court.

But the key thing to note here is that the parties cannot agree in the original NDA that criminal prosecution would result from a breach of the NDA.

In the end, the decision to pursue a bad actor with criminal charges in a NDA breach lies with the prosecutor alone, and the parties involved cannot ‘file charges’ against each other on the criminal side on their own.

Jail is a listed potential punishment for conviction for any of these crimes, and any jail sentence is determined by many factors including the seriousness of the offense, the facts of the case, and the offender’s criminal history.

Will You Go To Jail For Breaching a NDA?

The facts of most NDA breach scenarios do not rise to the level of seriousness that would result in a criminal prosecution.

Prosecutor offices across the country are under funded and over burdened.

Those involved in a NDA breach have the option to pursue remedies on the civil side to try and balance the scales of justice.

Much of what crosses a prosecutor’s desk on the criminal side does not have a civil option, and the prosecution is the only ‘justice’ the community can expect to receive.

That being said, if an NDA was breached with purposeful intent, and serious damage resulted, a prosecution is not outside the possibility.

If you or someone you know has been involved in a serious NDA breach, consider conferring with an attorney.