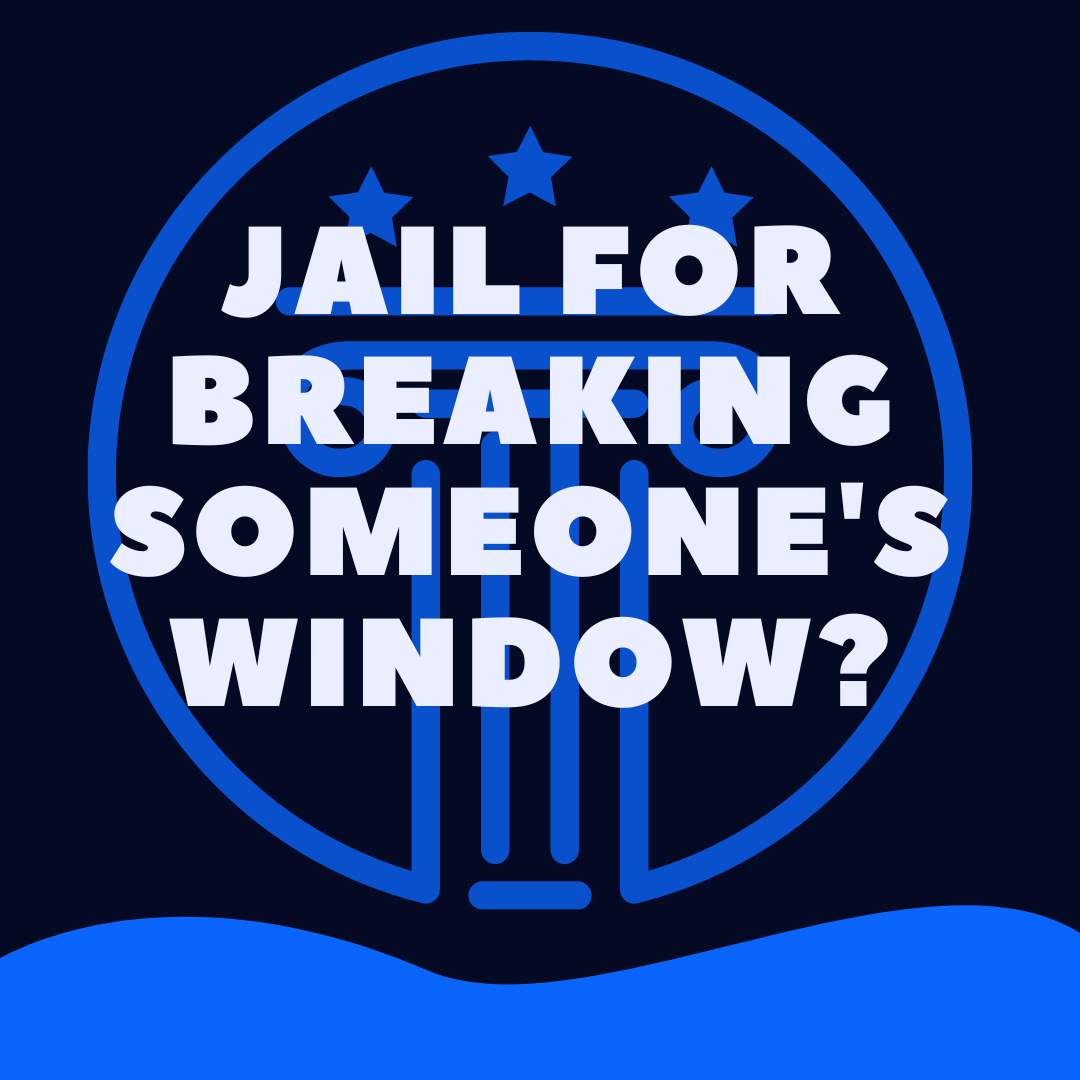 Answer: Yes, you can go to jail for breaking someone’s window, depending upon costs of the damage and the offender’s previous criminal history.

Can You Go To Jail For Breaking Someone’s Window? (Explained)

There are several potential charges (or even civil citations) that could result from breaking someone else’s window, and they may have different names depending on where you live.

Depending on the circumstances, a person who breaks someone else’s window could also be charged with trespass, disorderly conduct (that’s acting in a way that disturbs the public), violation of a protective order (if there is one), harassment, interference with making a 911 call, and more.

If the act is committed against someone based upon race or ethnicity, romantic relationship, or against a vulnerable person (child or elderly), the seriousness of the crime may be elevated even though the total dollar value of the damage is not significant.

There are several factors that play into whether an individual who breaks a window gets sentenced to jail.

The seriousness in this situation will probably be determined by the value of the window that was broken, unless the incident involved physical injury.

If the offenses were part of the same criminal episode, the dollar value of the harm may be lumped together, which could result in one felony charge.

Will You Go To Jail For Breaking Someone’s Window?

We have no idea whether you will go to jail for breaking someone’s window.

That being said, if a person who did the damage only caused minimal damage, has no prior criminal history, has expressed remorse and regret for the actions, and has already gathered the money together to pay for the damages, this person is less likely to be sentenced to jail.

In the same vein, if a person who did the damage committed additional crimes in the same episode, has significant criminal history or convictions for the same behavior, is unwilling to take responsibility, and has made no efforts to get money together to pay for the damages, the person is more likely to be sentenced to jail.

Questions About Criminal Charges For Breaking a Window?

Reach out to a criminal defense lawyer who practices in the community where the incident occurred.

The lawyer will be able to provide information, advice, and strategic guidance to someone who has been charged with a crime, or is afraid that he might be soon.