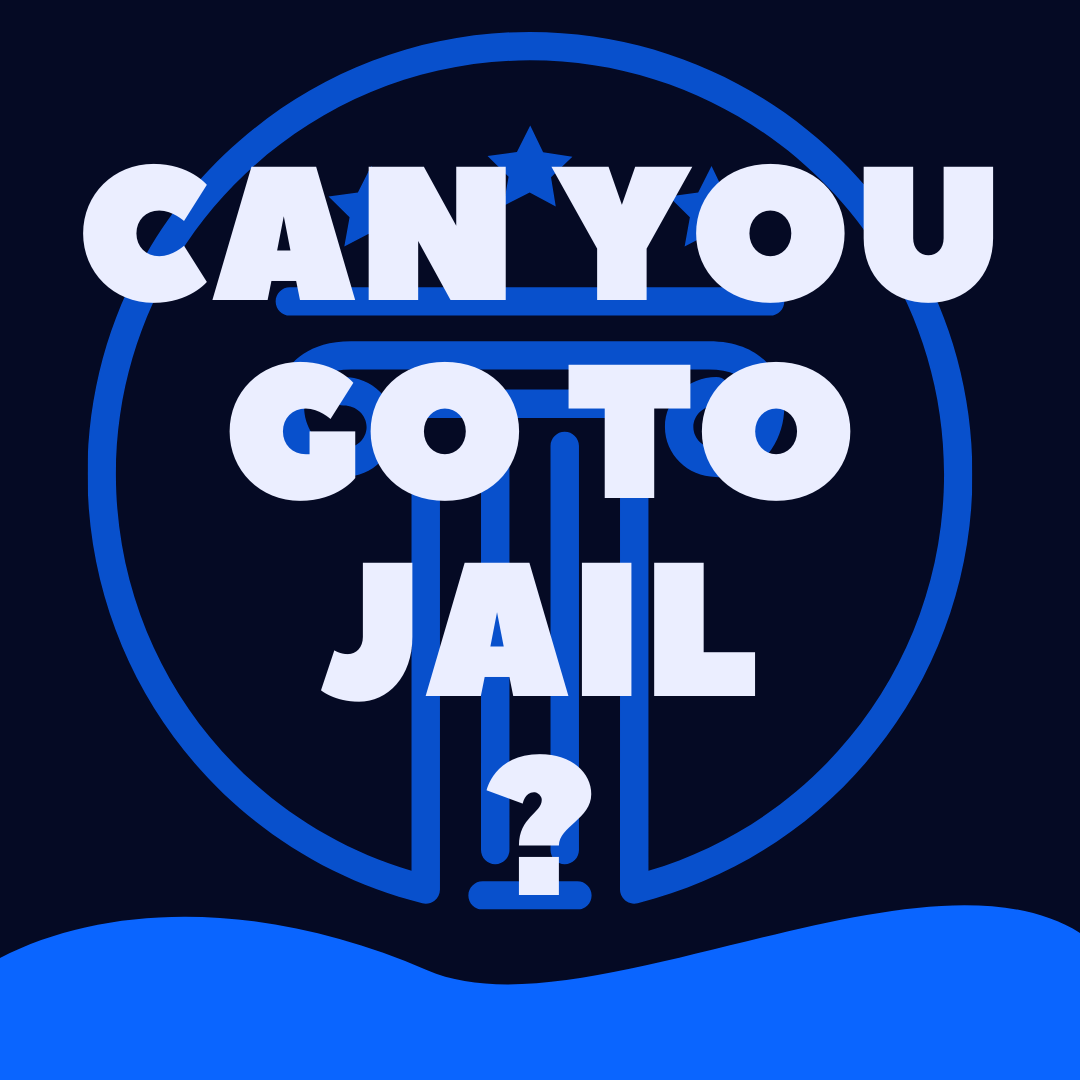 Yes, you can go to jail for choking someone.

However, how long you’ll go to jail is now always clear.

Can You Go To Jail For Choking Someone? (EXPLAINED)

Legally, choking (aka strangulation) is any kind of behavior that impedes the breathing/airway of another person.

A person can be strangled with someone else’s hands wrapped around the neck.

But laying a forearm or other item across the throat to block the flow of air would likely count as well.

Covering the nose or mouth could also qualify.

The legal definition of choking varies from state to state.

Many states wrap up the crime of strangulation into the crime of assault (which is often about infliction of physical injury).

Other states have a free standing crime of strangulation, which may or may not require the infliction of serious injury.

Is Strangulation/Choking A Misdemeanor Or A Felony?

The crime of strangulation is a misdemeanor in some states, while it is a felony crime in other states.

In recent years, there has been a push to raise choking from a misdemeanor to a felony (thereby increasing the maximum penalties for fines and jail time) to help recognize the seriousness of the crime.

It doesn’t take much to strangle someone to unconsciousness (a few seconds, less than 10), and less than a minute to cause death.

The increase in severity of the crime is in part to discourage offenders from utilizing this form of physical touching.

Elevating the punishment for strangulation to something more serious is also in part to discourage domestic violence as a whole.

The penalty for choking someone in one state may be different than it is elsewhere in other states.

In any case, we do not know of any state where strangulation constitutes only a civil violation (like running a stop sign) where there is no risk of jail time.

Any state in the United States, if you are accused of the crime of strangulation, puts you at risk of serving jail time.

Will You Serve Jail Time If you Choke Someone?

Each case is fact specific, so it is hard to say without knowing more about the state, the criminal history of the defendant, the factual circumstances of the crime, and whether or not strangulation is a misdemeanor or felony.

In any case, one of the most important aspects of the case (and the alleged crime) is how much damage/injury the victim suffered.

If a defendant chokes someone, and in doing so, causes massive injuries which require extensive health care, the defendant will likely face additional charges in addition to strangulation, such as assault, battery, harassment, coercion, or even murder/manslaughter if the victim dies.

All of these crimes are types of crimes where jail is a potential outcome.

After the damage to the victim, the most relevant element to the question of sentencing (in our opinion) is the criminal history of the defendant, especially against the particular victim.

If the defendant has been convicted on more than one occasion of committing crimes of violence against the same individual, he may be looking at a more severe punishment than a first time offender, or the first time offense against a particular victim.

For repeat offenders, the district attorney/prosecutor assigned to the case will likely be looking at ways to get the maximum amount of jail time possible.

For prosecutors who regularly handle domestic violence cases, their goals are many.

One of them is to bring about punishment for the wrong doer.

Another might be to protect the victim by putting the person who harmed him/her in jail so that the bad acts can no longer happen (hence the long jail sentence).

Another might be to build up a documented record of criminal history so that the next time the defendant hurts someone, his sentence will be very, very long.

In any case, the uncomfortable but honest answer is that it depends.

What If Both Parties Consent To The Choking?

This is a really interesting question.

Looking at many statutes, there is no element that requires the choking to be “against the wishes of the victim.”

Thus, it is pretty likely that even if the victim was okay with the behavior, the government could still pursue prosecution against the wishes of the alleged victim.

Those of us who are adults understand that choking/mild strangulation is a technique employed in intimate situations between consenting partners.

And in most cases, those private moments between consenting adults will not result in criminal prosecution or jail time.

After all, who is going to know?!?

But…technically, a person could probably be prosecuted for that behavior the way many of these laws are written.

That being said, it is highly unlikely that any district attorney would pursue charges for this kind of act between two consenting adults where no physical injury results.

After all, there are thousands of crimes occurring daily that do result in physical injury that 100% need to be prosecuted for the good of all.

However, in the event that a nice evening at home goes a little too far, the person who commits the strangulation or choking could find himself in some pretty big trouble.