Can You Go To Jail For Texting and Driving? (Discussion)

Many states have recently enacted laws that prohibit texting while driving, even if the driver is otherwise operating the vehicle safely.

Other states are working towards adding texting and driving restrictions.

The penalties for driving and texting vary from state to state; some of the states make it a traffic ticket (like speeding) while others have raised it to the level of a misdemeanor (which is punishable by jailtime).

For example, most states have a “violation of the basic rule” citation.

This is a catch-all citation that can be issued when a driver is simply not operating a vehicle in a safe manner in the conditions, even if the driver is going the speed limit and is staying in the lanes.

Most states also have crimes for “careless driving” or “reckless driving.” There’s also “reckless endangerment” when a driver operates a vehicle in such a way that endangers others in the vehicle.

While the penalties vary, the version of “reckless” driving valid in most jurisdictions is punishable by jailtime.

Will You Go To Jail For Texting and Driving?

If an offender is before the court for a first offense of texting and driving, and did no other damage to the community, probation without an additional jail sentence for the offense is more likely. 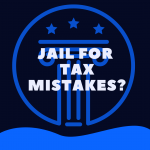 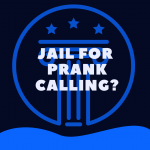