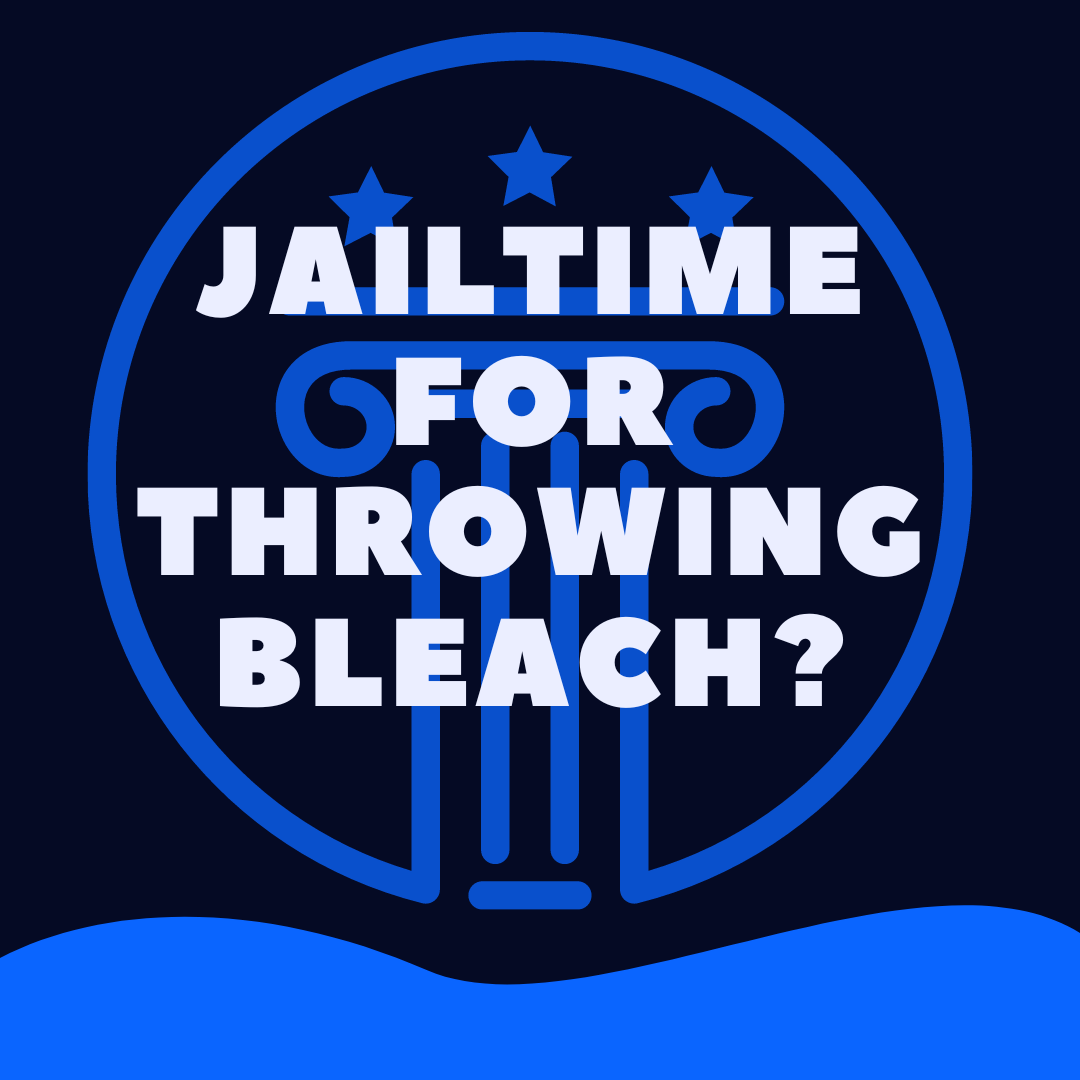 Yes, you can go to jail for throwing bleach on someone if the throwing meets the intent requirement of the statute.

Can You Go To Jail For Throwing Bleach On Someone? (Discussion)

Crime of Throwing Bleach On Someone

Throwing bleach on someone is considered a “harmful or offensive touching,” which is a crime.

If the bleach throwing act was committed against a romantic partner or spouse, the incident could be considered domestic violence, and a domestic violence enhancement could take a simple assault case to the level of a serious felony.

If the bleach throwing act was committed against a child of the offender, additional charges of child abuse could follow.

If the bleach throwing act was committed against a person of a specific race, there may even be a ‘hate crime’ enhancement that could make the case much more serious.

But let’s say the bleach spill on the victim was not careless, reckless, or intentional.

If there was no intent to throw the bleach on someone else, then the bleach incident is not a violation of the criminal statutes.

Throwing bleach on someone could also damage the property of the intended recipient of the bleach, as well as anyone else who was nearby.

The bleach could also cause damage to property in the vicinity.

For example, throwing bleach on someone wearing a nice suit could cause irreparable damage in the hundreds of dollars.

The bleach could also damage furniture or decorations.

Throwing bleach could also result in charges for disorderly conduct, and harassment.

Will You Go To Jail For Throwing Bleach On Someone?

In most states, throwing bleach on someone would at least rise to the level of a misdemeanor physical harassment or simple assault, and jail time is an available punishment for these crimes.

Since bleach is a caustic chemical and has the possibility to do significant and permanent damage, it seems likely that a prosecutor would seek to charge the offender with more serious crimes.

Did You Throw Bleach On Someone?

If you have been charged with assault for throwing bleach on someone, or you think you will be, it is best to confer with an experienced criminal defense attorney in the jurisdiction where the incident took place.