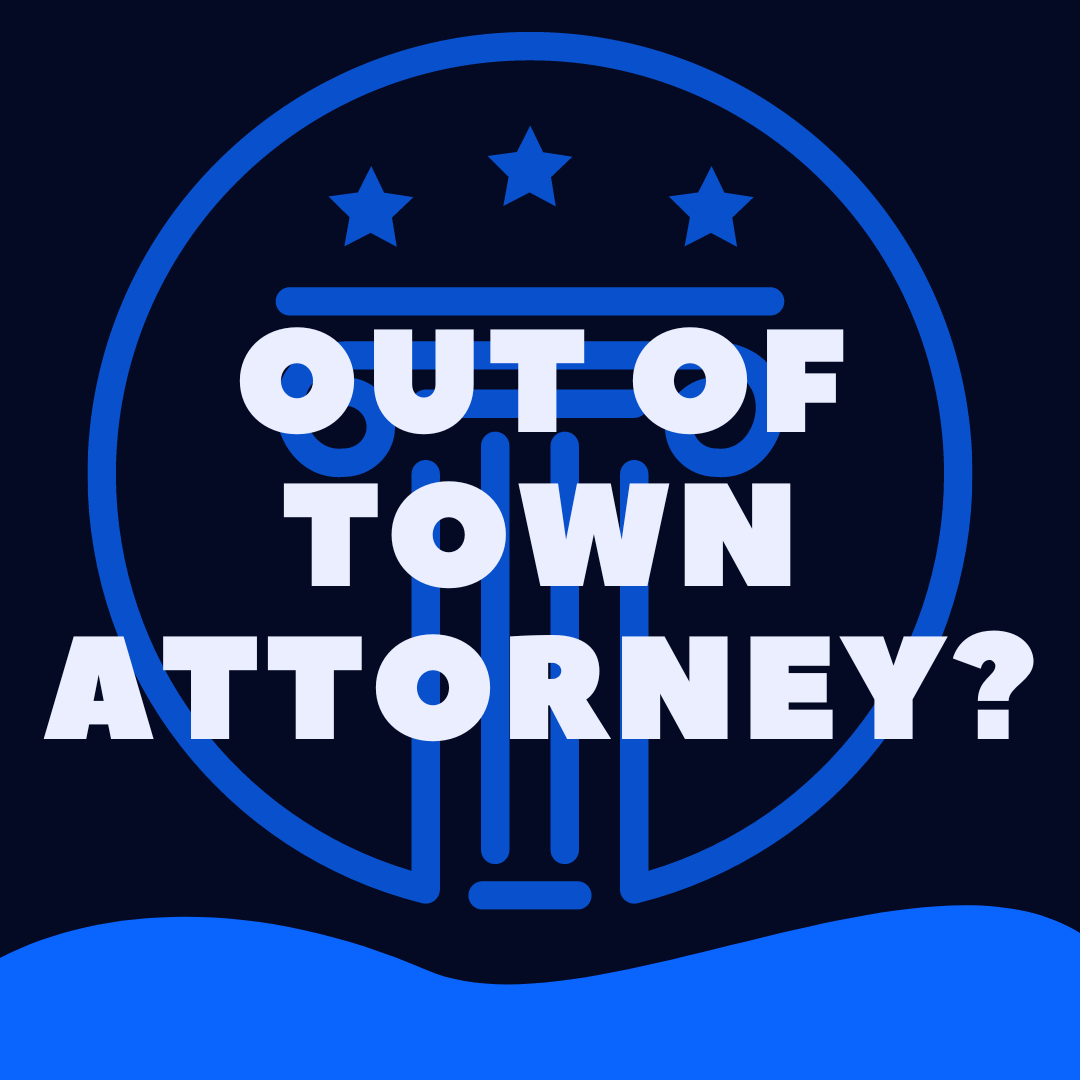 In general, assuming the city is in the same state, you can hire a lawyer from another city.

However, there can be pros and cons to doing so.

Can You Hire a Lawyer From Another City?

Where Lawyers In The US Can Practice

Instead, we are mostly licensed to practice by state.

A lawyer who is licensed in California, for example, should be able to appear in all the state, county, and municipal courts without obtaining additional certifications.

Lawyers may obtain a license to practice in many states.

Some states offer “reciprocity” to licensed lawyers to allow them to practice, while others allow an attorney to be admitted under supervision on a limited basis (like one case).

Considerations When Hiring An Attorney From Another City

Cons of an Out of Town Lawyer

While you can hire a lawyer from another city (so long as the city is in the same state, or the attorney is also licensed in the state where the city is located), it is not always a good idea to do so.

You learn the judges, the schedules, the layout of the courthouse, the particular rhythms of the day in the court, and more.

Knowing the names of the clerks, bailiffs, and other staff can help you get your work accomplished, sometimes more quickly and more easily.

As a lawyer, I often traveled to other courts, and found it to awkward and a struggle at times to figure out where we needed to go, and how to make things happen.

Sometimes those awkward moments can be costly to the client, both in attorney fees and in strategy.

For example, courts have unwritten rules about how to get a case called.

Sometimes the attorneys need to just stand up and announce themselves.

Sometimes the attorneys have to submit slips of paper, or get the file from the court clerk.

In another example, some courts conduct themselves less formally, or more formally.

Lawyers that come from a court that allows them to be more aggressive to a court where things are less aggressive will find themselves getting dressed down by a judge or even losing their motion/case (getting “home towned”).

While you might be able to glean some of this from the court’s local rules, many of these other details are not written down anywhere, and the only way to know is to practice in the court.

As a client very much needing the confident guidance of an experienced lawyer, I’d much prefer to work with an attorney who had appeared many times in a particular court, versus hiring one who was just as lost as I was.

This is not to say that an out of town lawyer can’t do a good job, because we can, and we do.

But sometimes you just don’t know what you don’t know, and the only way to figure it out is to do it wrong (which can be uncomfortable).

An out of town lawyer will also find themselves at a disadvantage for quick court appearances.

With the rise of the use of remote appearance technology, quick appearances are being handled more and more over zoom, which places the attorneys regardless of physical location on equal footing.

But if the judge wants to see you right now, the out of towner will struggle to comply.

Finally, if you hire an attorney who is located far from the courthouse, you might end up paying a lot of money for your attorney’s travel time to get to court or to other relevant locations in the case.

Pros Of an Out of Town Lawyer

There are also upsides to an out of town lawyer.

Sometimes you need a lawyer who is more aggressive than the lawyers of the local bar, or isn’t intimidated by a particular opposing lawyer or judge.

Sometimes you need a lawyer who is a true expert in a particular area of law, as opposed to local general practice lawyers who dabble in the area.

Sometimes you need a lawyer who will actually shake things up instead of just going along with the usual flow of things. For example, in some courts, defense attorneys do not aggressively file criminal defense motions in advance of trial even though these often make a difference in the case as far as negotiating a settlement, trial, and on appeal. An out of town lawyer will file what they think needs to be filed, regardless of what the local guys usually do.

Sometimes you can get a good lawyer who practices in another city at a better price, even with the costs of travel factored in.

Sometimes you aren’t located in the city where the case has been filed either; it makes sense to hire an attorney where you are located so you can easily meet with him/her.

In the end, the location of your attorney’s office compared to the courthouse is a small consideration.

You are much better off focusing on:

It would probably be best if you can find all these things close to you and close to the courthouse.

But if you can’t, hiring from out of town isn’t the end of the world and happens all the time.