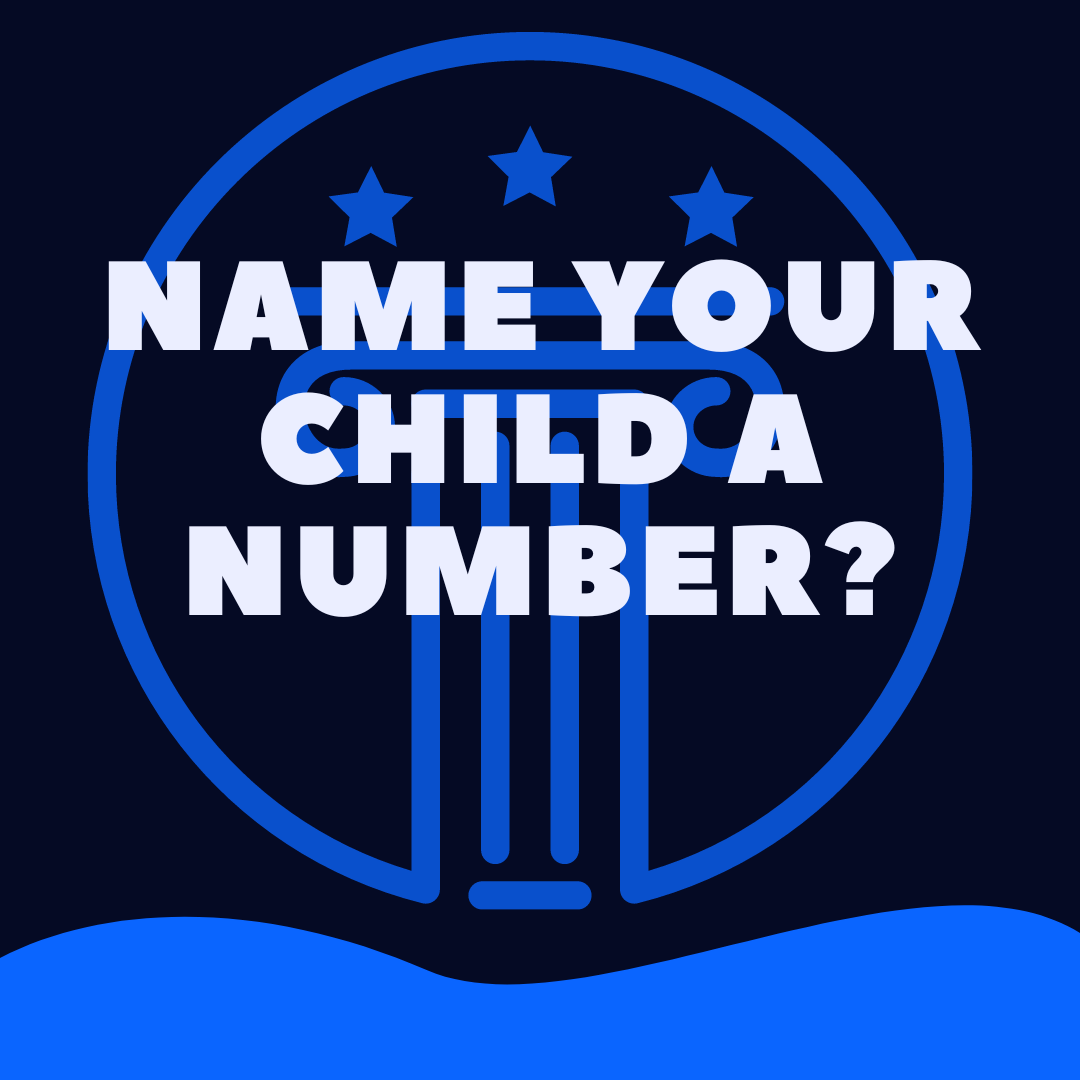 The short answer to this question is that it’s legal in some states, but definitely not all of them.

Some states have no restrictions at all on what you can name your baby, while other states prohibit you from using numbers or symbols, names that are too long, or names that contain obscenities.

This article will explore more deeply the question about what you can legally name your baby, as well as the consequences of flaunting the state laws where you live.

Can You Name Your Child a Number? (Explained)

There is no rhyme or reason to how individual states write legislation about baby names, but you can be sure that whatever they do decide, those laws are on the books, and can be referred to when necessary.

In a very representative case, the oldest son of Elon Musk and his celebrity wife, singer Grimes, was named X Æ A-12, which is an illegal name in their native state of California.

At some point, it will probably become necessary for the son to undergo a name change, so as to be within legal statutes regarding possible names.

If not, it will be relatively difficult for this son to proceed through life without having access to such privileges as a driver’s license, passport, unemployment insurance, and social security.

Some states have very strict laws regarding baby names, for instance, California.

In that state, it is illegal to include accent marks and diacritical marks over a name like Jose.

In 1986, Proposition 63 established English as the official language of the state, and at that time it was deemed appropriate to allow only “the 26 alphabetical characters of the English language with appropriate punctuation if necessary.”

California happens to be the state where Elon Musk and his wife reside, so it is likely that at some point, some kind of name change may be necessary for their son.

What are the consequences of ignoring state laws about baby names?

In the case of Elon Musk and Grimes, they conferred the unusual name on their son out of some conviction they shared mutually – but there’s no question it will cause problems for their son eventually.

If you don’t have a legal name, it will be impossible to get your driver’s license or a passport, both of which are generally needed during the course of a lifetime.

The consequences of naming your baby something illegal can thus be seen to be a tremendous inconvenience for the child, which will have to be overcome somehow.

It also exposes your child to some fairly serious criticism and ridicule from peers who don’t understand the reasoning behind the name.

Parents should be on the lookout for ways to make life easier for their offspring, as opposed to saddling them with an encumbrance like an illegal name.

Why are there laws about baby names?

This is a very good question, especially in light of the fact that existing legislation often completely misses the mark in trying to avoid embarrassing or obscene names.

One famous case in New Jersey saw a couple name their child Adolf Hitler Campbell, which was perfectly allowable under state law.

Laws on the New Jersey books only required names that contained no “obscenities, numerals, symbols, or combinations of letters, numerals, or symbols.”

It would not have been acceptable to name him Penis Campbell but being named after a mass murderer and genocidal maniac is perfectly legitimate.

In 2013, another well-known name case made headlines when a Tennessee judge ordered that a child’s name be changed to Martin from Messiah, because she ruled that only one person in history could have the name Messiah, and that was Jesus Christ.

However, Tennessee law could not prevent a later overturning of that decision, when another judge ruled that the child be restored to his original name of Messiah.

In most cases, state naming laws are not in place to challenge the appropriate-ness of a baby name but are merely trying to avoid practical consequences of inconvenient names.

In many cases, individual state laws are enacted so as to prevent complications with official record-keeping, because the state cannot process unusual names such as Infant, Boy, or Messiah.

In New Hampshire, for instance, there is a maximum of 100 characters allowed when adding up the letters of the baby’s first, middle, and last names.

This is to ensure that it won’t conflict with state processes for record-keeping.

As weird as some baby names are around the country, it’s likely that there are at least some laws on that state’s books that govern the limitations of naming your baby.

For the most part, these laws aren’t really intended to challenge how appropriate the name may be but are enacted more out of a sense of keeping names compatible with state processes on record-keeping.

There’s nothing that prevents parents from naming their child 7 or !! – but names like that will almost certainly lead to complications for the child at some point and will probably require some tweaking at least in order to bring them back within legal guidelines.

Some states will not issue important documents such as a driver’s license or a passport to someone who has an illegal name, and that alone is a pretty strong reason for making the change.

So, if you’re thinking of being really creative with your baby’s name, do consider the consequences for your child.