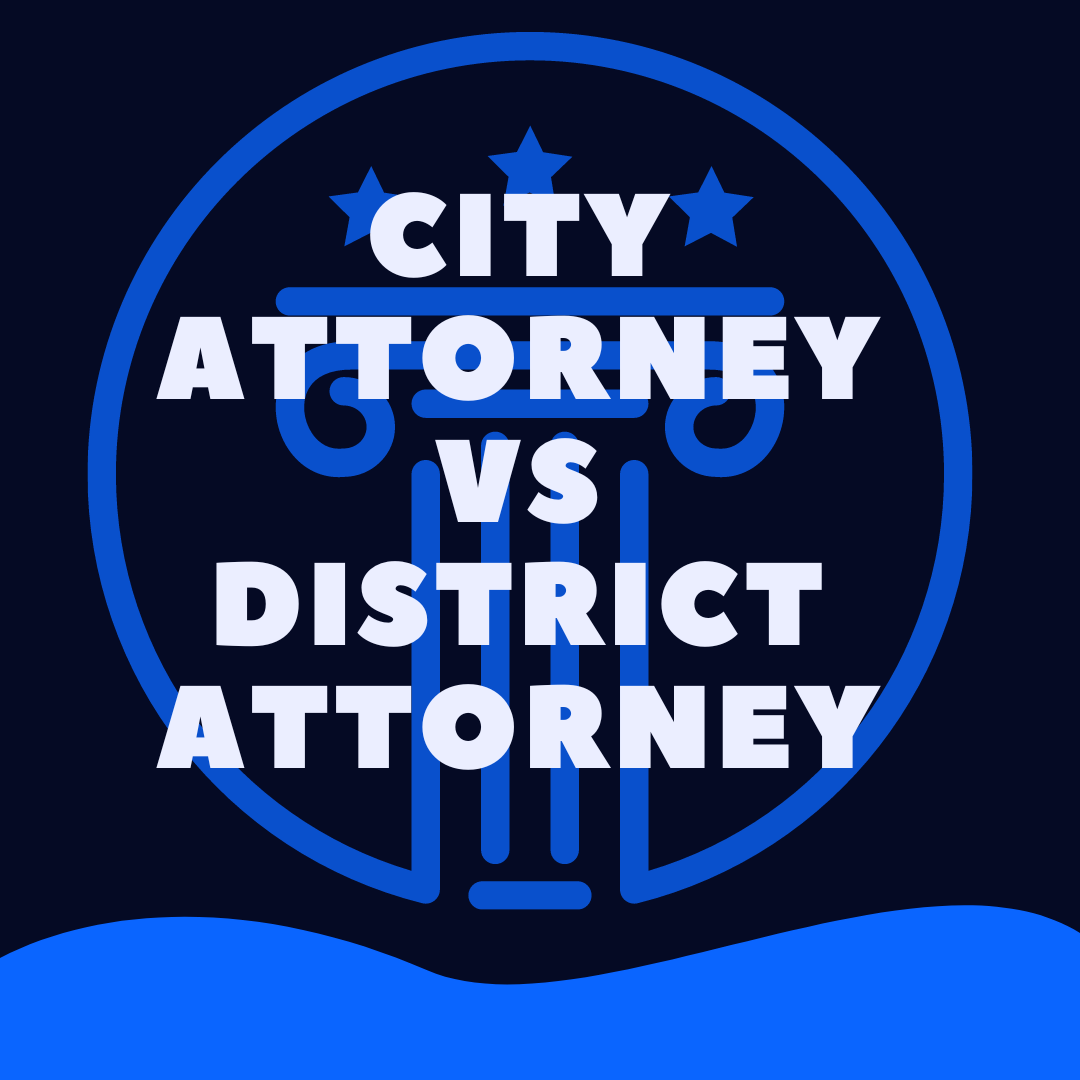 No, city attorneys and district attorneys are not the same. They might both be government positions held by lawyers, but there are also key differences that set them apart.

What is a City Attorney?

For starters, city attorneys typically work for the municipality or city government.

The government body city is their ‘client’ and the entity they owe duties to (confidentiality, zealous advocacy, etc).

Their duties  may include representing the city in civil legal matters (land use, taxes, contracts, personnel, ethics), drafting or reviewing city ordinances, and providing legal advice to the mayor and city council.

They may also represent the city in employment matters, such as negotiating the hiring/firing of employees and handling employee disputes.

City attorneys are not elected officials.

In fact, an entire law firm may have the job of handling the ‘city attorney’ position.

That’s the job of a different kind of attorney.

Depending on the crime (and investigating agency), the municipal prosecutor (aka city prosecutor) or the district attorney might handle the criminal side.

City attorneys generally are required to have obtained a juris doctor, based a state’s bar exam, and been admitted to practice in the state where the city is located.

The city attorney position is usually held by an attorney with a decent amount of experience, though he/she may have the assistance of junior associates.

The city attorney may be an employee of the city, or he may bill the city for the time and expenses incurred during the performance of his duties.

The city attorney may appoint or hire any number of assistant city attorneys, depending upon needs and budget.

What is a District Attorney?

District attorneys, on the other hand, are elected officials who act as the chief prosecutor for their jurisdiction.

District Attorneys often represent the State, and handle a specific part of the state (rather than the whole state).

District Attorneys are responsible for overseeing all criminal cases within their territory and deciding which cases to pursue.

District Attorneys review police reports, file charges against defendants, direct the investigation of criminal cases, represent the government in trials, and negotiate criminal cases to settlement, among other tasks.

The primary District Attorney is elected, but he has the freedom to appoint as many assistant or deputy district attorneys are necessary and as budget allows to serve the area’s needs.

To become a district attorney, an individual would need to have obtained a juris doctor, passed a bar exam, and be admitted to practice in the state.

While in an election, a new grad out of law school could get elected, the head District Attorney position is generally held by a DA with significant experience in the prosecution of serious criminal cases.

Is a City Attorney a Prosecutor?

Generally, the city attorney is not a prosecutor.

This is not because the city prosecutor is incapable of handling criminal matters.

Instead, it is generally a matter of time and resources.

A city attorney’s plate is usually pretty full with other duties, and taking on the job of prosecution is not possible.

In certain municipalities, it might be possible for the city attorney to handle both jobs on the civil and criminal side.