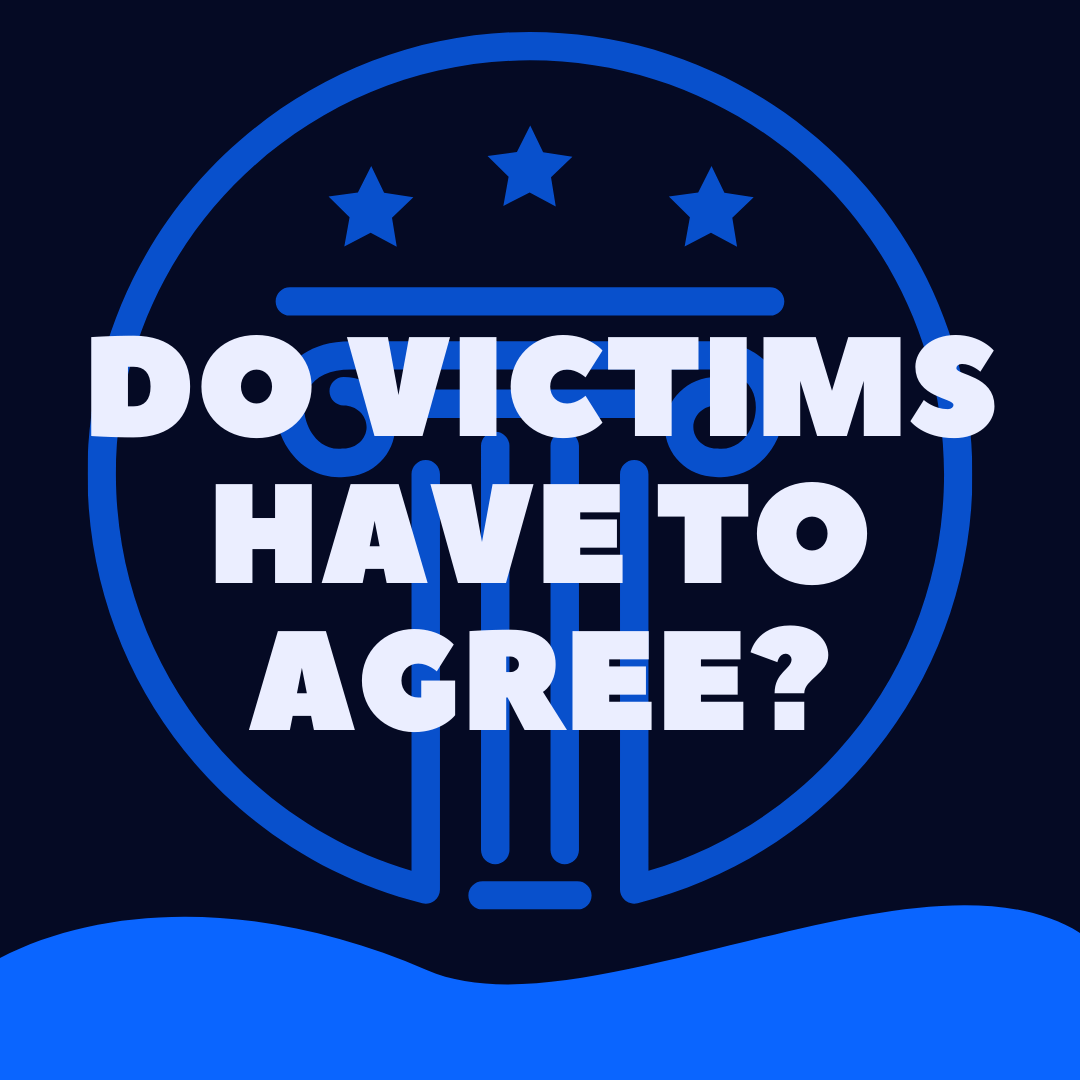 No, victims do not have to agree to plea deals.

In the article that follows, we’ll explain more about the rights that a victim has in a criminal case as it relates to the case outcomes.

Do Victims Have To Agree To Plea Deals? (EXPLAINED)

What Is A Plea Deal?

A plea deal is usually a negotiated resolution of the criminal case.

In general, each of the parties (the government and the defendant) get something they want.

Usually the government is getting a guaranteed guilty plea.

Usually the defendant is getting to wrap up his case, with the prosecutor’s agreement to recommend a specific sentence.

In some cases, the judge may agree to be bound to the negotiations, but sometimes not.

What Are The Rights Of The Victim In The Plea Bargaining Process?

The victim has a right to participate in the case in certain ways.

First, the victim has the right to be notified of all substantive stages of the case in advance, such as hearings.

Second, the victim has the right to make a written or verbal statement to the court about the case, the defendant, and the proposed sentence (aka the victim impact statement).

Third, the government has to confer with the victim about the proposed resolution (or make reasonable efforts to do so).

Naturally, the specifics of the rights of the victim vary state to state, and are set by the governing statute in the jurisdiction.

But here’s what the victim does not have the right to: to approve or disapprove the proposed deals.

The Victim’s Opinion Matters, Sort Of

Each state has laws to protect the victims of crimes, and to ensure their participation during the pendency of the case.

But the victim’s opinion, approval, disapproval, requests for changes, etc, does not prevent the prosecution from making a deal with the defense.

At sentencing, the court will give the victim a chance to speak, and this is a time when the victim can express his approval or disapproval about the proposed resolution.

If the parties have asked the judge to be bound by negotiations, the judge may ask for the victim’s opinion on the outcome before making his decision to proceed.

But in the end, I have rarely seen the statement made by the victim appear to do anything to the judge as far as approving the negotiated resolution or not.

There are a few reasons for this.

First, the prosecution is unlikely to seek out a resolution that he knows will offend the sensibilities of the judge, regardless of what the victim thinks.

Second, judges get a bit jaded, I think.

They see a lot of victims, and a lot of defendants.

At some point, the cases need to move along, and every guilty plea means another case for trial taken off the docket, which makes room for other meritorious cases to proceed.

Out Of The Victim’s Hands

In the end, the victim has the right to state her opinion, but little control over the outcome.

The outcome is firmly in the hands of the judges and lawyers working the case to resolution.

Other Victim’s Rights Articles You Might Find Useful Include: