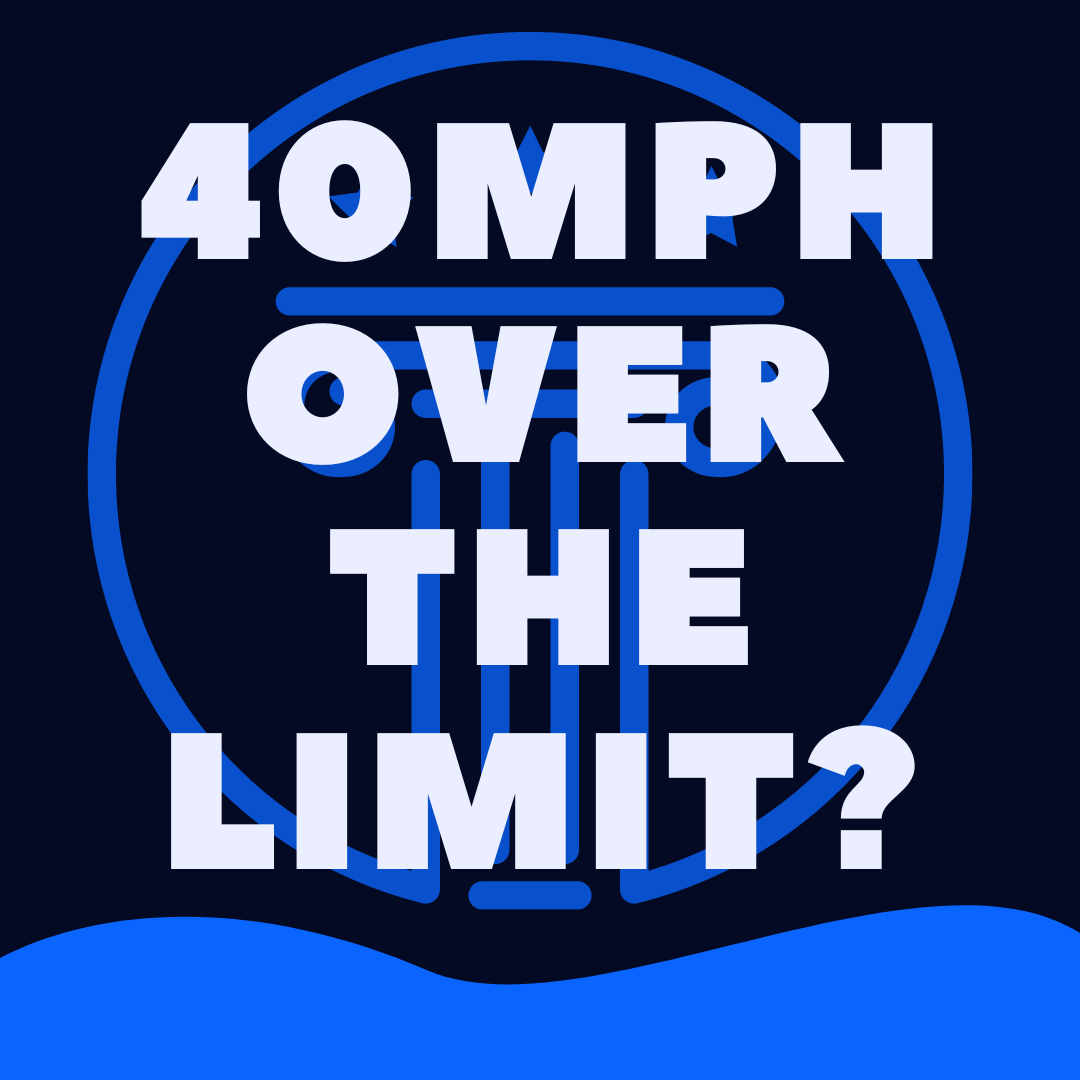 Despite what you might read on the internet, you could be facing jail time for getting caught going 40 mph over the speed limit, even if this is your first offense.

People who are unfamiliar with the justice system may not realize that speeding tickets are not actually considered “criminal offenses.”

Instead, they are usually considered “civil” offenses.

This is the case even though the police are involved in giving out the ticket, and in the process of prosecuting the ticket to resolution.

As a result, jail is not an option as a punishment.

How Additional Charges Get Filed

When a person is pulled over and a ticket is issued, the police officer has the right and maybe even the responsibility, given department policy, to create a police report documenting what happened or what was observed.

The police report is generally forwarded to the prosecutor’s office.

The prosecutor’s office has the right to pursue more serious or different charges based upon the police officer’s observations reported in his/her report.

If the prosecution decides to pursue additional charges in the criminal realm, the defendant must be notified of those charges, and be afforded all of his rights pursuant to the laws of the state/country.

40 MPH Over The Limit

Many states have laws that make going over 100 mph a misdemeanor crime, regardless of whether that’s 20 mph over the speed limit or 50 mph over the limit.

Other states have laws that apply when the driver has gone 20, 30, or even 40 mph over the limit.

In any case, the factual circumstance of driving 40 mph over the speed limit, whether you are driving over 100 mph or not, would likely support a criminal charge of reckless or careless driving.

In some states, these could be a more serious traffic ticket (no jail).

In other states, these could mean a low level criminal charge (such as a misdemeanor), where a defendant could face a maximum penalty of jail time and a fine.

The case gets worse for the defendant if other people were in/on the vehicle, such as children.

Depending on the circumstances (like if the speeding involved an argument or domestic dispute), the behavior could support a felony (such as attempted assault, kidnapping, and coercion).

Jail is not guaranteed if you go over 40 mph.

But if the circumstances support additional criminal charges, or the state you are in prosecutes speeding aggressively, jail is a possibility.

Should You Get a Lawyer For Going 40 Mph Over The Limit?

Many people charged with speeding choose to represent themselves, especially if their intent is to plead guilty and pay whatever fine results.

Some folks may want to consider defending themselves more aggressively, such as in circumstances where:

In any event, it generally makes sense to make a connection with a criminal defense attorney early on to get some guidance about how to handle the insurance company, to talk to police officers, and how to try and negotiate the ticket.

They attorney could provide you with state specific information and advice, and potentially help you obtain a better outcome.