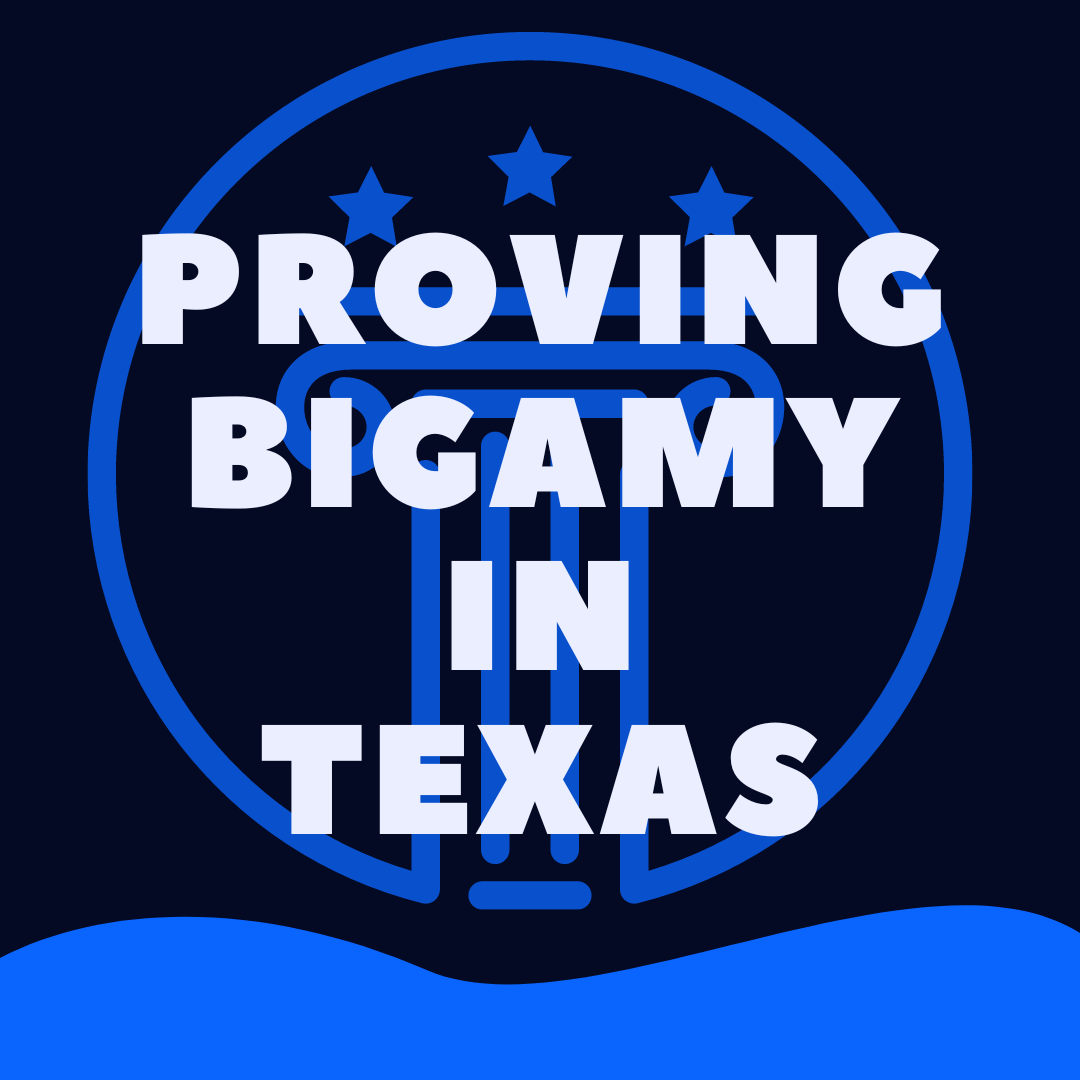 Proving bigamy in Texas is not difficult to do if there are clear records of the original marriage, and witnesses available to testify about the defendant’s knowledge of the eligibility of the parties to enter into a marriage.

But it can sometimes be more tricky.

How to Prove Bigamy in Texas (Explained)

Bigamy is the criminal offense of marrying again before the previous legal marriage was terminated by divorce or death.

The specific statute on point in Texas that will guide the parties in the investigation, prosecution, and defense of the charge states that an individual commits the offense of bigamy if he does one of the following things while legally married:

A person also commits the offense of bigamy if he knows that a person if legally married and does one of the following things:

Defenses to Bigamy In Texas

A reasonable belief that the involved parties were both free to marry is a defense in the state of Texas.

While there are multiple ways of proving the “reasonable belief,” the statutes specifically state that certified true copies of a death certificate or a court document could suffice.

While bigamy may be reported to authorities in any number of ways, to prove the case to the high burden of proof in criminal cases, more than speculation is necessary.

The primary way crimes are proven in all states in the United States is admissions by the defendant.

The admission may come in the form of a confession while under arrest to a police officer or investigator.

The admission may come in the form of a statement made out of custody to a police officer or investigator.

The admission may come in the form of a statement made to a witness, such as a spouse, family member, friend, work colleague, or even a stranger.

If the defendant has not admitted to the bigamy at all or in a way that can be offered at trial, the government would like seek out documentation confirming the existence of the original marriage.

If there are official government agency records kept confirming the application, issuance of the license, and return of the signed license, the government will likely seek those documents, as well as subpoena the record keeper witness who could authenticate those records to establish foundation at trial.

Third, the government will call the first spouse as a witness.

While some defendant admissions are not admissible due to privilege exclusions, Texas law in this section specifically allows the lawful spouse to testify for or against the offender concerning proof of the original marriage.

Other statements such as text messages, emails, social media posts, recorded phone calls, and videos may be offered to prove the case against defendant.

Some cases of bigamy are difficult for the government to prove.

For example, if the original marriage occurred long ago, the marriage records and witnesses may not be available to testify.

If the original marriage occurred in a foreign country, it may be difficult to get any records or a witness to authenticate them at trial.

Further, the records may be in another language, and the witnesses involved may also not speak English.

The original spouse (or other witnesses may not want to participate in the case, and may decline to speak with investigators or provide voluntary information.

They may also try and hide from the process server to avoid a trial subpoena.

The same is true for the defense, as the records confirming the divorce or death may not be easily found or may be in another language.

If the government is bringing a case on “holding out as marriage,” more evidence in the form of admissions, posts, and documents may be necessary, as they won’t have the wedding paperwork.