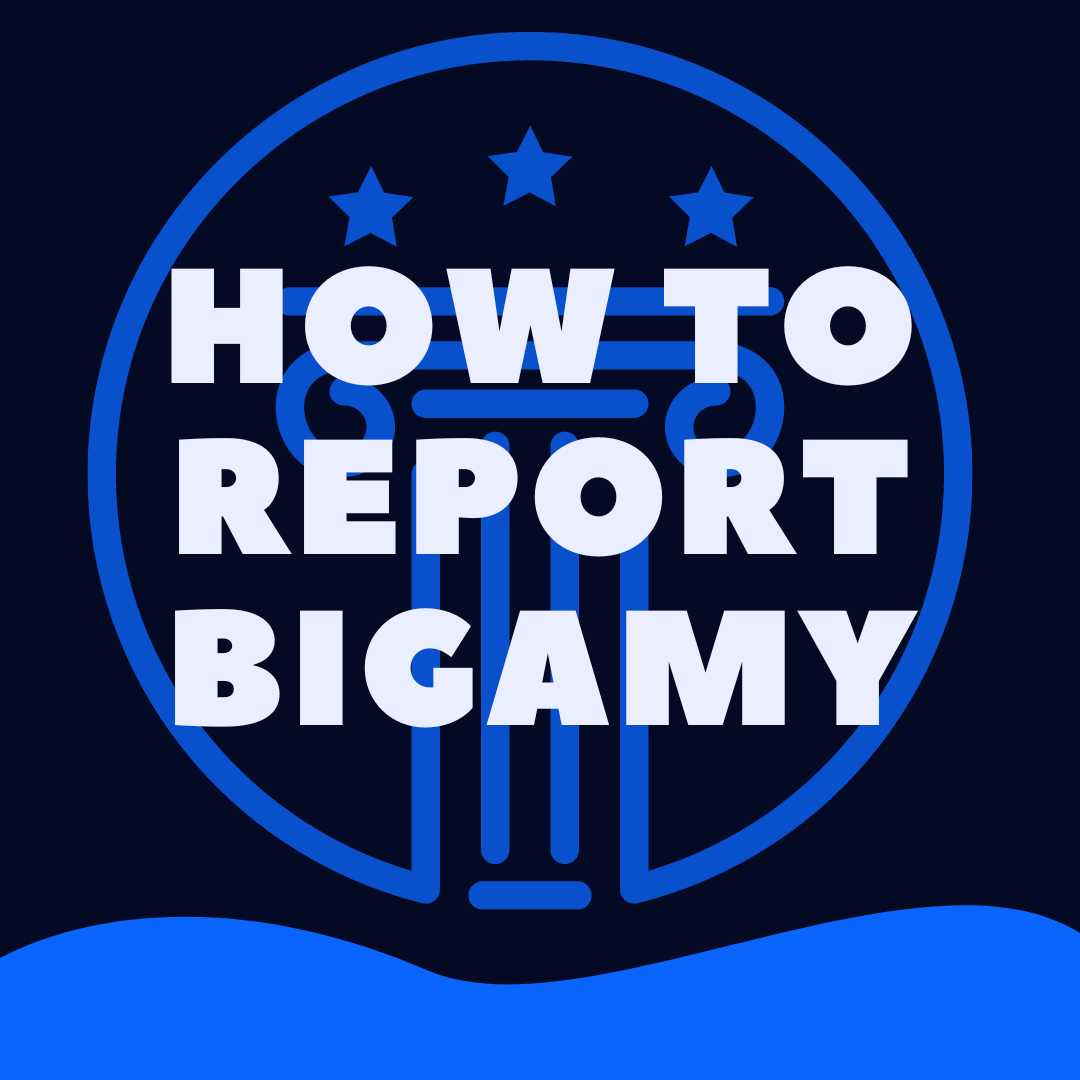 If you have evidence that someone you know or are associated with has committed the crime of bigamy, there are several ways that this situation could be reported.

In this article, we’ll explain a few different ways the situation could be reported, as well as some things to consider before moving forward.

How To Report Bigamy (and Some Unintended Consequences)

Bigamy is a criminal offense.

This offense may be a felony or misdemeanor, depending on the state where the case could be filed.

First, an individual can contact the non-emergency line for one of the local policing agencies via telephone.

While bigamy laws are generally state laws (rather than municipal), one or more of the local policing agencies (state, county, city) could be the initial contact.

Since the crime is not an emergency (generally), there is no need to dial 911.

Most police agencies maintain a non-emergency line, and that information is usually available on the department’s website, social media, or even in the yellow pages.

Second, the individual can make a report to an individual officer if they already have a relationship with them.

That individual can move the report to whoever needs to be assigned to it for the investigation.

Alternative methods could also include preparing and mailing in a written statement, or using one of the local criminal tip hotlines.

Initiating a bigamy report could have consequences, depending upon who is doing the reporting and who is involved.

For example, let’s say a third party citizen, who is not either a husband or wife in the relationship, (like a neighbor) discovers evidence of the bigamy.

The neighbor could contact the police about it and the police could pursue an investigation, which could later lead to a prosecution.

The criminal prosecution could result in the loss of employment for the adults involved, which could produce a cascade of effects for the remainder of their finances and family.

The well-meaning neighbor might have only wanted to report the suspected crime, but may not have wanted to cause the family to lose their home and have the children of the adults pushed into foster care.

Or, let’s look at the example of a wife who realizes that her husband was already married.

Angry, she decides to report her husband to the police for bigamy.

The result could be that her marriage to her husband is voided, which means that she can’t divorce him.

Since she can’t divorce her husband, she also can’t be awarded spousal support or other items of his property that might have been hers due to their marriage.

The husband’s criminal conviction could result in the loss of his job, and make it harder for him to get a job paying an equivalent amount, thereby making it difficult for him to pay child support.

Before making the report, it might be worthwhile to sit down with an attorney who has experience in both criminal law and family law in the state where the bigamy case would likely be prosecuted.

The attorney can help troubleshoot whether the reporting individual faces any criminal implications of her own, and how the bigamy could impact the familial situation (children, support, property, benefits).

In some states, there are civil claims that can be asserted for pain and suffering.