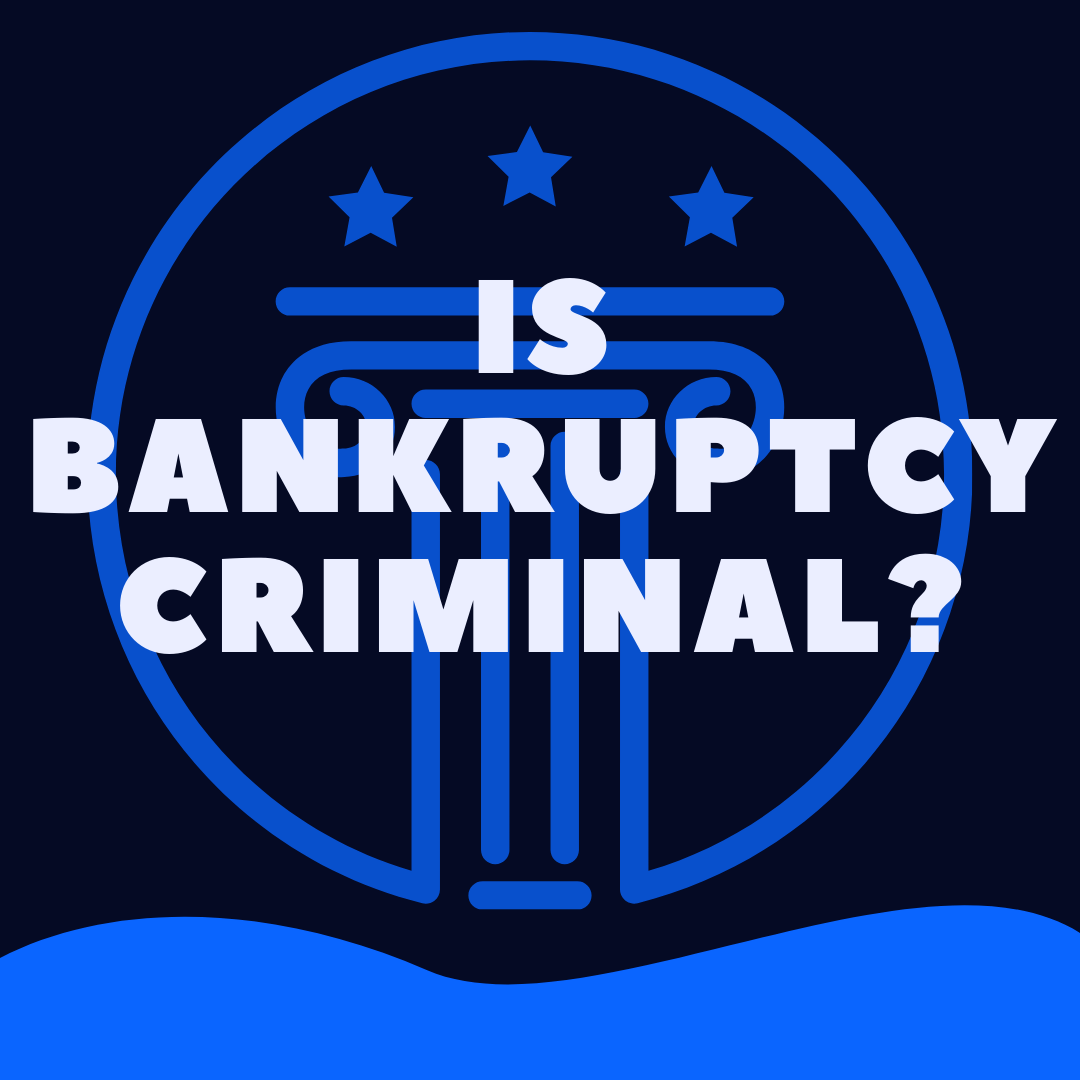 No, generally a bankruptcy proceeding is not a criminal offense.

However, if the behavior that contributed to the need to file bankruptcy was illegal, or the individual availing themselves of the legal benefits of bankruptcy misrepresents his situation, lies, hides assets, or otherwise manipulates the proceeding, a criminal case could result.

Is Bankruptcy a Criminal Offense? (EXPLAINED)

Like many types of legal actions, bankruptcy is a child of statute.

This means that bankruptcy proceedings are governed by a specific set of laws, called the United States Bankruptcy Code.

These are federal laws (rather than state laws).

Thus, when you file for bankruptcy, the filing is done in federal court, and not in state or municipal court.

The United States Bankruptcy Code is a set of civil laws (rather than criminal laws).

As such, filing for bankruptcy is a civil matter, and not a criminal one.

Could Bankruptcy Be A Criminal Offense?

There’s no criminal charge of “bankruptcy” to our knowledge in the United States.

Generally, we think of bankruptcy as being in the position of being unable to pay debts owed.

It is not against the law to find yourself in the place of being unable to pay debts owned.

However, there are many criminal charges that we could go along with bankruptcy, depending upon the intent of the individual who accumulated the debts.

Theft/Conversion/Trespass To Property, for example, if someone purposefully acquired property, knowing that the plan was waste or dissipate the assets without paying for them.

Fraud/Misrepresentation is another example, in the event that a person lied in order to acquire an asset of value with the intent to avoid paying for it.

it would make sense that there would be some sort of criminal negligence for continuing to accumulate debt knowing that the debtor would be unlikely to ever be able to pay the debt off (like credit card usage).

But it is pretty rare for people to be criminally prosecuted for over-charging on a credit card or falling behind on car payments.

Most prosecutors’ offices are happy to leave the resolution of unpaid debts to the civil side of things.

Can You Go To Jail For Bankruptcy?

Bankruptcy is a civil action.

With the exception of contempt (in a civil case), there is no power for a judge or anyone else in the bankruptcy proceeding to seek jail as a sanction/punishment.

Bankruptcy is not a punishment.

Bankruptcy is about organizing the debts, finding a way to pay what can be paid, and allowing all the parties to move forward in business and in life.

Without an associated criminal case (in the same or another court), jail will not be an option in a bankruptcy case.

What About Criminal Acts Under The Bankruptcy Statutes?

As noted above, bankruptcy is not a criminal case.

But separate criminal proceedings can arise out of actions taken during a bankruptcy case.

This usually occurs if a debtor:

We have also seen debtors charged with the crime of perjury in federal court for intentionally and knowingly providing false information on the bankruptcy paperwork.