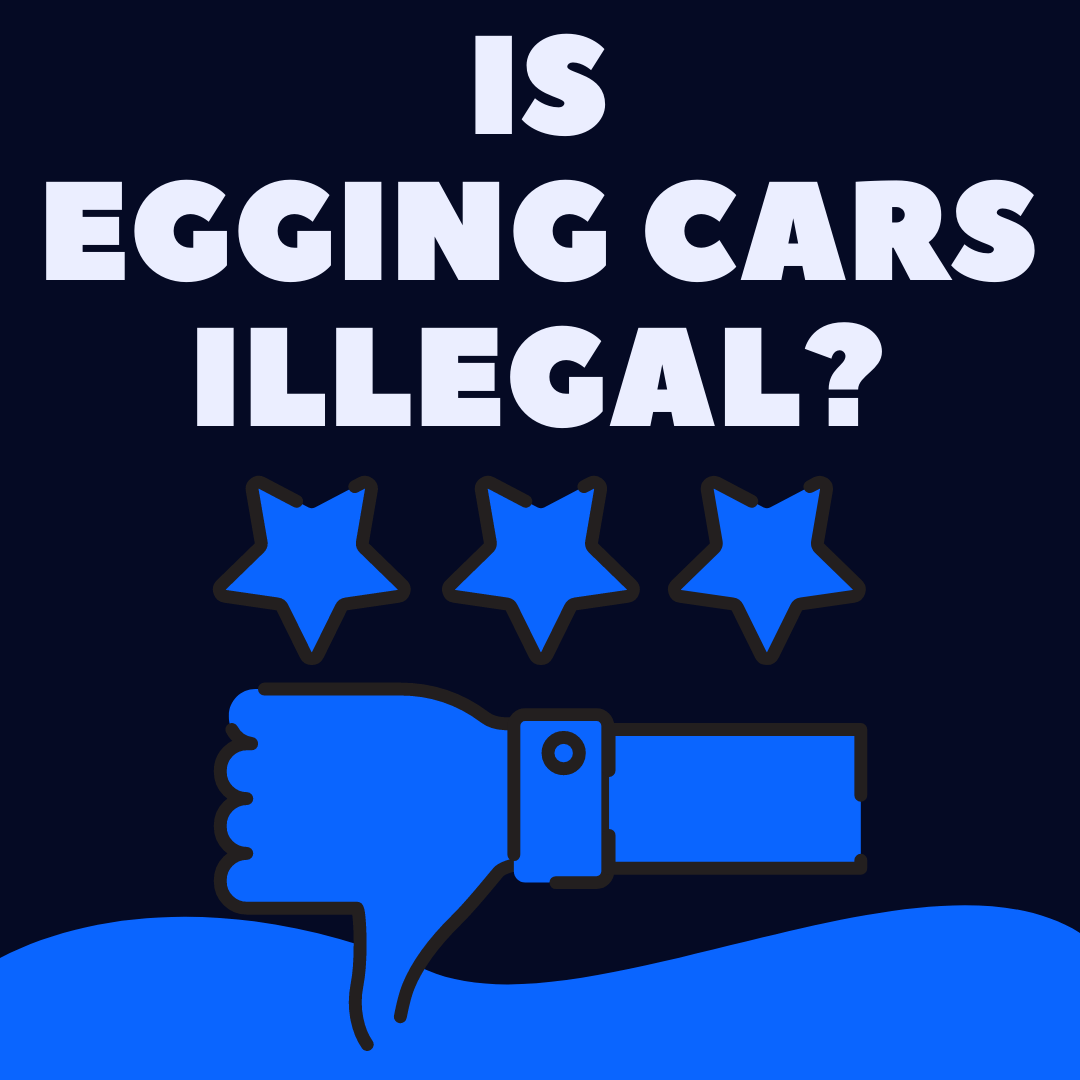 Yes, egging a car is illegal.

But the punishments for the act will vary.

Is Egging A Car Illegal? (Information and Explanation)

Why is Egging A Car Illegal?

Throwing eggs at cars is bad for several reasons.

First and foremost, hitting cars with eggs damages the cars.

The egg hitting the car can and does leave dents on the hood, roof, or side panels.

The egg hitting the windshield or windows can and does cause cracks or breakage.

The egg shells can scratch the paint.

The egg yolk and whites can erode and leave stains on the paint.

If the eggs dry before the owner of the vehicle discovers them, he might not even be able to remove them without professional assistance.

Second, hitting cars with eggs can be dangerous to people.

If the car is being driven, the egg on the windshield can block the vision of the driver.

The sound or sight of an egg being thrown or hitting the car can distract the driver, causing an accident (and injury to persons or property).

Third, hitting cars with eggs shows blatant disrespect to the health, safety, and property of other people.

Broken eggs are messy, and obnoxious to clean up.

They are not a “nice” prank in any sense of the world.

What Charges Could Result From Egging A Car?

The most likely charges are vandalism or criminal mischief.

The names of these crimes depend on the jurisdiction.

But the heart of the crime is causing damage to the property of someone else.

Other potential charges are trespassing (depending where the incident occurred), disorderly conduct, and littering.

If there was a person in the car, you could also be looking at charges of assault (if injury resulted), as well as “attempt” crimes.

Think “attempted manslaughter” as an example, if you were throwing eggs on cars onto the freeway from an overpass.

Will You Go To Jail For Egging A Car?

Most vandalism/criminal mischief charges are misdemeanors, though they can be elevated to felonies if the property damage is high enough.

Misdemeanors are crimes that are punishable with jail time, though not as much as felony charges.

The parties involved will look carefully at whether:

Will You Be Ordered To Pay Restitution For Egging A Car?

Again, it is hard to say, as cases vary so much.

But in general, it is pretty common for prosecutors to request restitution when a car has been damaged from thrown eggs.

Restitution is the legal term for the amount of money that the victim of a crime suffered.

Sometimes restitution is the amount of money required to pay for the damage.

Sometimes restitution is the amount of money required to replace the property (if it cannot be repaired).

Sometimes restitution is the amount of money that compensates the victim for property that was damaged or lost.

Assuming that the prosecutor can prove that amount of the damage and put a value to it, the judge will likely order it.

If the defendant disagrees with the amount of restitution requested, an evidentiary hearing can be held on the question to confirm the amounts.

In fact, restitution could be much more painful that the misdemeanor conviction or a few nights in jail.

If you were to throw eggs at a really fancy car, you could be looking at thousands of dollars owed to the victim in restitution.

Is There A Difference Between Egging With Raw Eggs vs Cooked Eggs?

The mess would certainly be different.

A boiled egg thrown at a car would act a lot more like a rock.

While the egg might not splatter all over the paint, it could still leave dents and break windows.

It would also be more likely to cause injury to a person if you were to him.

In the end, throwing eggs at anything, including a house, is not advised.