The trouble begins if the 18 year old wants to engage in the physical aspects of a romantic relationship with the 17 year old in a state that doesn’t have an exception for an adult and a minor so close in age.

What Contact Between A 18 Year Old and 17 Year Old Is Illegal?

As noted above, the “dating” part of the interaction between someone 18 and someone 17 isn’t illegal, per se.

Unless the 18 year old is taking the 17 year old places against the wishes of the parents or is trespassing on the family property, there is little to worry about from the legal standpoint.

This means that there should be few concerns with the two young people watching going places together, having dinner, riding bikes, being alone in the same space.

In general, in the United States, every state and jurisdiction at the state and federal legal has written laws against intimate physical contact between someone under the age of 18 with someone over the age of 18.

The definition of intimate contact matters, as well, as most states go beyond the ultimate act of physical love and have rules against even small types of intimate contact, such as kissing or even patting someone’s behind, if the contact was intended to be intimate.

It is important for the 18 year old to find out what the definition is of “intimate physical contact” where he or she lives.

In some instances, this may even bar simple kissing.

Are There Exceptions To The Rules That Would Allow A 18 Year Old and 17 year Old To Have Intimate Contact?

Yes, there are, in some states.

In some states, the rule is absolute…the adult cannot touch a minor for intimate purposes in any way, or in any situation that could be construed as intimate.

Don’t even swat the minor on the behind playfully.

In other states, there is what is called a “Romeo and Juliet Exception” (or something similarly named).

This can extend a shield to the older member of the couple, so long as the two are within a certain number of years of age (like 1-3 years).

In general, lack of knowledge of the younger person’s age is not an exception (or a defense).

Each state is different, as far as whether there are exceptions, so you’ll want to check the specifics of the state where you live (or where the contact would occur/has occurred).

What Happens If A 17 Year Old And An 18 Year Old Have Intimate Contact?

Well, aside from the usual potential outcomes of intimate contact (such as disease, babies, or disappointment), nothing in the courts will necessarily happen.

After all, the local authorities would need to have knowledge of the contact to file charges.

In some cases, even if the parents or others discover the relationship, nothing ends up happening because the authorities are never notified.

In the end, the police/prosecutor have the power to make the decision about whether to pursue charges against the 18 year old.

If the 17 year old is close to turning 18, it may be decided that pursuing charges against the older of the pair is not worth the effort and resources, especially if there are no allegations that the contact was anything but consensual.

What Situations Cause Charges To Be Filed Against The 18 Year Old?

Many situations result in charges being filed against the 18 year old.

The first is that the 18 year old didn’t truly have consent from the 17 year old, and then 17 year old disclosed the details of the interaction.

If the contact wasn’t consensual, then it is unlikely that the Romeo and Juliet exception(s) would apply.

Enraged parents carry the details to the police, leading to prosecution.

The third situation commonly seen is that the 18 year old treats the younger individual in a cavalier manner (one night stand, ignores him/her after, etc) creating a person who tells about the relationship with malice as the goal, to get back at the older member of the pair.

Again, this comes back to enraged parents, reporting the details to the police.

Sometimes information reaches teachers, who have mandatory reporting requirements as it relates to abuse/assault.

In the end, if the cops find out, they’ll have the decision to prepare a report, initiate citations, or pass the report on to a prosecutor who will make charging decisions.

What’s The best Way To Protect A 18 Year Old Who Wants A Relationship With A 17 Year Old?

The best way for a 18 year old to be safe from prosecution due to age-related intimate allegations is to avoid intimacy of any kind with someone who is not yet 18.

While there are sometimes exceptions to the laws barring that contact due to closeness in age, these exceptions will not protect the 18 year old in the event that the 17 year old reports at the contact was in any way non-consensual.

Without trying to belittle or victim blame/shame, there are instances where young people make allegations against their former partners in hindsight as the result of hurt or with the desire to “get back” at the person who hurt them/dumped them.

The result of such allegations can be life-long damage, and a “failure to launch” kind of life for a young person.

In general, the best case scenario for a 18 year old to be safe from any sort of allegations associated with physical touching of a person under the age of 18 is to simply avoid “dating” them.

If the 17 year old is truly “the one” then the older of the pair should be able to “wait” to take the next step in the physical side of things.

We can’t give legal advice, and this question certainly requires legal advice specific to the jurisdiction where the act would occur.

What If The Parents Are Okay With It?

We aren’t aware of any situation where the parents can consent to intimate physical contact between their minor child and an adult.

If the parents say go ahead, and then contact between a minor and an adult is somehow reported to the authorities, the adult can still be prosecuted, regardless of what the parents want the prosecutor to do.

The prosecutor (and law enforcement) have the authority to make charging decisions of a criminal nature, and private citizens (like parents) can provide input but have no authority on their own. How Long Does It Take To Settle Wrongful Death Claims?

Can You Be On Parole And Probation At The Same Time? 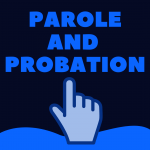