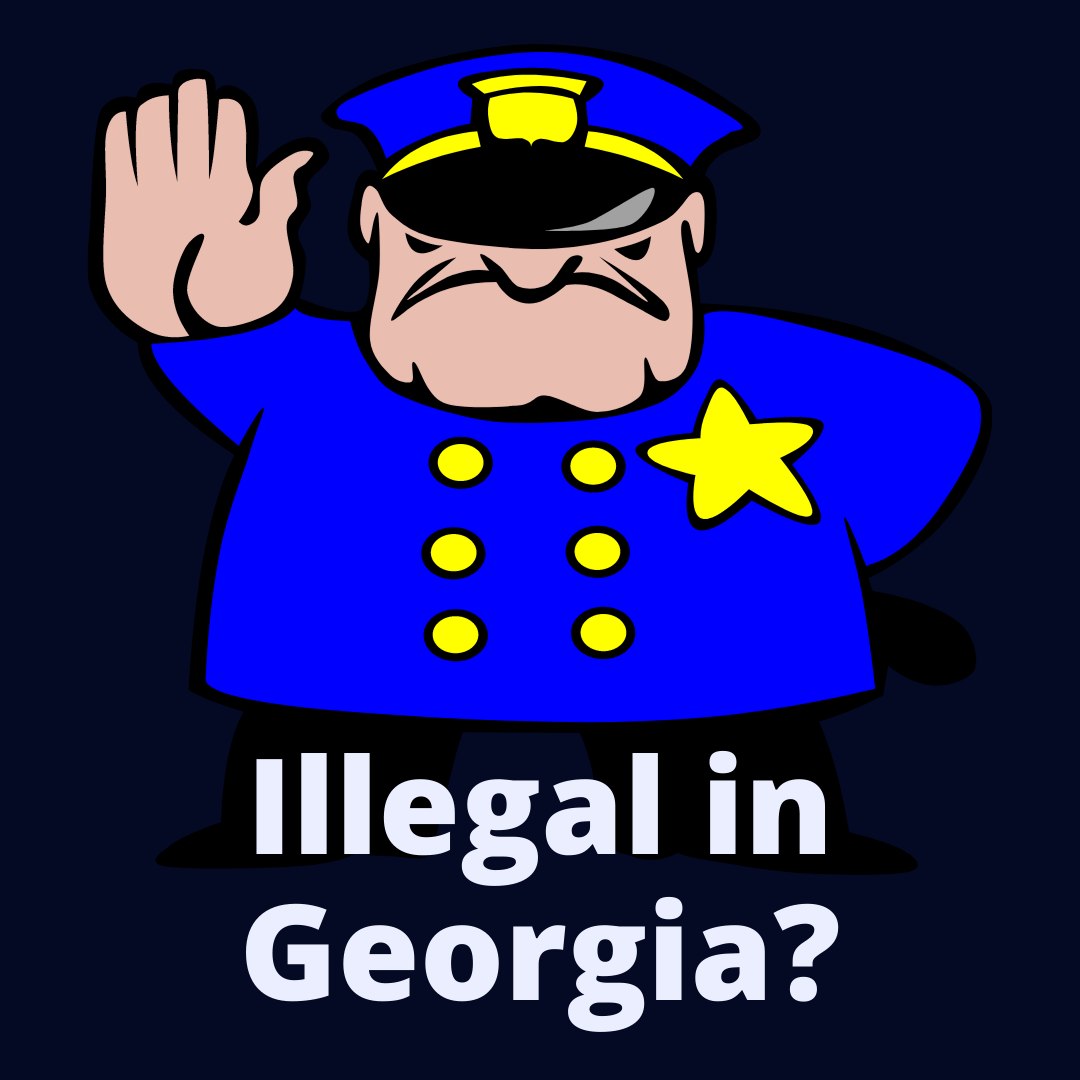 Yes, it is illegal to change lanes in an intersection in certain circumstances in Georgia.

In the article that follows, we’ll explain what we found in our research.

Is It Illegal To Change Lanes In An Intersection In Georgia? (EXPLAINED)

Here’s what we found in Georgia.

Drivers may not change lanes in an intersection if they are turning left and there are multiple turn lanes.

For example, there are two left turn lanes, and you start in the lanes that is on the extreme left, and decide to move to the right one lane because you need to take a right turn later.

Changing turn lanes in the intersection in Georgia while making the turn is prohibited. (Georgia Code Title 40. Motor Vehicles and Traffic § 40-6-120)

But otherwise, we haven’t come across a Georgia statute that prohibits drivers from changing lanes in an intersection if they are traveling straight.

Instead, we see this statute:

Section 48 is probably the statute that police officers would use to cite a driver who changed lanes in a dangerous manner while traveling straight (instead of on a left turn with multiple turn lanes).

If you want to read through the Georgia traffic code yourself, you can gain free access to it here.

Well, generally we teach young drivers that it is a bad idea and to not do it.

We also see the results of unexpected and dangerous lane changes in intersections in the form of crumpled cars and ambulances.

Driver’s manuals across the country teach new drivers not to change lanes in intersections.

But If It Is Not Illegal In Georgia To Change Lanes In An Intersection (Aside From The Left Turn), Why Did I Get A Ticket?

I don’t know your situation, so I have no idea.

But I suspect that there were some facts in the lane change situation/circumstance that the law enforcement officer believed to be unsafe.

Some potential circumstances would include: making the change without signaling, following too closely, speeding, and using a handheld device at the same time.

Basically, if you did anything to attract his attention could end up producing the ticket.

There’s no concrete definition of “unsafe” in the statute.

Any number of things could result from a car accident.

If the accident is small, it could be as simple as exchanging information with the other party and an insurance claim.

If the accident is big, it could mean ambulances and police officers.

If you think your accident could result in criminal charges against you, most attorneys recommend that you reach out and connect with a Georgia criminal defense lawyer.

There are some things the defense lawyer is likely to advise you to do at the beginning of your case as you navigate your insurance company and law enforcement would could make a difference in the outcome of the case.