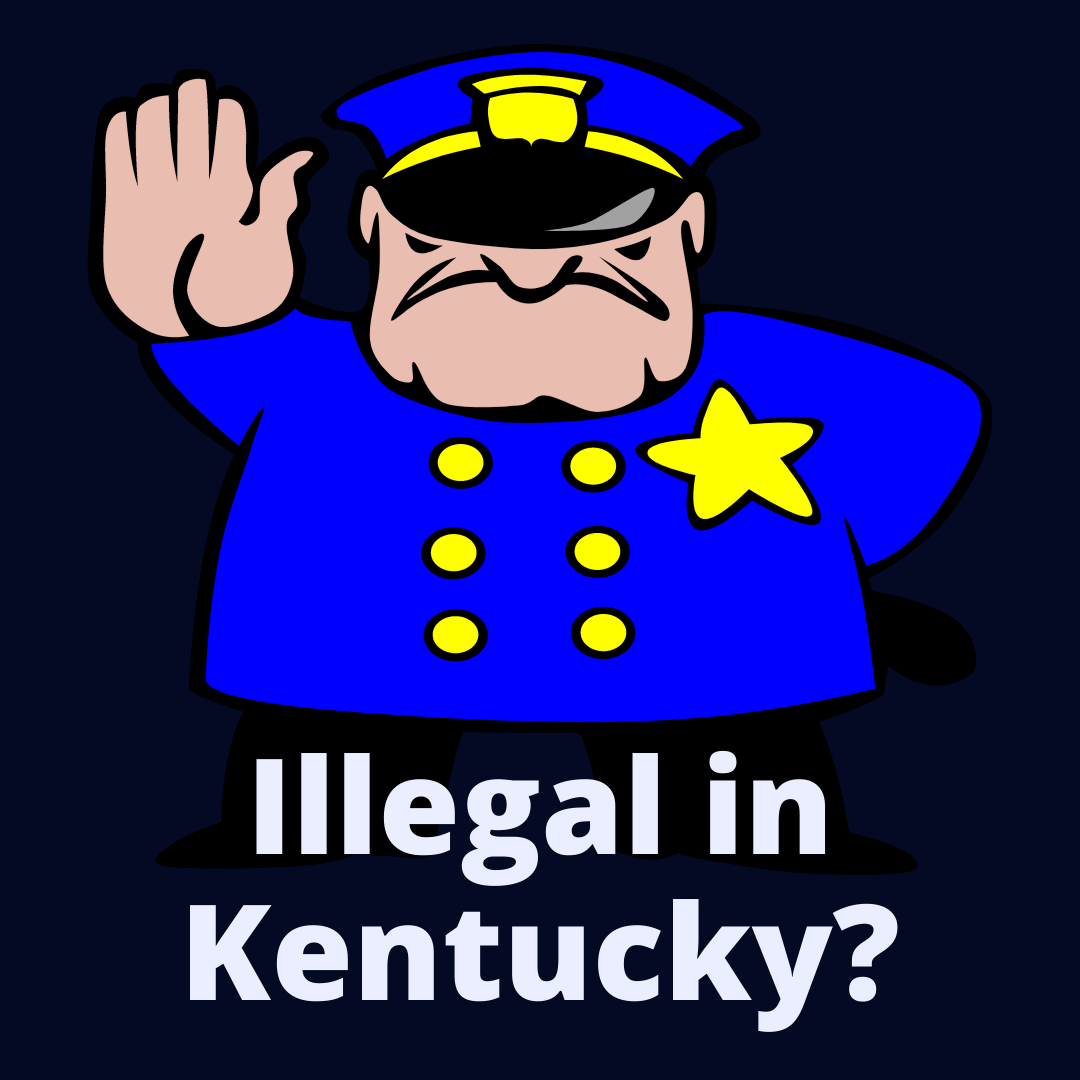 We were unable to find any specific laws that forbid changing lanes at an intersection in Kentucky, though exhibiting dangerous driving behavior while changing lanes will get you in trouble.

This article will explain this.

Is It Illegal To Change Lanes In An Intersection In Kentucky? (Explained)

What do the Kentucky traffic laws say about changing lanes at an intersection?

Most state traffic laws appear similar, but it may be unwise to generalize these laws while driving in different states.

There are usually subtle differences in driving laws.

Drivers may get fined for seemingly innocuous driving.

These traffic laws are found in chapter 189 of the Kentucky Revised Statutes (KRS) and do not categorically state that changing lanes in an intersection is a crime.

Subsection 5 states that vehicles should not be driven to the left side of the center of the roadway when overtaking other cars moving in the same direction unless the left side is visible and free of oncoming traffic for a sufficient distance ahead to permit overtaking.

Furthermore, it states that overtaking vehicles must return to the right side of the road before coming within two hundred feet of cars approaching from the other direction.

Subsection 6 states that the commissioner of highways has the authority to determine highway segments where overtaking or changing lanes would be considered hazardous.

The commissioner may indicate these areas by signs or markings visible to an observant person.

In portions where these signs are sighted, drivers should obey such signs unless indicated otherwise.

Thus, this section depicts that changing lanes in Kentucky have universal rules that drivers should adhere to, whether on a straight road or at an intersection.

When drivers fail to adhere to these rules, they could receive citations.

Traffic laws for driving through intersections are in this section: .330 Turning and right-of-way at intersections.

The commissioner of highways has the authority to put preferential signs or markings at intersections to direct drivers on the right-of-way even though there are some intersection laws on making turns.

Subsection 6 states that the operator of a vehicle intending to turn shall do so as follows:

Subsection 8 states that the operator of any vehicle shall not turn to proceed in the opposite direction unless he/she can make such a movement in safety without interfering with other traffic.

Why would some states make changing lanes at intersections illegal?

At intersections, traffic congestion occurs as lots of cars may need to slow down before crossing or turning. In addition, a left-turning car may not see you.

You may also not see right-turning or parked vehicles. They may also not anticipate you. So there is an increased risk of crashes.

Most drivers increase their vehicle speed during overtakes.

Sometimes, drivers inadvertently go above the road speed limit in their bid to overtake other vehicles.

Two main factors -circumstances preceding and aftermath of a crash-determine the severity of the punishment you may get if a crash occurs because you changed lanes.

Subsection 5 of the Kentucky intersection traffic law states that if an operator is involved in a collision at an intersection, such a crash may be considered prima facie evidence of his failure to yield the right-of-way.

However, before awarding punishment, several factors are considered.

If damage to property, injuries, or death occurs, awarding severe punishment is within the realm of possibility.

If you think that you are at risk of punishment for your driving, you should quickly contact a Kentucky criminal defense attorney to obtain legal advice.

Can you go to jail in Kentucky for changing lanes at intersections?

Changing lanes at intersections in Kentucky is not prohibited.

However, a change of highways could land you in trouble.

KRS stipulated fines for disobedience to traffic laws. These laws are in the penalties section of the KRS –.990 Penalties. In subsection (1), drivers who disobey lane changes and intersection traffic law changes would get fined.

You could face jail time if property damage, injuries to individuals, or death occurs.