Is It Illegal To Change Lanes In An Intersection In Louisiana?

After a search, we were unable to locate any laws in Louisiana prohibiting changing lanes while in an intersection.

That being said, a driver can still receive a ticket for changing lanes in an intersection in Louisiana, but for violating other statutes.

Is It Illegal To Change Lanes In An Intersection In Louisiana? (EXPLAINED)

The best place to look at specific traffic laws in Louisiana is not in the DMV driver’s manual or news articles.

Instead, you’d be better off checking the state legislature website, located here.

After reviewing the traffic code, we found lots of statutes about driving, passing, making left and right turns.

But we didn’t find one that prohibits changing lanes in an intersection.

If There’s No Statute In Louisiana Making It Illegal, Why Do People Get Tickets When They Pass Or Change Lanes In An Intersection?

While Louisiana doesn’t have a specific statute that we could find, it does have plenty of laws governing other aspects of driving.

Every state has a statute requiring drivers to maintain their lane, and to drive in a reasonable manner.

Cars are turning every which way, pedestrians are often about, and other people are also failing to abide by the rules.

Accidents happen frequently in intersections as a result.

While there is no statute preventing you from leaving your lane of travel while moving through an intersection, it is generally considered unreasonable (and unsafe) to do so, especially if you are traveling at highway speed or make the move at the last minute without signaling.

It is not the actual “passing” law you are breaking, but instead the “drive safety” requirements.

If There’s No Law Prohibiting Changing Lanes In An Intersection, Why Do People Think It Is Illegal?

It is common practice for driving teachers to instruct students that it is an unacceptable driving maneuver (as it can result in a ticket if the move is executed in an unreasonable manner).

People get tickets resulting from their movements in intersections all the time, but they fail to understand the source of the authority for the ticket.

Can I Change Lanes In An Intersection In Louisiana and Not Get a Ticket?

We can’t tell you what to do or how to drive, but it seems likely that if you had to pass or change lanes in an intersection (with a police officer around), and did so in a slow, methodical, reasonable, and safe manner, that a ticket probably wouldn’t result.

What If I Changed Lanes In An Intersection and a Crash Occurred?

What might happen to you really depends on the circumstances of the crash.

If the wreck was not serious, meaning no property damage or minimal property damage, and no physical injury, you might not even receive a ticket at the scene.

But if the crash results in serious physical injury or property damage, it could be serious.

If you are involved in a car accident, whether you believe that you were at fault or not, or you know for sure that the situation is serious or not, you could benefit from a quick consultation with an experience Louisiana personal injury lawyer specializing in motor vehicle accidents.

If the crash involved driving under the influence of intoxicants, street racing, distracted driving, or assault, you might want to give a criminal defense lawyer a call as soon as you can.

Is It Illegal To Change Lanes In An Intersection In Massachusetts?

Is It Illegal To Change Lanes In An Intersection In Michigan? 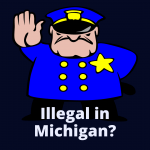