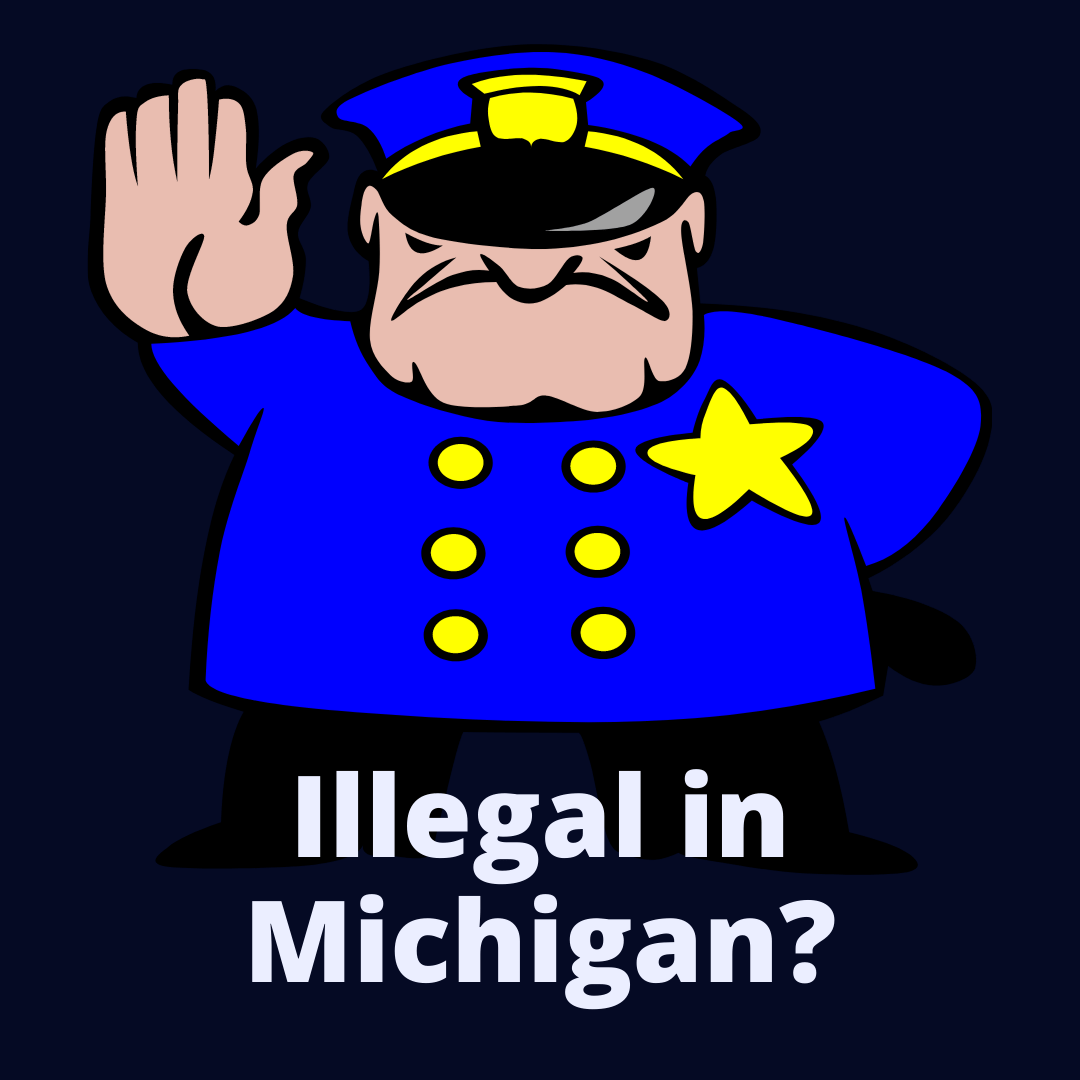 No, our research failed to find a relevant statute about the illegality of changing lanes at an intersection in Michigan.

It is worth noting that this kind of driving maneuver is riskier than waiting until you’re through the intersection before changing lanes, and can result in a ticket anyway.

In this article, we discuss some statutes we discovered that relate to driving on Michigan roads and staying within the law.

Is It Illegal To Change Lanes In An Intersection In Michigan? (EXPLAINED)

While the Michigan vehicle laws do not cover changing lanes in an intersection, they do discuss drivers about to make either a right or left turn.

Both the approach to the intersection and the correct procedure to stay within the rule of law are covered under Michigan Vehicle Code Section 257.647.

Both the approach for a right turn and a right turn shall be made as close as practicable to the right-hand curb or edge of the roadway.

Approach for a left turn shall be made in that portion of the right half of the roadway nearest the center line in a manner as not to interfere with the progress of any streetcar, and after entering the intersection the left turn shall be made so as to leave the intersection to the right of the center line of the roadway being entered.

Driving safely is legislated within Section 257.642 broadly discusses lane changes and driving responsibly when there are two or more marked lanes:

A vehicle shall be driven as nearly as practicable entirely within a single lane and shall not be moved from the lane until the operator has first ascertained that the movement can be made with safety.

Upon a roadway with 4 or more lanes that provides for 2-way movement of traffic, a vehicle shall be operated within the extreme right-hand lane except when overtaking and passing, but shall not cross the center line of the roadway except where making a left turn.

While not prohibiting overtaking (and changing lanes during this action) through an intersection, statutes do clarify the overtaking procedures to follow.

This includes when to give way to other drivers too:

The driver of a vehicle overtaking another vehicle proceeding in the same direction shall pass at a safe distance to the left of that vehicle, and when safely clear of the overtaken vehicle shall take up a position as near the right-hand edge of the main traveled portion of the highway as is practicable.

While a small handful of states do make it illegal, the majority do not.

They expect and to varying degrees, legislate, how to drive safely including through an intersection.

Crossing an intersection is usually trouble-free.

But the unexpected can occur when a driver does something surprising.

With several cars crossing together, it provides little time to anticipate or react to sudden moves.

As such, sticking to driving behaviors that are expected by other road users is the better bet.

If they think it’s unsafe to change lanes while going through an intersection, they believe others will feel the same way.

Sometimes, a logical extension of this thinking is that there must be a law banning lane changes at certain times.

However, that’s not always the case. States trust drivers to make good choices.

But If It Is Not Illegal In Michigan To Change Lanes In An Intersection, Why Did I Get A Ticket?

You violated a different rule of the road.

When does it make sense to pull someone up on their driving and what civil infractions to cite?

Or could it be due to a suspicion that they’re driving under the influence?

Erratic driving can cause a law enforcement officer to want to find out why this might be happening? Otherwise, it has the potential to cause an accident.

An issue with your driving resulting in being ticketed can happen for many reasons.

Signaling too late to alert other drivers of an impending right or left turn might be one reason.

A lane change that seemed to come out of nowhere and had a knock-on effect for other drivers is just one of the reasons for being ticketed.

In Michigan, for instance, vehicle code 257.222 requires the reporting of accidents where property damage is suspected of $1,000 or greater, or an injury or a fatality occurred.

Should a car accident happen when changing lanes, it brings into question whether it was safely performed?

When the lane change at an intersection led to an accident, accusations can fly thick and fast.

At this stage, you should be thinking about the potential need for a consult with an experience Michigan criminal defense attorney.

If someone has been seriously injured, talking with a Michigan personal injury lawyer is a good choice at this point.

Either type of lawyer should be able to guide you through the next steps, and may even give you advice that your insurance adjuster cannot provide.

Should legal proceedings follow, talking to a lawyer early on prepares you.