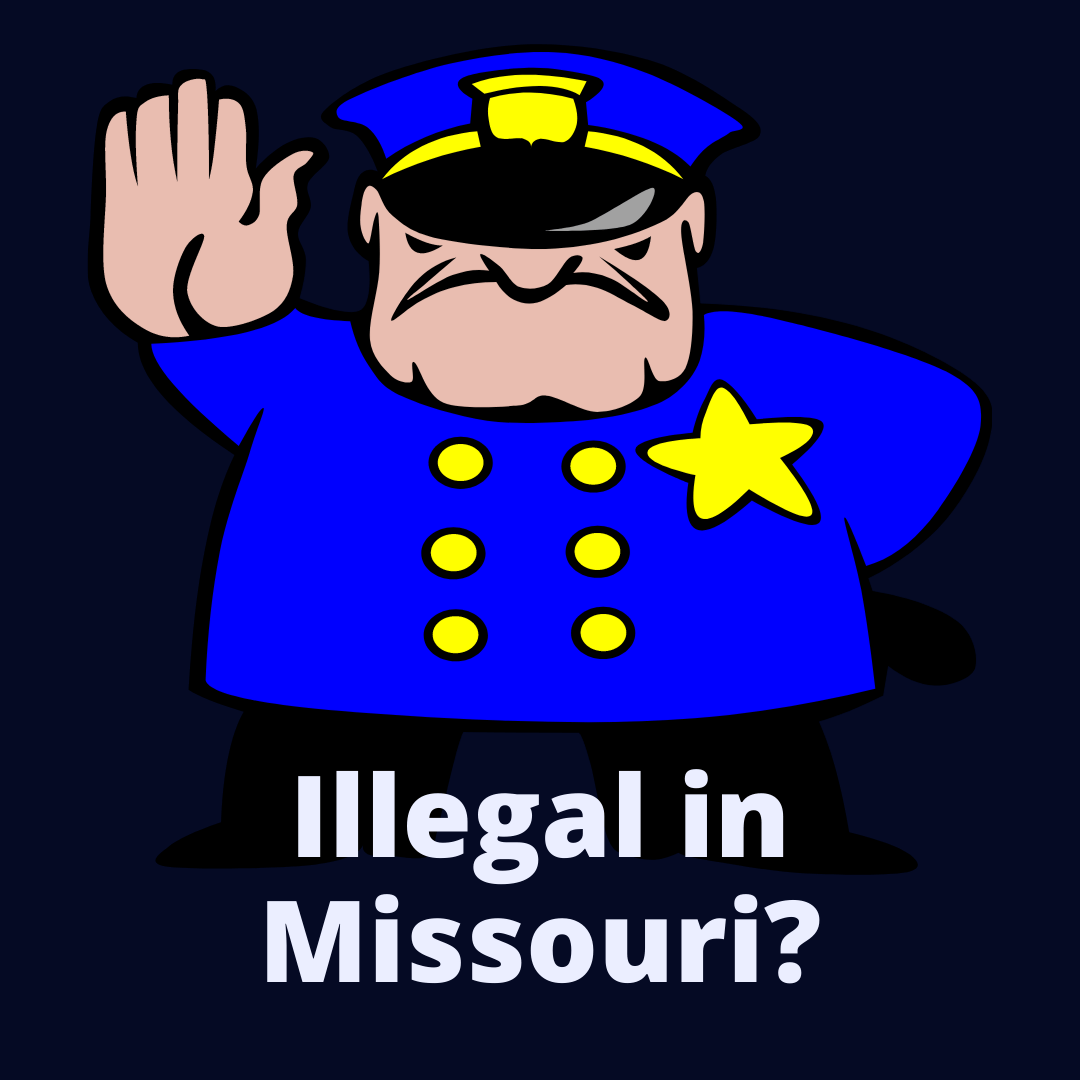 For the state of Missouri, we were unable to find a statute legally prohibiting changing lanes in an intersection.

However, we did find various traffic laws, some connected to intersections, that are worth reviewing.

Our article lays out what we found, so drivers can stay on the right side of the law (not just in the correct lane).

Is It Illegal To Change Lanes In An Intersection In Missouri? (EXPLAINED)

The most accurate place to look to confirm whether a driving action is illegal is the state statutes, not DMV manuals or news articles.

While we weren’t able to find a specific law prohibiting lane changes in intersections, we did find a lot of laws that could produce tickets.

Under Missouri driving law 304.012, it is made clear the drivers must exercise all reasonable care, especially with property and people:

Every person operating a motor vehicle on the roads and highways of this state shall drive the vehicle in a careful and prudent manner and at a rate of speed so as not to endanger the property of another or the life or limb of any person and shall exercise the highest degree of care.

As shown in point 2 below, accidents raise the level of misdemeanor too:

2.  Any person who violates the provisions of this section is guilty of a class B misdemeanor, unless an accident is involved then it shall be a class A misdemeanor.

The right-of-way at an intersection, including as it relates to other vehicles entering the same intersection from another highway, is legislated in state law 304.351:

The driver of a vehicle approaching an intersection shall yield the right-of-way to a vehicle which has entered the intersection from a different highway, provided, however, there is no form of traffic control at such intersection.

Several additional sections of state law 304.351 cover instances with right-of-way at intersections where a violation of the law led to injuries or fatalities.

In addition to the penalty specified in subsection 8 of this section, any person who pleads guilty to or is found guilty of a violation of this section in which the offender is found to have caused physical injury, there shall be assessed a penalty of up to two hundred dollars.  The court may issue an order of suspension of such person’s driving privilege for a period of thirty days.

Traffic lanes and passing drivers going in the opposite direction is clarified by state law 304.015:

Drivers of vehicles proceeding in opposite directions shall pass each other to the right, and except when a roadway has been divided into traffic lanes, each driver shall give to the other at least one-half of the main traveled portion of the roadway whenever possible.

The legal position with overtaking is also covered with various possible scenarios laid out by legislators:

6.  All vehicles in motion upon a highway having two or more lanes of traffic proceeding in the same direction shall be driven in the right-hand lane except when overtaking and passing another vehicle or when preparing to make a proper left turn or when otherwise directed by traffic markings, signs or signals.

Additionally, clarity is provided regarding the severity of penalties for violating traffic laws too:

Any person who violates any of the provisions of sections 304.271 to 304.351 is guilty of a misdemeanor and shall be punished by a fine of not less than five dollars nor more than five hundred dollars or by imprisonment in the county jail not exceeding one year or by both such fine and imprisonment.

Most people are taught during driver’s education that you should not change lanes in an intersection.

Driver’s education manuals also make it clear that drivers should not execute the maneuver.

Not to mention that people get tickets all the time for failing to maintain a lane after changing lanes in an intersection.

Most people just fail to realize that other statutes were violated, and that there is no specific statute on point to be violated.

But If It Is Not Illegal In Missouri To Change Lanes In An Intersection, Why Did I Get A Ticket?

If you were stopped after you drove through an intersection and received a ticket, there will always be a reason for it.

Unsafe driving practices are likely to eventually land a driver in trouble.

A mid-intersection lane change would certainly have been unexpected by most people, whether that’s other drivers or a law enforcement officer sitting on their motorcycle at the side of the road.

A failure to indicate early enough that you planned to change lanes or to subsequently make a turn could be a reason too.

If the time that elapsed before signaling and proceeding were insufficient for other drivers, it could have been deemed unsafe.

Also, if a car accident occurred, all bets are off. Then the situation becomes far more concerning.

With Missouri, accidents including the severity of any injuries, or fatalities, have specific statutes.

The state takes any injuries to property or people extremely seriously.

If you were involved in wreck, you should consider contacting a Missouri motor vehicle accident attorney if the property damage or physical injuries were significant, especially if circumstances exist that could result in criminal charges, such as speeding, distracted driving, or impaired driving.