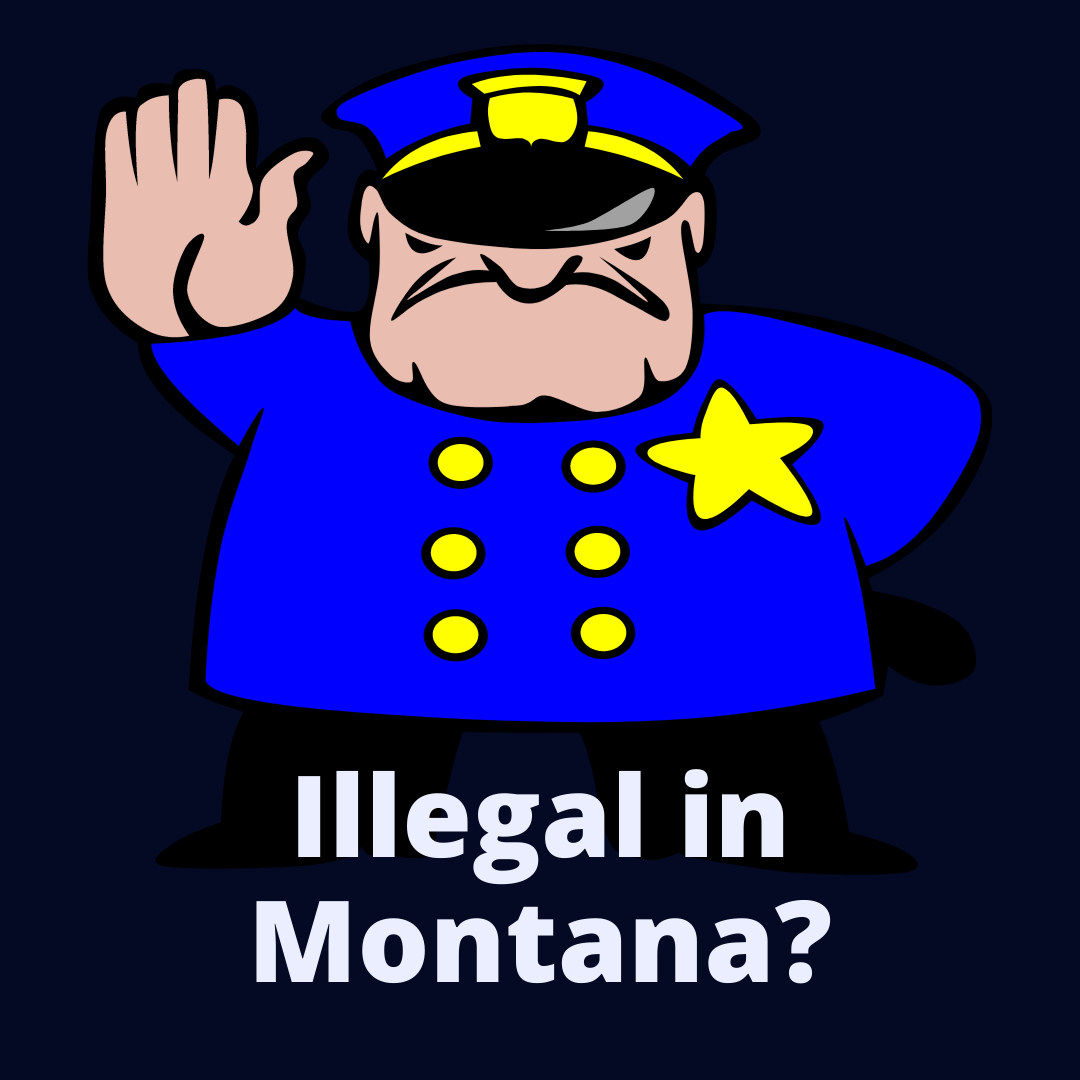 We could not locate any laws prohibiting changing lanes in an intersection in Montana.

However, we did find others that are relevant (and explain why people do get tickets after driving through intersections).

Our article below discusses the primary information relating to intersections, changing lanes, and the laws for safer driving in Montana.

Is It Illegal To Change Lanes In An Intersection In Montana? (EXPLAINED)

Traffic laws and regulations in Big Sky County, Montana, are more extensive than you might expect.

These do include some unusual ones, such as riding in horse trailers, driving golf carts on public streets, and the right-of-way for funeral processions too.

So, like at a funfair, there is a little something for everyone in the traffic laws of Montana.

When deciding to go beyond merely changing lanes to overtaking another vehicle, either in an intersection or elsewhere, Montana Code 61-8-325 is relevant:

Limitations on overtaking on the left. (1) A vehicle may not be driven to the left side of the center of the roadway in overtaking and passing another vehicle proceeding in the same direction unless the left side is clearly visible and is free of oncoming traffic for a sufficient distance ahead to permit the overtaking and passing to be completely made without interfering with the safe operation of any vehicle approaching from the opposite direction or any vehicle overtaken.

Additionally, signaling and other pertinent matters relating to passing vehicles are further covered in traffic laws 61-8-323 and 61-8-322.

No passing zones are also stipulated in driving law statutes in Montana.

For example, Montana Code 61-8-326 allows for the establishment of no-passing zones that can alter the rules covering intersections and highways in general:

The department of transportation and local authorities may determine those portions of a highway in their respective jurisdictions where overtaking and passing or driving to the left side of the center of the roadway would be especially hazardous, and they may by official traffic control devices on the highway indicate the beginning and end of these zones. When the official traffic control devices are in place and clearly visible to an ordinarily observant person, an operator of a vehicle shall obey the directions of those devices.

As a rule, other drivers do not choose to change lanes as they’re driving through an intersection.

It can happen if they were unsure of where they were going or weren’t paying attention early enough. So, it’s not impossible to see it occur.

The infrequency of observing other drivers switching lanes through an intersection may lead anyone to believe that it’s illegal.

But it isn’t in Montana, based on our research, though we did see statutes on lane changes, making turns, signaling, and so forth.

So, Changing Lanes In An Intersection In Montana Isn’t Illegal… Why Did I Get A Ticket?

Montana is spread out with many wide-open spaces. Indeed, it’s possible to drive considerable distances before reaching an intersection.

Some drivers also see other highways connecting onto intersections, with the need to fully understand and follow right-of-way laws in this situation.

Therefore, successfully navigating intersections can create some anxiety in drivers who are not as familiar with them.

Or, if they’re from out-of-state visiting as a tourist, then the local roads will be new to them too.

It may surprise anyone who’s behind the wheel to observe another driver change lanes in an intersection.

Likely, this driver was confused about which direction to go and made a late call on it.

This can lead to additional consequences if hasty, last-minute actions put others at risk.

These actions might include sudden lane changes, making a quick turn, not signaling early enough (or at all), or generally driving in a manner considered unsafe.

Any or several of these could cause a law enforcement officer to issue a traffic citation.

Careless driving is covered under Montana Code 61-8-302, which states:

Careless driving. (1) A person operating or driving a vehicle on a public highway shall drive it in a careful and prudent manner that does not unduly or unreasonably endanger the life, limb, property, or other rights of a person entitled to the use of the highway.

Other statutes cover the penalties for careless driving, which become more severe with property or personal injury.

It’s sensible to begin to think about consulting with a Montana criminal defense attorney if you’ve been involved in an accident that resulted in significant property damage or physical injuries.

Careless driving is just one possible accusation, but others could follow.

While consulting with an attorney early on before its obvious you need one might seem like overkill, they can provide you with helpful advice about the early stages.