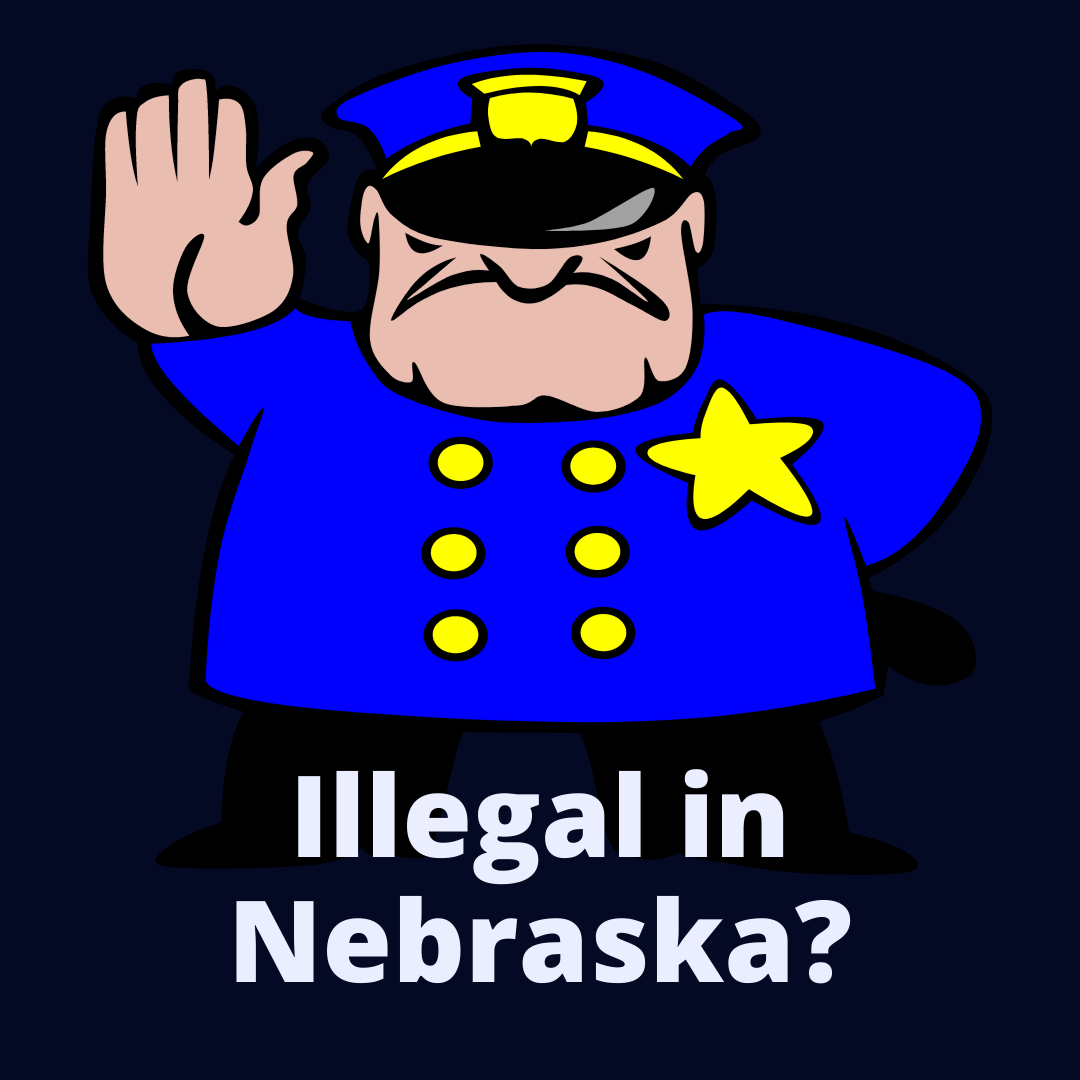 Our research did not locate any statute that prohibits changing lanes in an intersection in Nebraska.

It should be understood that it is better to avoid such a maneuver though.

Read below to learn more about safe lane changes and other relevant driving laws in Nebraska to be aware of.

Is It Illegal To Change Lanes In An Intersection In Nebraska? (EXPLAINED)

The Nebraska statute § 60-6,139 relates to at least two marked lanes of traffic and the need to avoid unexpected lane changes:

(1) A vehicle shall be driven as nearly as practicable within a single lane and shall not be moved from such lane until the driver has first ascertained that such movement can be made with safety.

Avoid driving in the centerline, except when overtaking or ahead of making a turn:

(2) Upon a roadway which is divided into three lanes and provides for two-way movement of traffic, a vehicle shall not be driven in the center lane except (a) when overtaking and passing another vehicle traveling in the same direction when such center lane is clear of traffic within a safe distance, (b) in preparation for making a left turn, or (c) when such center lane is at the time allocated exclusively to traffic moving in the same direction that the vehicle is proceeding and such allocation is designated by traffic control devices;

Passing vehicles and overtaking them includes signaling and safe distance expectations, is covered by Nebraska § 60-6,133:

No passing zones and their implementation are made clear via Nebraska Statute § 60-6,137:

(1) The Department of Transportation and local authorities may determine those portions of any highway under their respective jurisdictions where overtaking and passing or driving to the left of the center of the roadway would be especially hazardous and may by appropriate signs or markings on the roadway indicate the beginning and end of such zones.

Is It Illegal To Change Lanes In An Intersection?

No, we did not find a Nebraskan statute that indicates it is illegal to change lanes in an intersection.

Nevertheless, it is a driving action that can lead to accidents.

Within an intersection, there is a free flow of traffic in either direction.

Sudden or unforeseen lane changes may surprise other drivers.

Surprised drivers do odd things. In the spur of the moment, they may respond in unanticipated ways.

This may lead other drivers to do the same creating a dangerous feedback loop.

Whilst it is not illegal to change lanes whilst driving through an intersection, it is a bad practice because it adds unnecessary additional risks to you and other people driving through it.

Not Illegal In Nebraska To Change Lanes In An Intersection? Why Did I Receive A Ticket?

A peace officer can issue a traffic citation for a variety of reasons.

A lane change that seemed to come out of nowhere may have made them concerned if you were operating under the influence of an impairing substance.

When other drivers swerved or had to change lanes as a result of your actions, this could have become dangerous really quickly, even if a potential accident was avoided.

Speed may also have been a factor too. If you slowed down before changing lanes, this may have caused other drivers to need to brake to avoid a collision.

Lastly, a ticket could have been issued for another reason that you haven’t even thought of.

Being involved in an accident is bad enough. This may be investigated with potential charges to follow.

Robust criminal defense may be needed if high speed, distractions, or intoxicants were involved.

Damage caused to another vehicle or another driver suffering from whiplash could lead to a personal injury claim or being sued for damages.

With possible damages sought, a Nebraska personal injury lawyer can advise you of the right steps to follow.

Also, they’ll be there to help you and reduce your anxiety over what you don’t understand.