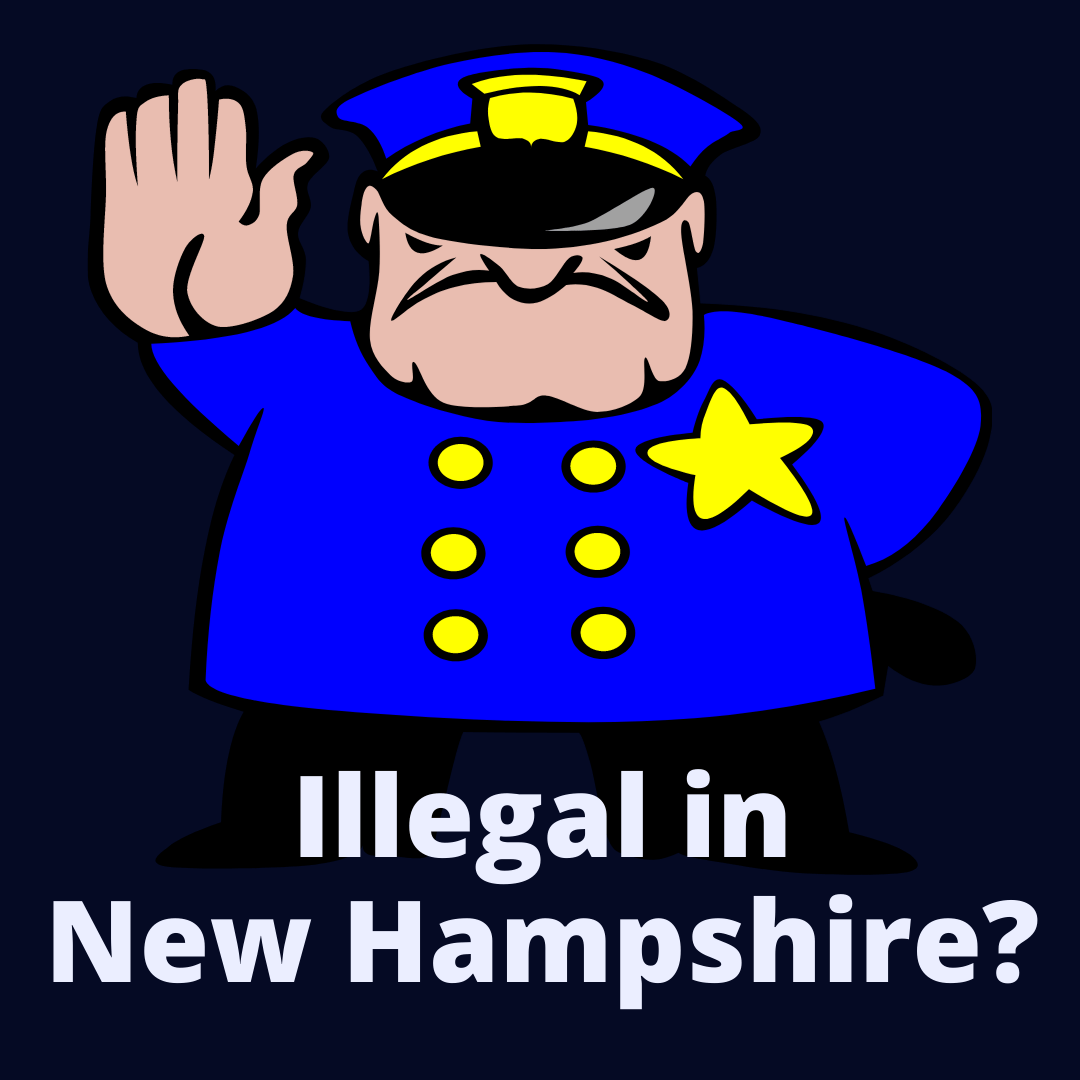 No, we were unable to locate a traffic law that prohibits changing lanes in an intersection in New Hampshire.

We would recommend against doing so because it is not the best move.

Our article explains the relevant New Hampshire traffic laws, including ones in an intersection, to make note of.

Is It Illegal To Change Lanes In An Intersection In New Hampshire? (EXPLAINED)

Lane changes in an intersection were not specifically covered under New Hampshire traffic laws.

However, all drivers in the state are expected to use due care when controlling their motor vehicles. This is a good starting point and is laid out in traffic law 265:37:

Notwithstanding the foregoing provisions of this chapter or the provisions of any local ordinance, every driver of a vehicle shall exercise due care to avoid colliding with any pedestrian or any person propelling a human-powered vehicle and shall give an audible signal when necessary and shall exercise proper precaution upon observing any child or any obviously confused, incapacitated or intoxicated person.

Driving on the right side of the road and exceptions for turning at an intersection are stipulated in New Hampshire 265:16:

Upon all roadways any vehicle proceeding at less than the normal speed of traffic at the time and place and under the conditions then existing shall be driven in the right-hand lane then available for traffic, or as close as practicable to the right-hand curb or edge of the roadway, except when overtaking and passing another vehicle proceeding in the same direction or when preparing for a left turn at an intersection or into a private road or driveway.

Allowing sufficient space between vehicles to operate safely is covered under 265:17 for Approaching Vehicles:

I. Drivers of vehicles proceeding in opposite directions shall pass each other to the right, and upon roadways having width for not more than one line of traffic in each direction, each driver shall give to the other at least 1/2 of the main-traveled portion of the roadway as nearly as possible.

There are statutes about overtaking on the left (and the right). These do not relate only to intersections, but are more broadly applicable:

I. The driver of a vehicle overtaking another vehicle proceeding in the same direction shall pass to the left thereof at a safe distance and shall not again drive to the right side of the roadway until safely clear of the overtaken vehicle.

This law also lays out what a vehicle being overtaken is expected to do:

The source for the legal statutes above covering the traffic laws in New Hampshire is found here.

it is fairly common to learn in driver’s education or from the driving teacher (like a parent) that changing lanes in an intersection is illegal.

Turns out, its not recommended because it is dangerous, not because there is a law prohibiting it.

Okay, It’s Not Illegal In New Hampshire To Change Lanes In An Intersection. But Why Did I Get A Ticket?

Quite simply, you violated a law.

Just not the one that you thought.

While drivers can be prone to believe that the law enforcement officer is just having a bad day and taking it out on other people, that’s rarely the case.

Maybe their bad mood can lead to not letting a few things slide and being a little harder on some drivers, but a flagrant infraction of traffic laws is not in the same league.

In reality, if you changed lanes and didn’t signal until the last minute, that’s not so great. They probably noticed this.

Possibly, if your driving seems a little “off” and they noticed… They wanted to pull you over and see if your breath smelled of alcohol.

Also, you may have not allowed a reasonable distance between your vehicle and the one in front.

Ultimately, it could be any number of things that created the traffic law infraction.

Now, if you got into a fender bender, that’s a whole different deal.

With a car accident, many more questions are asked.

Emotions are enflamed, fingers get pointed, and trouble is brewing.

At this point, you should be thinking of ‘criminal defense’ as your go-to protection.

Also, should anyone have been injured or property damaged in the accident, that’s far worse. Law enforcement comes down hard on that. Lawyers for other parties involved in the accident could begin litigation too.

They’ve been through all possible scenarios many times before; they know what needs to be done.