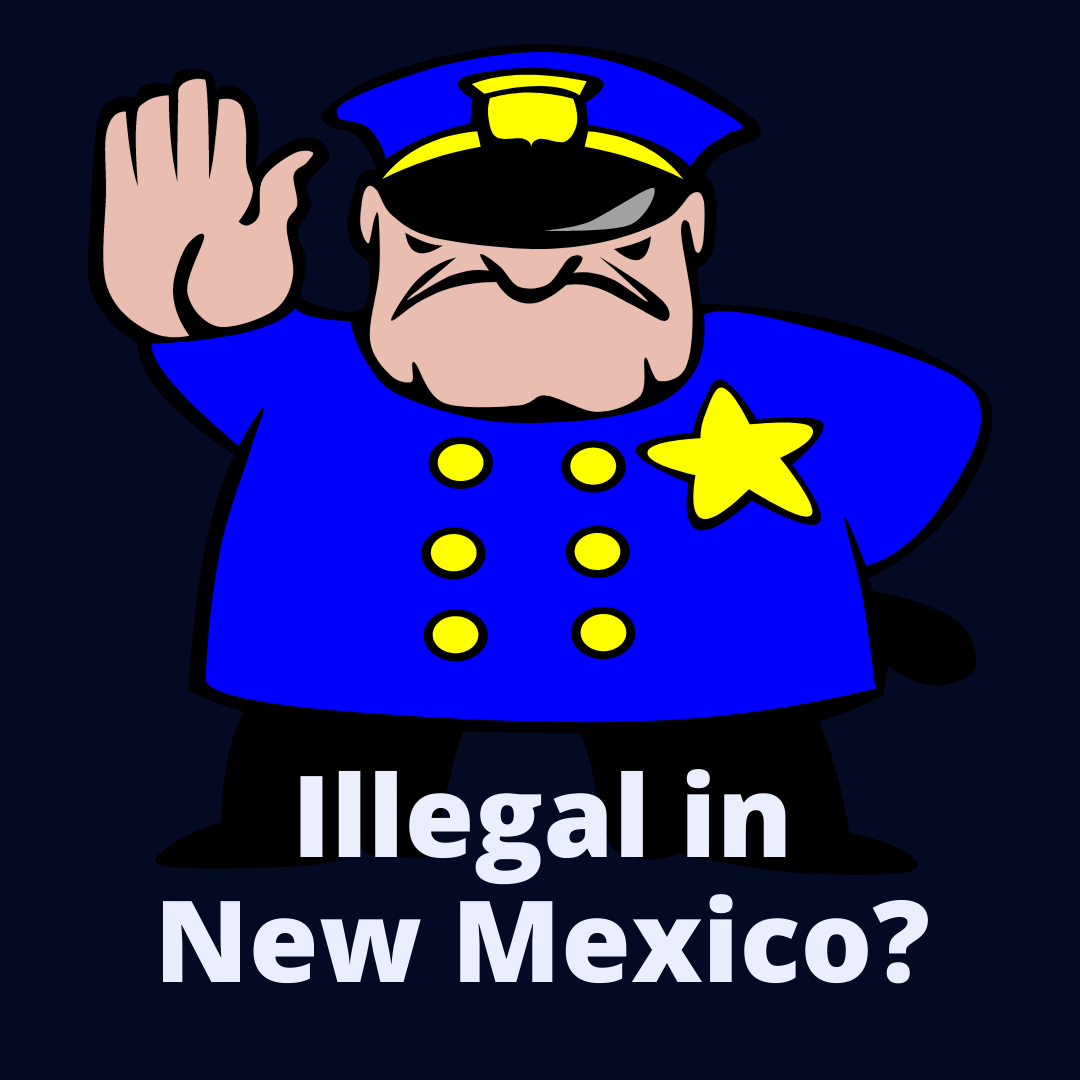 We failed to find a statute that makes it illegal to change lanes in an intersection in New Mexico.

That’s not altogether surprising though, because few states have actually enacted such a law.

For drivers who approach intersections too casually, it’s important to appreciate that anything other than driving straight through an intersection, is riskier. This includes changing lanes mid-way too.

Our article explains what you need to know about state law for intersections, changing lanes, turning, and more.

Is It Illegal To Change Lanes In An Intersection In New Mexico? (EXPLAINED)

The approach to intersections has legislation confirming how drivers should proceed:

A. The driver of a vehicle approaching an intersection shall yield the right-of-way to a vehicle which has entered the intersection from a different highway.

Also, multiple highways connected via an intersection with more than one vehicle approaching is covered in the B section below:

For making a turn at an intersection, the New Mexico motor vehicle code 66-7-329 covers what to do when planning to turn left:

The driver of a vehicle within an intersection intending to turn to the left shall yield the right-of-way to any vehicle approaching from the opposite direction which is within the intersection or so close thereto as to constitute an immediate hazard, but said driver, having so yielded and having given a signal when and as required by the Motor Vehicle Code [66-1-1 NMSA 1978], may make such left turn and the drivers of all other vehicles approaching the intersection from said opposite direction shall yield the right-of-way to the vehicle making the left turn.

Furthermore, with New Mexico Traffic Code 66-7-322, additional stipulations are made regarding vehicle positioning when either turning left or right at intersections:

A. both the approach for a right turn and a right turn shall be made as close as practicable to the right-hand curb or edge of the roadway

No-passing zones allow jurisdictions to make either temporary or permanent distinctions for areas where no overtaking is permitted. New Mexico Code 66-7-315 does exactly this:

A. The state transportation commission and local authorities may determine those portions of any highway under their respective jurisdictions where overtaking and passing or driving on the left of the roadway would be especially hazardous and may, by appropriate signs or markings on the roadway, indicate the beginning and end of such zones. When the signs or markings are in place and clearly visible to an ordinarily observant person, every driver of a vehicle shall obey the directions of the signs or markings.

Passing vehicles or overtaking them, including changing lanes to do so, is legislated in Code 66-7-310:

A. the driver of a vehicle overtaking another vehicle proceeding in the same direction shall pass to the left thereof at a safe distance and shall not again drive to the right side of the roadway until safely clear of the overtaken vehicle; and

The driver of the overtaken vehicle also has a law to guide them too:

It is generally common to learn in driver’s education that you should not change lanes in an intersection, and to see the same messaging in DMV training materials.

It is a bad idea to change lanes in intersections, as it is dangerous.

Thus it makes sense that people would be taught to avoid it.

The misconception gets repeated, and is then treated as fact.

If It’s Not Illegal In New Mexico To Change Lanes In An Intersection, Why Did I Get A Ticket?

Tickets can be issued by a police officer for many valid reasons.

While we’re still upset, it’s possible to find it difficult to console ourselves or believe that we did anything wrong. Yet, it’s rare to get ticketed without a valid reason.

Speeding or driving unsafely can be good reasons to do so.

Also, a late lane change causing other drivers to brake or alter their course to avoid your vehicle is certainly a valid reason to be ticketed too.

Ultimately, the officer is likely the best person to clarify what they feel they saw and what you did that was incorrect.

Under New Mexico Code 66-7-206, drivers involved in an accident are required to notify the proper authorities:

The driver of a vehicle involved in an accident resulting in bodily injury to or death of any person or property damage to an apparent extent of five hundred dollars ($500) or more shall immediately, by the quickest means of communication, give notice of the accident to the police department if the accident occurs within a municipality; otherwise to the office of the county sheriff or the nearest office of the New Mexico state police.

A car accident, especially in an intersection, is not a trivial matter.

Staying at the scene and reporting the incident are both required. Wherever possible, rending aid is expected under section 67-7-203 of New Mexico Motor laws when other people are injured.

When there are personal injuries, you may eventually need to consult with an attorney.

Finding an effective New Mexico motor vehicle accident lawyer early on is smart if there are injured parties.