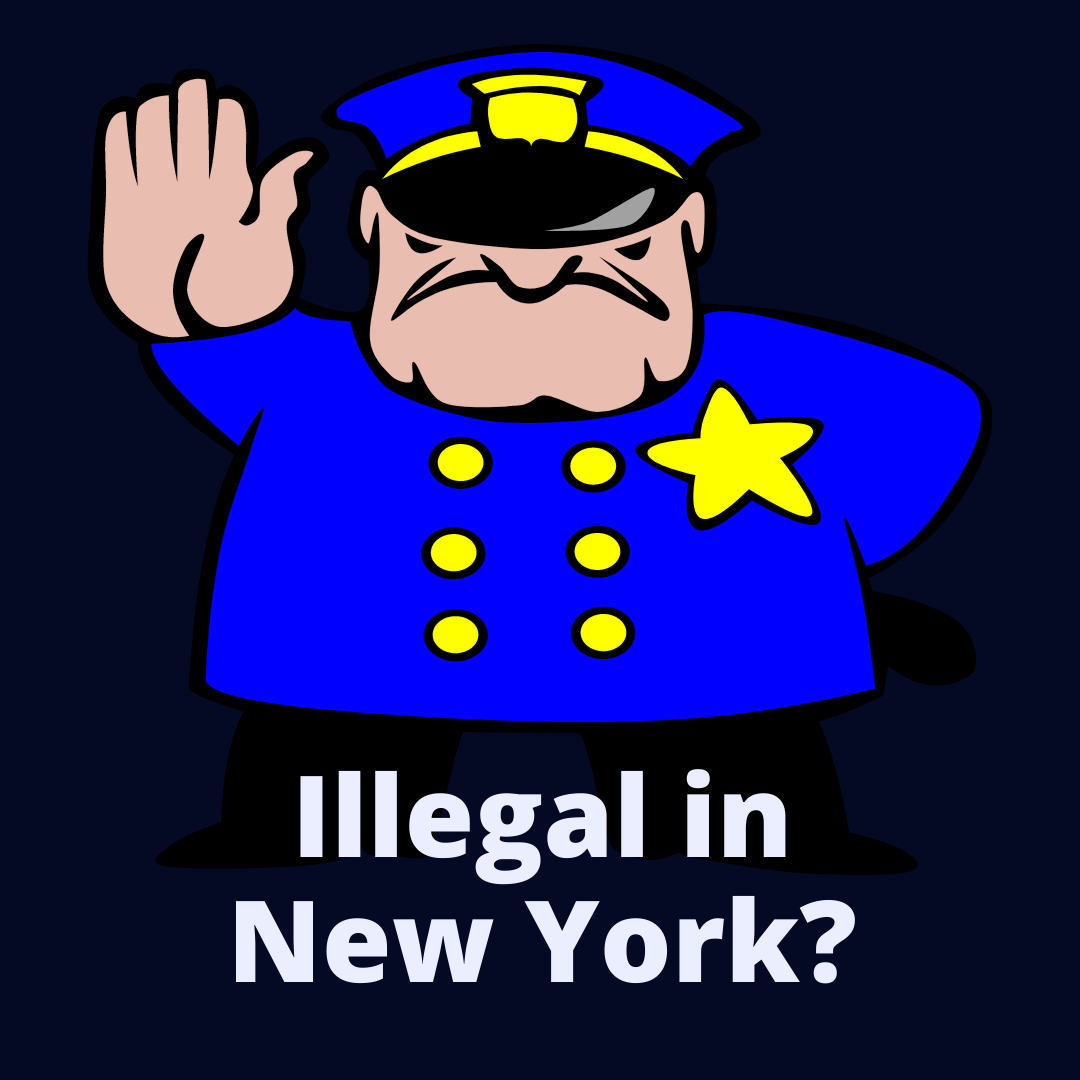 No, we did not find a statute on the books that make it illegal to change lanes in an intersection in New York.

Given how busy traffic commonly is in NYC though, we’d avoid changing lanes this way if at all possible.

To learn more about the relevant motor laws in The Big Apple, read on.

Is It Illegal To Change Lanes In An Intersection In New York? (EXPLAINED)

Both the approach to an intersection and how to enter it is covered under New York § 7-26-1140:

The driver of a vehicle approaching an intersection shall yield the right of way to a vehicle which has entered the intersection from a different highway.

Multiple connecting highways onto intersections is also legislated too:

Then left turns on roadways that run in both directions, and intersections, are legislated:

(a) The driver of a vehicle overtaking another vehicle proceeding in the same direction shall pass to the left thereof at a safe distance and shall not again drive to the right side of the roadway until safely clear of the overtaken vehicle.

The need to give way to the overtaking vehicle is also covered in the B section:

Passing or completing an overtaking maneuver with vehicles traveling in either direction is included in New York § 7-25-1121:

Drivers of vehicles proceeding in opposite direction shall pass each other to the right, and upon roadways having width for not more than one line of traffic in each direction each driver shall give to the other at least one-half of the main-traveled portion of the roadway as nearly as possible.

The traffic in New York is a common cause for complaint when frequently being stuck in it.

Nevertheless, because it’s usually so busy night or day, it is still uncommon to see vehicles changing lanes while passing through an intersection.

It might seem logical to think that changing lanes there would be illegal. But for the majority of states haven’t passed a law making that the case, including New York state.

However, should you try it, and it results in an accident, it won’t be a pretty situation for you. Rest assured of that.

Not Illegal In New York To Change Lanes In An Intersection? Ok, So Why Did I Get A Ticket?

Getting a ticket for poor driving is most often for a good reason. It does depend on the situation though.

Certainly, if you changed lanes out-of-the-blue combined with late signaling leaving other drivers almost no time to react, that’s an issue. Accidents can easily result from this type of driver behavior.

A vehicle that was preparing to make a left turn pausing longer than expected causing backed-up traffic, because of your lane change is another.

Other reasons might be the cause of receiving a ticket too.

Car accidents are worrisome because there is often plenty of blame to go around.

Let’s face it, people are worried about their premiums rising and don’t want to acknowledge where fault reasonably lies.

If you’re right in the middle of the mess, then you should accept that it might make sense to confer with a New York motor vehicle accident attorney.

That’s the case even if you do not feel that you caused the accident.

Also, where there are mangled vehicles or injuries to other people, then you need to consider hiring a New York criminal defense law, especially if the circumstances involved distracted driving or reckless driving.

They’ve seen it all before and know what you should do and say.