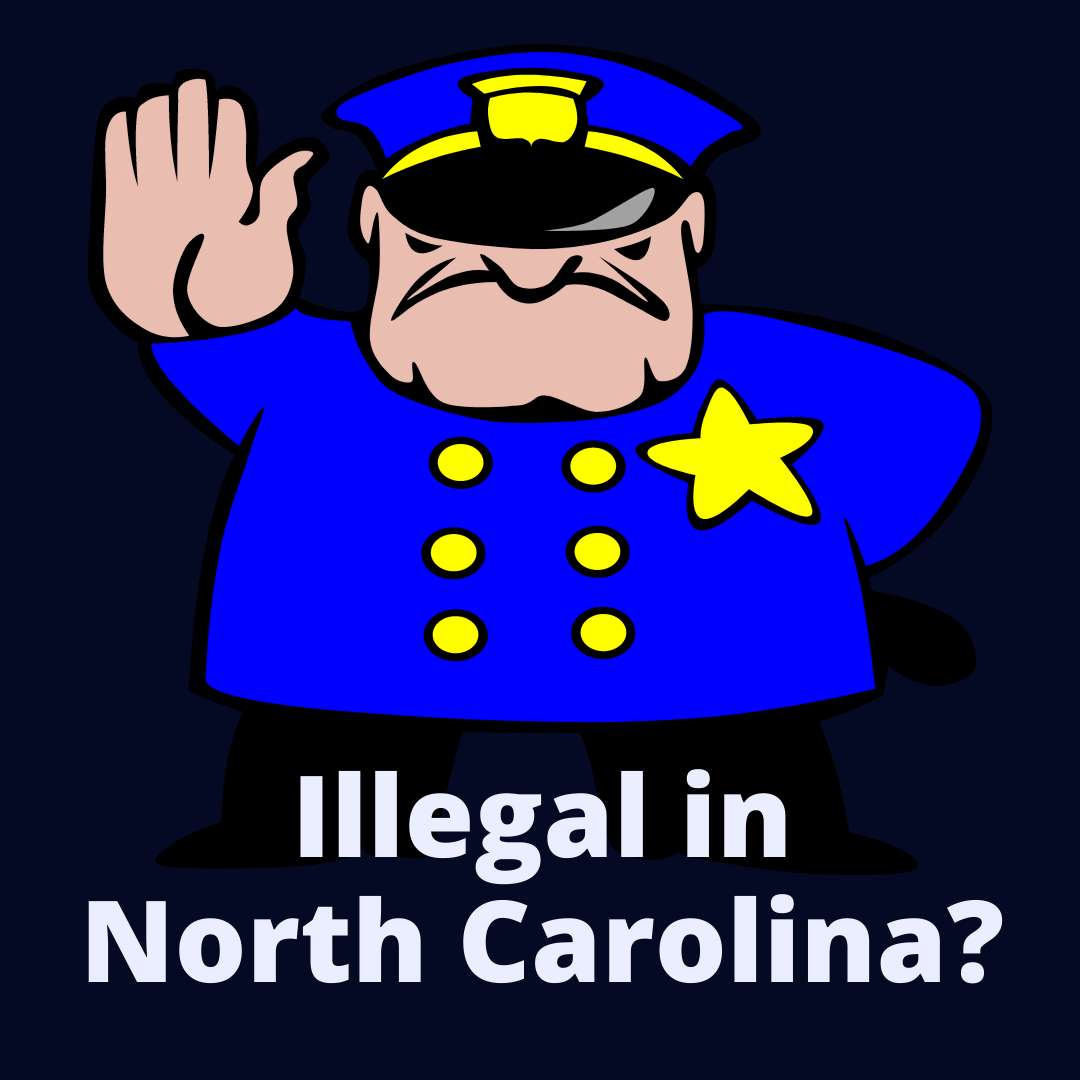 We were unable to find a statute that specifically prohibited someone from changing lanes in an intersection in North Carolina.

It is not the best idea to do it. It adds more risk on the road than most drivers are willing to accept.

See below for more information on North Carolina’s driving laws for intersections, highways connecting to them, and other matters.

Is It Illegal To Change Lanes In An Intersection In North Carolina? (EXPLAINED)

The right-of-way when approaching an intersection or entering it is covered under North Carolina § 20-155:

(b) The driver of a vehicle intending to turn to the left within an intersection or into an alley, private road, or driveway shall yield the right-of-way to any vehicle approaching from the opposite direction which is within the intersection or so close as to constitute an immediate hazard.

Making turns at an intersection – either left or right – is legislated under North Carolina state law § 20-153:

(a) Right Turns. – Both the approach for a right turn and a right turn shall be made as close as practicable to the right-hand curb or edge of the roadway.

Passing and overtaking are noted as a privilege and have more extensive laws than some other states.

The most relevant part of the statute is quoted below, but note that multiple sections may be worth reading from the source (linked below):

The driver of a vehicle shall not overtake and pass another on any portion of the highway which is marked by signs, markers or markings placed by the Department of Transportation stating or clearly indicating that passing should not be attempted. (abridged)

The driver of any such vehicle overtaking another vehicle proceeding in the same direction shall pass at least two feet to the left thereof, and shall not again drive to the right side of the highway until safely clear of such overtaken vehicle. This subsection shall not apply when the overtaking and passing is done pursuant to the provisions of G.S. 20-150(e) or G.S. 20-150.1.

Lastly, special consideration is made for intersections and railroad crossings:

In crossing an intersection of highways or the intersection of a highway by a railroad right-of-way, the driver of a vehicle shall at all times cause such vehicle to travel on the right half of the highway unless such right side is obstructed or impassable. (1937, c. 407, s. 109.)

Lane changes in an intersection aren’t a regular occurrence. They are done, but rarely.

Their rarity means that it can cause other drivers to be shocked and they may react irrationally too.

Because of these kinds of considerations, most drivers prefer to stay safe and stick to their lane while traveling through an intersection.

That’s the sensible thing to do.

Just because it’s sensible, it doesn’t follow that everyone is too.

Despite this, changing lanes in an intersection isn’t illegal in North Carolina, even though some people might believe it is not safe.

It’s Not Illegal In North Carolina To Change Lanes In An Intersection, Why Did I Get A Ticket?

You violated a law….just not the one you thought.

North Carolina is one of the states that has a statute related to aggressive driving.

It gets specific about careless driving with disregard for other people, what’s considered illegal passing, and a failure to act appropriately regarding right-of-way.

Changing lanes in an intersection likely wouldn’t be considered aggressive driving, even if it resulted in a minor accident. But poor driving behavior could still lead to a traffic ticket being issued.

Risky moves like changing lanes too suddenly and without warning may lead to a ticket.

Also, drifting across the line when taking your eye off the road could suggest that you’re driving under the influence.

The police officer won’t know that you were leaning over to get something from a side compartment, and may want to see what the problem was?

Car accidents are where things get problematic in a hurry.

North Carolina has a statute relating to aggravated, serious injury, and fatalities caused by a motor vehicle. There is also a duty to stop in a crash, assist, and proper notification too.

In any accident where there are damages to property or physical injuries, expect to need to get ready for criminal defense. At the very least, you’ll likely have important questions to answer.

Conferring with a North Carolina motor vehicle accident attorney should be high on your list of priorities.

It could end up being the best decision you ever made.