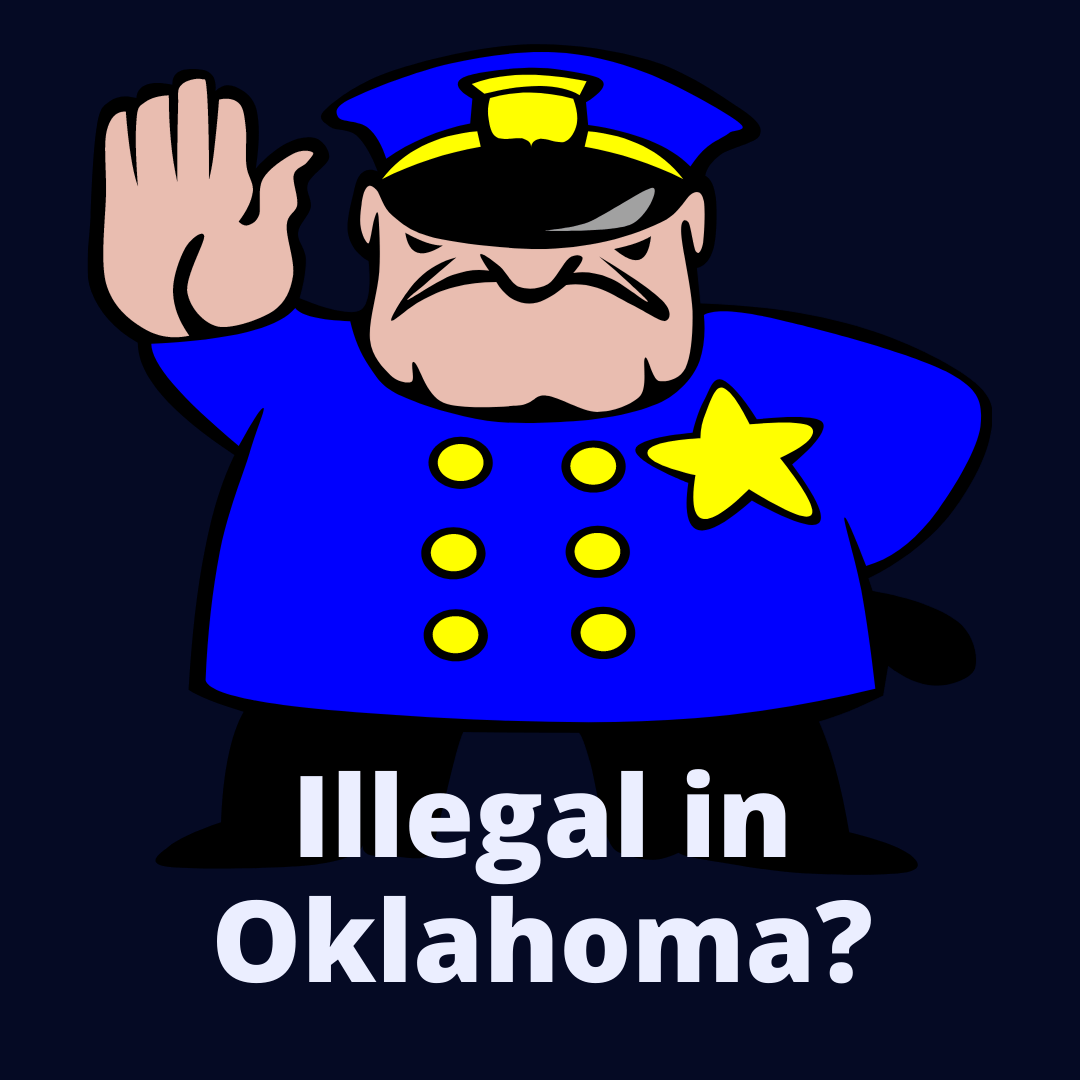 We located no traffic laws in Oklahoma that prohibited changing lanes in an intersection in that state.

Regardless, it is best to drive through an intersection and not try to change lanes.

It reduces the likelihood of being involved in an accident, and can still result in a ticket (on other grounds).

Read on to learn more about laws on the books for intersections, lane changes, and other actions while driving.

Is It Illegal To Change Lanes In An Intersection In Oklahoma? (EXPLAINED)

Maneuvering across an intersection in Oklahoma, and getting into the correct position to make a turn, is provided for under statute §47-11-604:

A. No person shall turn a vehicle at an intersection, a public or private road, or a driveway, unless the vehicle is in proper position upon the roadway as required in Section 11-601 of this title, or move right or left upon a roadway unless and until such movement can be made with reasonable safety. No person shall so turn any vehicle without giving an appropriate signal as provided in subsection B of this section, in the event any other traffic may be affected by such movement.

Signaling your intention to turn is covered under section B:

B. A signal of intention to turn right or left as required by law shall be given continuously during not less than the last one hundred (100) feet traveled by the vehicle before turning.

A deceleration should not be done without prior warning:

C. No person shall stop or suddenly decrease the speed of a vehicle without first giving an appropriate signal in the manner provided in subsection B of this section to the driver of any vehicle immediately to the rear when there is opportunity to give such signal.

Intersection approaches and entering an intersection is specified under §47-11-401:

B. When two vehicles enter or approach an intersection from different highways at approximately the same time, except as provided in subsection A of this section, the driver of the vehicle on the left shall yield the right-of-way to the vehicle on the right.

No-passing zones may be established prohibiting changing lanes as part of a passing or overtaking activity:

(a) The Oklahoma Department of Highways or other designated authorities are hereby authorized to determine those portions of any highway where overtaking and passing or driving to the left of the roadway would be especially hazardous and may by appropriate signs or markings on the roadway indicate the beginning and end of such zones and when such signs or markings are in place and clearly visible to an ordinarily observant person every driver of a vehicle shall obey the directions thereof.

Provisions are made for what a driver is expected to do when going in the opposite direction to other drivers:

Drivers of vehicles proceeding in opposite directions shall pass each other to the right, and upon roadways having width for not more than one line of traffic in each direction each driver shall give to the other at least one-half (1/2) of the main traveled portion of the roadway as nearly as possible.

So, it’s Not Illegal In Oklahoma To Change Lanes In An Intersection, Why Did I Get A Ticket?

Tickets are issued basic on local traffic laws and how far driver behavior veered away from it.

Sometimes, it’s a matter of degrees – 4 MPH over the speed limit – whereas other times it’s a flagrant example of illegal driving practices.

Sure, switching lanes mid-intersection is unusual.

But it’s only if it puts other drivers, passengers, or pedestrians in danger that it would get ticketed.

And then it wouldn’t be specifically for changing lanes in an intersection, but for breaches of traffic laws connected to the activity.

After an accident, there is an immediate requirement to notify the authorities.

Also, there’s a statute requiring drivers to stop and wait at the scene of the crime, especially when there’s vehicle damage.

A failure to stop only makes matters worse:

B. Any person willfully, maliciously, or feloniously failing to stop to avoid detection or prosecution, or to comply with said requirements under such circumstances, shall upon conviction be guilty of a felony punishable by imprisonment for not less than one (1) year nor more than ten (10) years, or by a fine of not less than One Thousand Dollars ($1,000.00) nor more than Ten Thousand Dollars ($10,000.00), or by both such fine and imprisonment.

Statutes exist in Oklahoma both for non-fatal and fatal injuries as a result of the accident.

Personal injuries to any drivers or passengers are germane to the case and may require criminal defense against any accusations (or to avoid them being leveled at you).

Also, conferring with an Oklahoma motor vehicle accident attorney early on can be really helpful.

If you’re injured and it’s someone else’s fault, they can pursue the matter on your behalf.

And should the opposite be true, they can prepare you for what to expect.