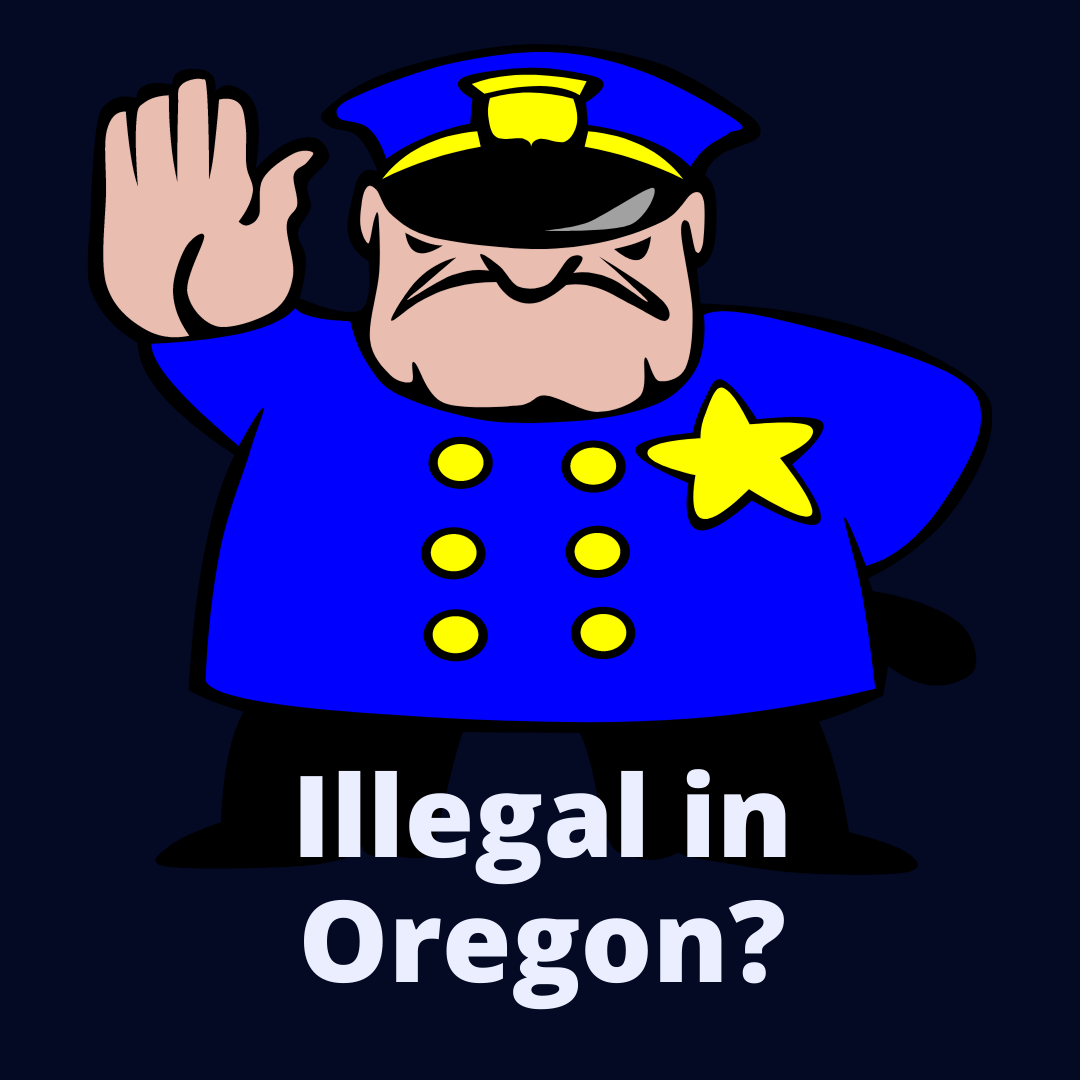 We did a search, but no statutes were discovered making it illegal in Oregon to change lanes in an intersection.

However, that doesn’t mean it’s a best practice when it comes to safe driving, and the maneuver can still produce a traffic ticket.

Our article goes into detail about relevant traffic laws in Oregon to know about.

Is It Illegal To Change Lanes In An Intersection In Oregon? (EXPLAINED)

Oregon broadly covers a driver’s responsibilities for care for other vehicles and occupants and pedestrians:

Safe distance rules are laid out in statute 811.147, including when and how to make lane changes:

(a) On a highway having two or more lanes for traffic in a single direction, fails to:

An uncontrolled intersection and not yielding right-of-way is legislated under Oregon Traffic Code 811.275:

Basic stipulations with vehicles going in opposite directions include the following from statute 811.300:

1) A person commits the offense of failure to drive on the right of an approaching vehicle if the person is operating a vehicle upon a roadway having width for not more than one lane of traffic in each direction and the person does not:

(a) Pass to the right of any other vehicle proceeding on the roadway in the opposite direction; and

(b) Give to the other at least one-half of the main traveled portion of the roadway as nearly as possible.

The Oregon Rules of the Road driving laws can be found here.

It is possible to change lanes while traversing an intersection. Some people do it. But it’s less than optimal.

Oregon hasn’t made it illegal, despite what you might believe.

It’s more about how safely you changed lanes, and what you did before and after that’s more relevant.

This determines the degree of potential illegality.

If It Is Not Illegal In Oregon To Change Lanes In An Intersection, Why Did I Get A Ticket?

There are many ways to get a ticket for your driving in Oregon.

A fair number of Rules of the Road laws are on the books. So, it’s good to know what you can and cannot do to avoid running afoul of state laws.

Changing lanes inappropriately by moving into the wrong lane, changing speed suddenly, or a failure to signal would all be cause for being ticketed.

Other issues such as the aforementioned failure to yield can appear dangerous with the potential to cause an accident.

This would also break one or more statutes and potentially lead to a ticket.

There are statutes in Oregon for careless driving and one for vehicle assault too.

If you get into an accident, especially in an intersection, it could be raised as a potential issue.

Interpretation of an accident scene, factual differences in witness statements, and even dashcam footage doesn’t always tell the complete story.

Therefore, you can be accused or blamed due to confusion over what happened.

Do not discount that you may need the advice of an Oregon motor vehicle accident attorney.

This is especially the case if your crash involved intoxicants, high speed, or distracted driving.

This is even the case if you have insurance.