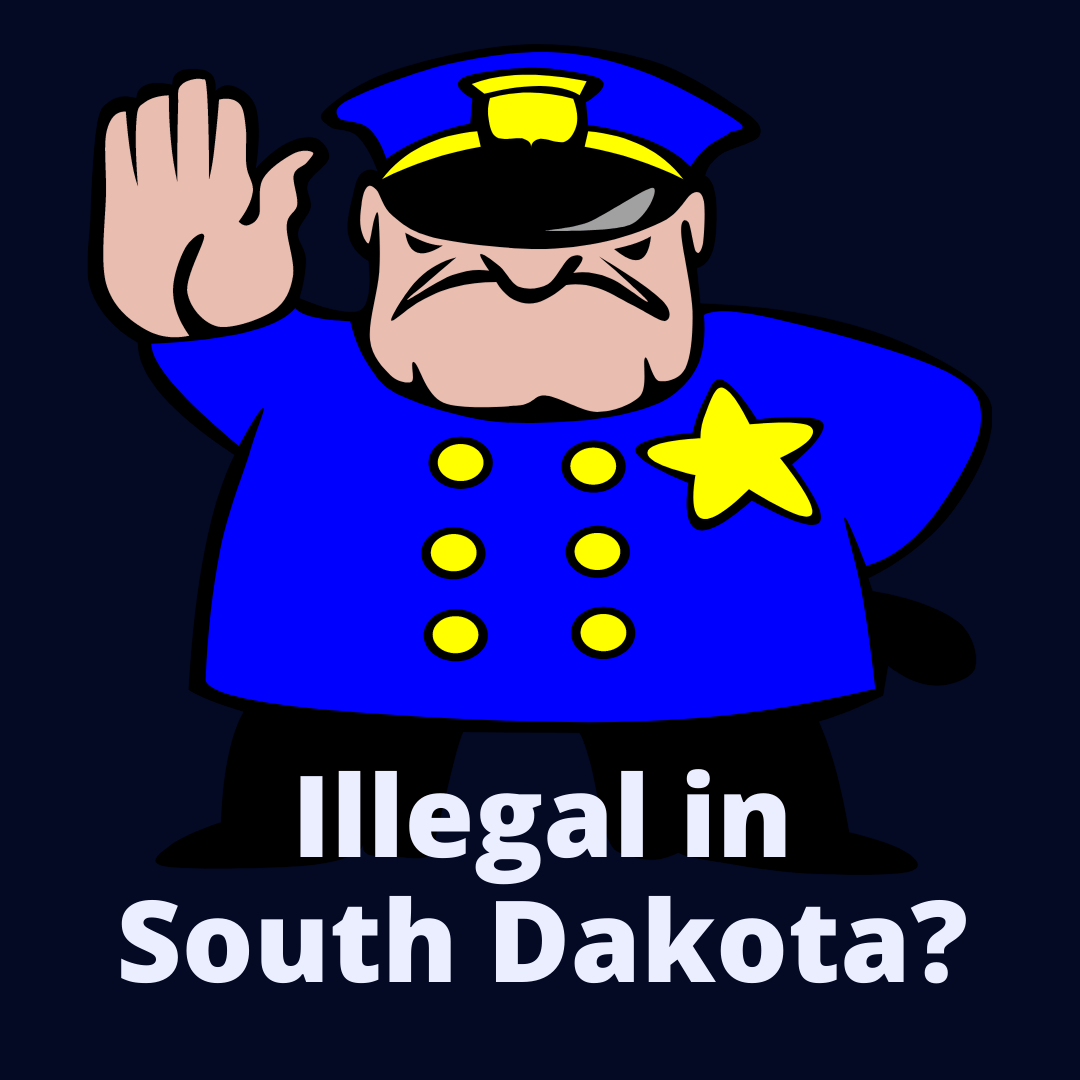 South Dakota is no exception to many other states in that it has no statute on the books making it illegal to change lanes in an intersection.

However, you can still get a ticket while doing it.

Fortunately, there are plenty of other laws that provide both appropriate legal framework and guidance to drivers about what is expected under the law.

To learn more, read on.

Is It Illegal To Change Lanes In An Intersection In South Dakota? (EXPLAINED)

Under statute 32-26-2, when crossing an intersection of multiple highways, it’s necessary to keep to the right unless there is a blockage or other impediment to doing so:

In crossing an intersection of highways or the intersection of a highway by a railroad right-of-way, the driver of a vehicle shall at all times cause such vehicle to travel on the right half of the highway unless such right half is obstructed or impassable. A violation of this section is a Class 2 misdemeanor.

In South Dakota, right-of-way at intersections when two vehicles enter it together side-by-side is stipulated to avoid confusion:

When two vehicles approach or enter an intersection at approximately the same time, the driver of the vehicle on the left shall yield the right-of-way to the vehicle on the right except as otherwise provided in §§ 32-26-14 to 32-26-16, inclusive. The driver of any vehicle traveling at an unlawful speed shall forfeit any right-of-way which he might otherwise have hereunder. A violation of this section is a Class 2 misdemeanor.

Remaining in your lane (on a roadway already divided into multiple lanes) is necessary unless a lane change can be performed safely. As per statute 32-26-6:

On a roadway divided into lanes, a vehicle shall be driven as nearly as practicable entirely within a single lane and may not be moved from such lane until the driver has first ascertained that such movement can be made with safety. A violation of this section is a Class 2 misdemeanor.

Under statute § 32-26-3, drivers moving in opposite directions are provided legal guidance as to what is expected of them:

Drivers of vehicles proceeding in opposite directions shall pass each other to the right, each giving to the other at least one-half of the main-traveled portion of the roadway as nearly as possible. A violation of this section is a Class 2 misdemeanor.

Lastly, there is legislation for no-passing zones to allow local authorities and/or law enforcement to enforce areas where no passing or overtaking is permitted:

The driver of a vehicle may not overtake and pass any other vehicle proceeding in the same direction when traveling in a no-passing zone on highways or bridges when either marked by signs or lines on the roadways.

But If It Is Not Illegal In South Dakota To Change Lanes In An Intersection, Why Did I Get A Ticket?

Tickets are issued for various reasons.

They’re not usually random or without merit, despite what you might have believed at the time.

Law enforcement officers try to discharge their duties in a manner to keeps people safe. That includes, sometimes protecting people from themselves.

Driving that appears sketchy, inconsistent, or failing to adhere to traffic laws will cause the driver to be pulled over.

Given that that happened to you, the reason for the ticket is going to be explainable.

Car accidents, particularly ones in an intersection, are messy.

Not only is there the worry about injuries, and vehicle and other property damage, but there is the legal side of things too.

You may be accused of violating one or more traffic laws in the state.

The assistance of a South Dakota motor vehicle accident attorney may be required to handle this.