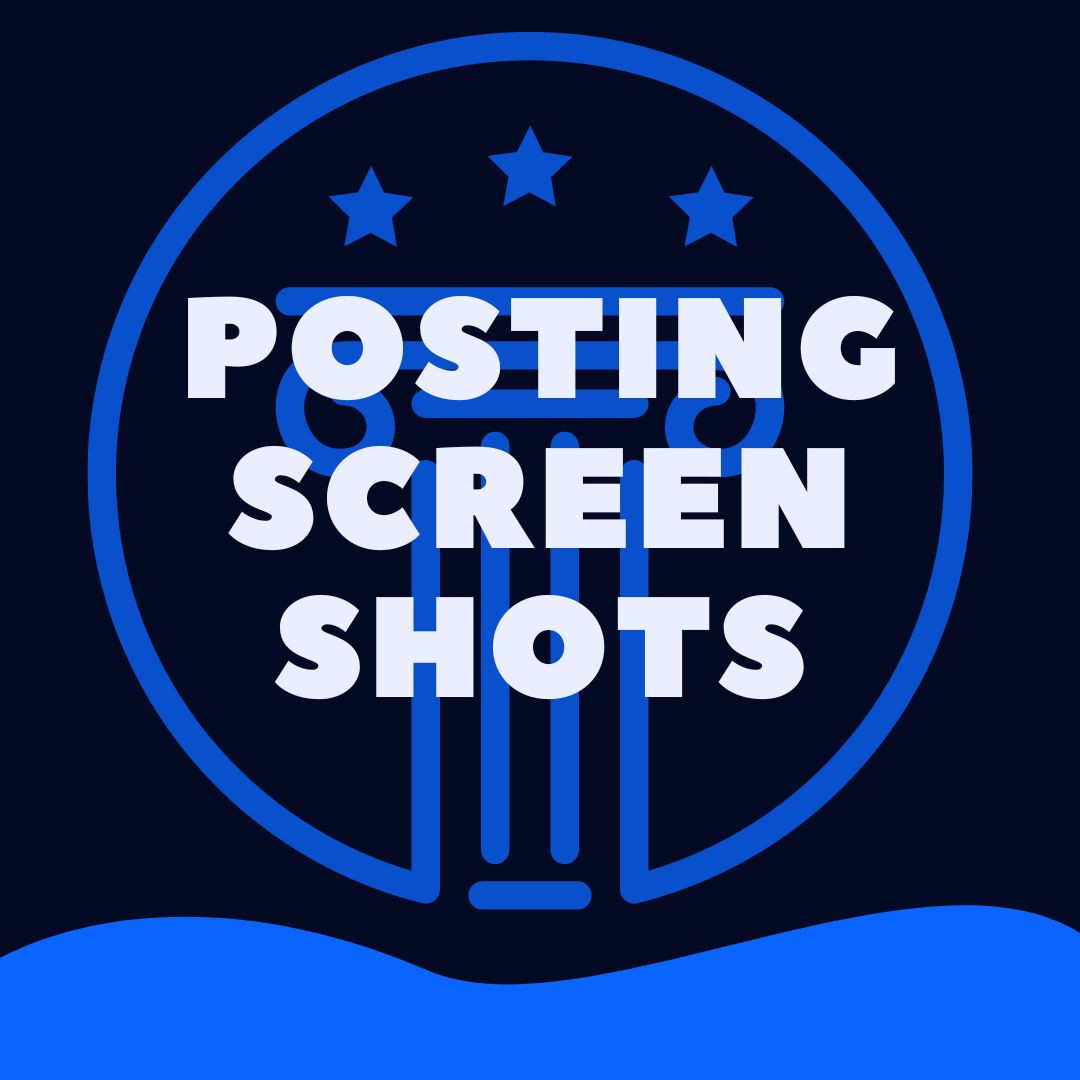 Is It Illegal To Post Screenshots of Conversations? (Discussion)

What is a Text Message?

Text messages are a burgeoning topic in the law.

In some contexts, text messages are considered communications (like speech).

In other instances, text messages are considered property (like a car or a piece of jewelry).

How the court views the message (as a communication or a ‘thing’) depends heavily on the circumstances of the dispute that has brought the case before the court in the first place.

This ambiguity makes it very difficult to concretely say how the court will treat the act of posting screenshots of conversations.

This first step right here is another place where courts may be divided.

If a text message is to be treated like a recorded conversation in a state where spoken conversations over the phone cannot be recorded without the consent of both parties, then arguably screenshotting text messages would be illegal.

If a text message is to be treated like a recorded conversation in a state where spoken conversations over the phone can be recorded if only one party consents, the screenshotting messages would be legal.

However, at this point, states have not yet incorporated text messaging into the laws about recorded conversations, and to our knowledge, there are no laws governing the collection and preservation of text messages for individual citizens. (yet)

Posting Saved Screenshots of a Conversation

When it comes to posting saved screenshots, the most likely way an individual is to get into legal trouble is on the civil side, rather than on the criminal side.

Just because something isn’t “illegal” doesn’t mean that a person should do it without fear of consequences.

However, a person could find themselves in criminal trouble for posting saved screenshots of private conversations in a multitude of ways.

First, if a person posted a saved conversation with the goal of assisting the commission of another criminality (such as manipulating stock prices, influencing a witness in a criminal case to say something different, or to place someone in fear of imminent bodily harm), posting the saved screenshots of the conversation is not legal.

Second, the actual posting (rather than the contents of the conversation) can be illegal.

For example, if a person is ordered not to have contact with another person, posting saved screenshots of the conversation could be considered an attempt to have ‘contact’ with the other person, as the definition of ‘contact’ in protective order proceedings is extremely broad.

Third, the sharing the information contained in the message (even if it was stated by the other person in the conversation) could be illegal.

The First Amendment can shield many a wrong-doer.

But it won’t shield someone who made information public that resulted in significant damage to a person or business, especially if that damage was intended.

While these types of cases are more rare, making protected proprietary information public could be considered a form of theft.

As the way we use technology changes, it is likely that more and more of these kinds of cases will find their way through the system and encourage legislative action.

Civil Side of Things

While it might not be illegal to save the messages, the impact of sharing a private conversation could result in significant harm or detriment to the other party.

If the sender had a reasonable expectation of privacy, the poster could get sued.

If the poster had agreed not to share the conversation, the poster could get sued.

If the poster had signed contacts (NDAs, employment agreements) about protecting these kinds of conversations, the poster could get sued.

If the posted only posted a part of the conversation that mischaracterized the situation (and reflected negatively on the sender in an unwarranted manner), the poster could get sued.

Posting conversations could be considered a form of harassment or be used in cases to prove that the poster meant to harm to the sender.

There’s no end to the creative ways that lawyers are incorporating the ways people try and hurt each other into their claims for damages.

There might be good reasons to do so, but the impacts of such actions could be far reaching and hard to anticipate.

Even if you pull down messages quickly, the internet is forever, and you’ll lose control over what people do with those original messages.

If you want to share some messages but you have concerns about what might happen to you if you do so, consider doing a consultation with a lawyer in your jurisdiction who is experienced with handling civil cases involving communication, and/or criminal cases.

They’ll be able to point you at the laws in your state that apply to your situation, or refer you to a specific attorney who can help with your specific situation.