Is It Illegal To Screenshot Text Messages? (No, But…)

In general, it is not illegal to screenshot text messages.

But there are circumstances when it could be illegal, and many when it is not wise to do so.

When Is It Illegal To Screenshot Text Messages? (EXPLAINED)

While the laws vary, there are a lot of laws surrounding the preservation of phone communications.

In some states, it is illegal to record a phone conversation without the consent of all the parties on the call.

In other states, it is legal for one party to record the call with the consent of at least one of the parties.

Text messages are communications made with a phone, but they are not subject to the same treatment.

Text messages straddle the line between phone communication and personal property, the ownership of which is up in the air (the user, the cell phone carrier, etc).

Plus, there are few laws governing text message, while there are decades old laws associated with phone calls.

Why Are Text Messages Treated Differently Than Phone Calls?

Many laws are enacted to protect the security and privacy of citizens.

People have an expectation or privacy when speaking on the phone, meaning that others will not be listening in and gathering private or sensitive information about them.

If a phone call is not recorded, then the information provided over the phone is not so easily transmitted or transferred, subject to the listener’s notes and recollections.

Text messages, on the other hand, are not thought to be private conversations.

Think about how a phone call happens–two people connected to each other over a line (now through the air).

It is a substitute for a private, person to person conversation.

Contrast that with a text message, be it SMS, Facebook Messenger, Snapchat, or some other communications app.

The message is composed, and then sent.

It leaves the sender more likely property, more like a letter.

It no longer belongs to the sender, becoming the property of others.

It might bounce through various hubs before it gets to the phone.

The recipient might not open their app to read the message for minutes, hours, days, or maybe ever.

Other people could open up the phone and read the message, usually with the permission of the owner of the phone (giving it to friends to take pictures, handing it to kids to play mobile games, playing music to everyone at the gym).

The internet is not a private place at all.

In fact, most of us assume that the internet is not private, which is why we take so many steps to protect ourselves and our information when using the internet.

Because text messaging (to phones and via computers) are inherently different, they are treated different.

When Would It Be Illegal To Take A Screenshot of a Text Message?

The most likely way someone could go wrong with text messages is taking a picture or a screen shot of a text messages on someone else’s phone without their express permission.

Let’s say you leave your phone on a table at a restaurant while you go to the bathroom.

Your date opens up your phone, reviews your messages, screen shots your conversation with someone else, and then sends the messages to him or herself.

This is clearly beyond the bounds of what is legal or acceptable, especially if the information “stolen” was later used to commit further illegal acts (like stealing banking passwords or pins).

Another situation where it would be illegal to take a screenshot is if the text message contained content that was illegal.

Foe example, let’s say that someone sent you illegal illicit photographs of a minor.

In general, it is not legal to possess these types of images on any device.

Rather than reporting the images to the police, you take a screenshot of these messages and keep them on your phone.

This could definitely result in prosecution if the screenshots were ever discovered on your device.

When Would It Be A Bad Idea To Take Screenshots of a Text Message?

The most likely scenario that comes to mind is if you have signed an agreement not to save text messages or to take screenshots of a conversation, pursuant to an NDA (non-disclosure agreement).

While you might not be breaking the law, you will have breached the contract.

This could result in the company/party suing you for damages.

Another situation is when you and the sender (perhaps in a personal relationship) have agreed that any messages between the two of you (especially of the physical or romantic type) will not be preserved or saved.

It might not be illegal to save those messages, but it would not be wise, especially if those images were later discovered on the device.

From a Legal Evidence Standpoint

From the lawyer/evidence standpoint, a witnesses recollections of something that was said or happened is the worst kind of evidence.

Yes, witness statements are still probative, but they are filtered through the lens of the listener.

A recorded call (transcribed or not) is dramatically more probative and believable, assuming that the evidence can be authenticated as a true copy.

Screen shots of text messages, assuming they are not manipulated, are also highly probative and valuable in a trial.

In general, attorneys advise their clients to “only say in text what you would be proud to see on the front page of the newspaper.”

Text messages is an easy to collect and easy to use evidence.

As text messaging becomes more prevalent, there may come a time when it does become illegal to screenshot and save messages without notifying the other party or getting their consent.

But for now, it is still the wild west. 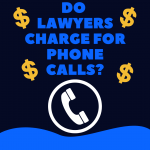 Do Lawyers Charge For Phone Calls? (Yes, But…)

How Do Probation Officers Find Out About New Charges? 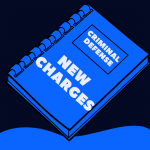