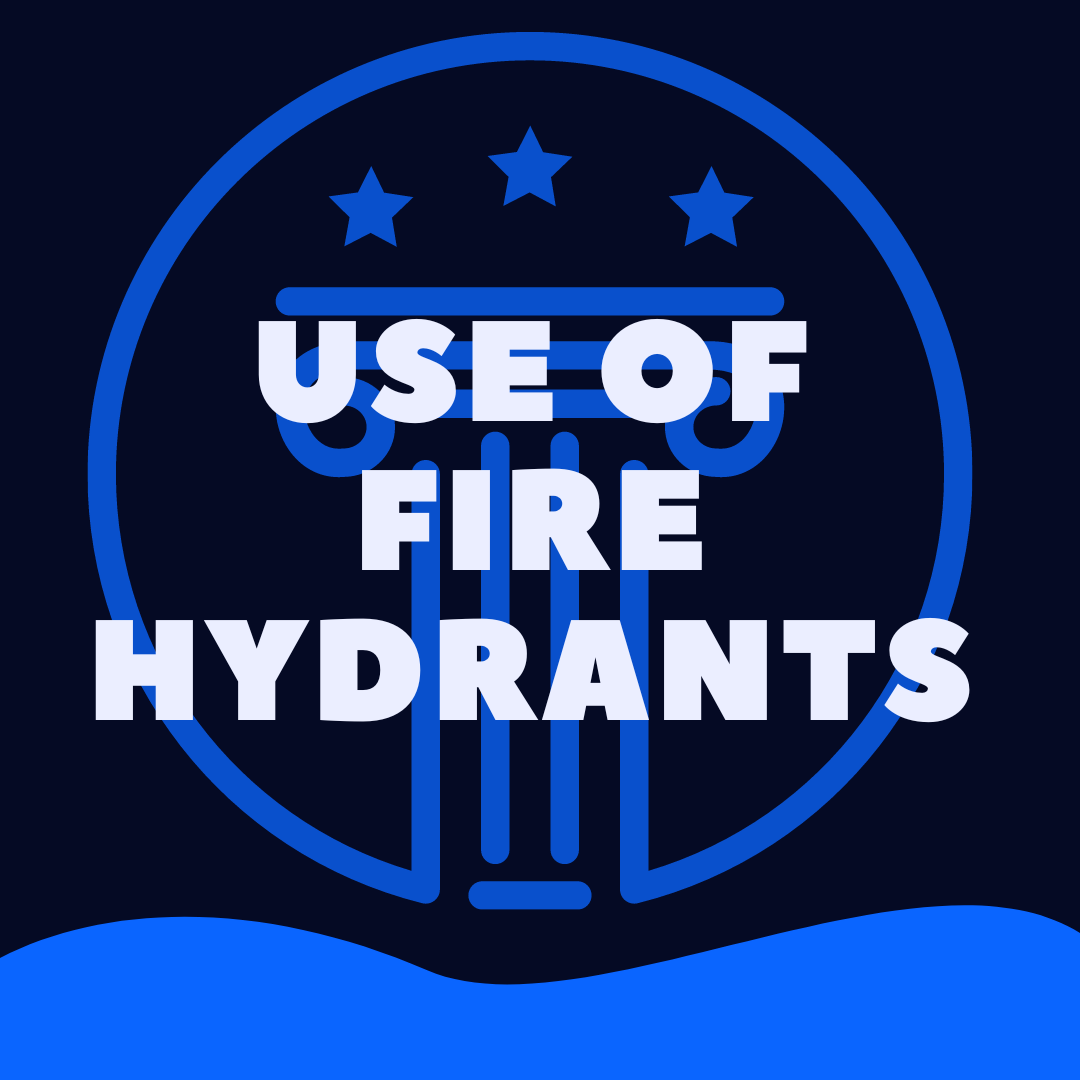 YES, it is illegal for citizens to use a fire hydrant without express permission from the local government in control of the hydrant.

People who are caught using fire hydrants without permission can be prosecuted.

In this article that follows, we’ll explain more about fire hydrants and what can and cannot be done with them.

Is It Illegal To Use a Fire Hydrant? (United States)

What is a Fire Hydrant?

A fire hydrant is an above-ground connection to the water main underground.

Firefighters use hydrants to access a lot of water at once, usually to fight a fire.

Contrary to popular belief, all fire trucks are not carrying all the water they would need to fight a fire.

Instead, they mostly carry tools, hoses, and people who connect the equipment to a water source (water truck or hydrant) to fight the fire.

Most cities have installed hydrants all around the city, including in the front yard of many residents.

While a close hydrant is a good thing in the event of a fire, it can be annoying to have to hydrant on the property and not be able to use it.

First and foremost, fire hydrants are not meant for use by public citizens.

All city water use by citizens is monitored, and citizens pay for their use of it.

No such monitors are placed on fire hydrants, so use by a citizen would circumvent the pay for use system (stealing).

Second, hydrants are not exactly ‘user-friendly.’

They are not meant to be used by lay persons.

Generally, they can only be opened with a specific kind of tool, which is generally only possessed by municipal employees.

Private citizens using their own tools could do damage to the hydrant, thereby putting nearby homes at risk if fire fighters cannot open it when they need it.

Third, use by individuals without training can cause damage to the city water system.

Fourth, the water in the hydrant is under pressure.

Someone who is inexperienced using the hydrant could end up injuring themselves or someone else.

For all these reasons (protection of government property, protection of city waterlines for the benefit of the public, and to prevent injury), the use of fire hydrants by citizens without permission is prohibited.

How Much Water Is In a Fire Hydrant?

There’s no water in a fire hydrant.

The hydrant is just a connector.

The limit of the amount of water that can be accessed has to do with the water supply, rather than a tank.

Most people aren’t aware that fire hydrants are actually color-coded to show at a glance what their water flow capacity is.

If the hydrant is read, it is a hydrant that can deliver less than 500 gallons per minute.

Blue-colored hydrants can deliver more than 1,500 gallons per minute.

Firefighters can gauge with a glance just how much water can be delivered in a fire situation, and may have to engage several hydrants to get adequate water pressure to use the needed number of hoses.

What should you know about having a fire hydrant on your property?

There are a few things you should know if you happen to have a fire hydrant situated on your property:

Can you drink water from a fire hydrant?

Yes, the water from a fire hydrant is totally drinkable.

If you’ve ever watched a hydrant being tested or flushed by firemen, you may have noticed a pink or orange tint to the water.

This is harmless sediment that builds up in the pipes and gets relieved during these periodic flushing events.

You will sometimes see hydrants that have been left open on purpose, and that generally means that flushing is in progress.

There is no health hazard associated with the rust-colored water that sometimes gets issued from hydrants, although if used in your laundry, you might see that the whites have been tinted pink or orange.

You should never attempt to open a hydrant yourself, since the water is under severe pressure inside, and it’s very possible that someone could get injured if they stand in a direct line with the water being output.

Another thing to remember about illegally opening up a fire hydrant is that it will almost certainly destroy the valves, thereby rendering the hydrant useless when it is needed most.

If a fire were to break out on a neighborhood block where the hydrant had been opened, it would not be able to provide the needed water for any firefighting efforts.

Having a fire hydrant in your neighborhood, and even right on your property, is usually good news for any homeowner.

This is because it guarantees that firefighters will have an adequate supply of water for fighting the fire and that it can be started up very quickly.

A side benefit of this is that it may also lower your homeowner’s insurance rates because it is thought that you have a better chance of surviving a fire with firefighting equipment installed right at your house.

However, there are also certain responsibilities that go along with having a hydrant installed on your property, the first of which is that it needs to be accessible to firefighters at all times.

You also need to avoid the temptation of ever using that water for purposes other than fighting fires, because that can leave you liable to prosecution.

By looking at the color-coding of the hydrant, you’ll be able to tell just how much water it’s capable of dispensing every minute, and consequently, how useful it can be during an actual fire event.